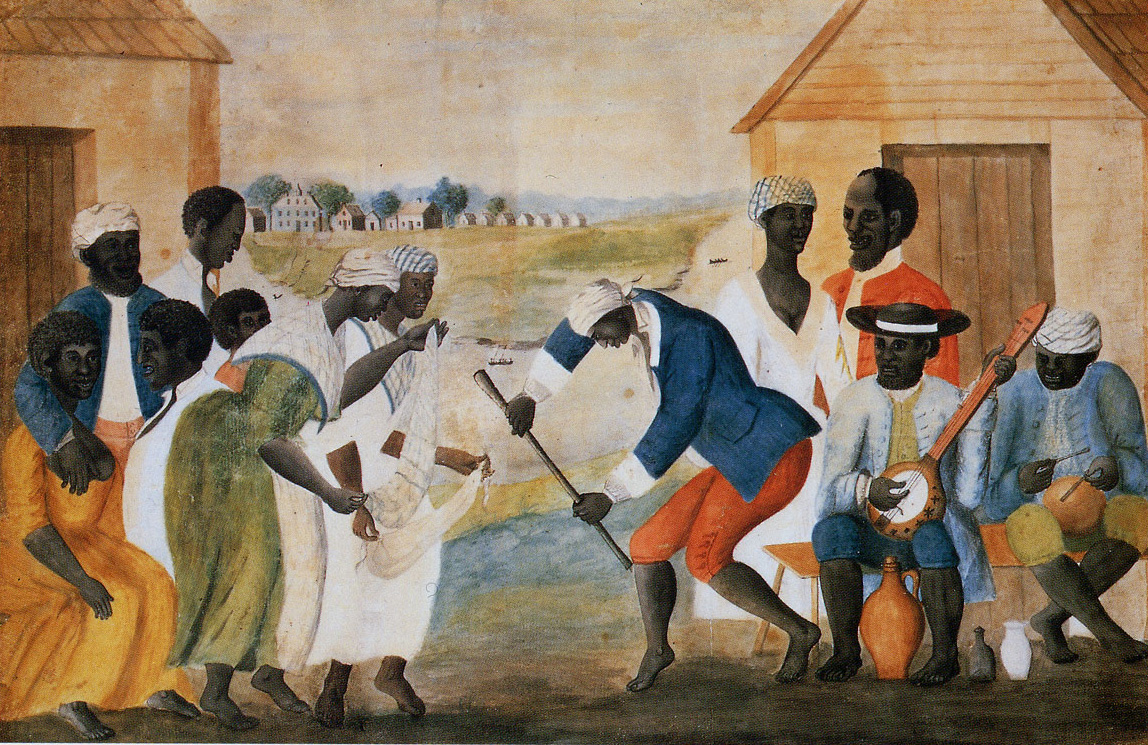 What archives tell us about early encounters in the French colonies

As Europe expanded its overseas colonies, fixed ideas of racial differences took hold. Historian Dr Mélanie Lamotte, whose forebears include a slave, is researching a brief period when European notions of ethnicity were relatively fluid. Early French settlers believed that non-white inhabitants of the colonies could be ‘civilised’ and ‘improved’.

In the mid-17th century, a French missionary called Pierre Pelleprat visited several Caribbean islands before travelling to French Guyana and the South American mainland. In an infamous account of his travels, he described the blacks of the Caribbean as “so hideous and misshapen that they fill you with horror”. Tellingly, however, he did not consider this ugliness to be beyond salvation: “I do not know whether my eyes were charmed, but I usually found [the negroes] better shaped and more pleasant after their baptism.”

Pelleprat was part of a generation of Europeans who began to travel widely, crossing oceans to encounter people whose cultures seemed alien and uncivilised. Arriving on the shores of the tropical islands of the Caribbean after a long and perilous sea voyage, Pelleprat and his compatriots would have met for the first time large native populations of Caribs as well as Amerindians and Africans. Many were enslaved to white settlers making fortunes in commodities such as sugar and tobacco.

The missionary’s words make shocking reading. But, says Dr Mélanie Lamotte (Faculty of History and Newnham College), it is worth exploring the beliefs that underpinned them. Lamotte is a researcher whose work focuses on colour prejudice and interethnic antagonism in the early modern French empire. A French national, educated at the Sorbonne in Paris and at Cambridge, Lamotte has a personal reason to be interested in the experiences of enslaved people. On her mother’s side, she is the descendant of a slave who, in the 18th century, was taken from the coast of Senegal to work on a sugar cane plantation on the Caribbean island of Guadeloupe.

A project to trace her own family ancestry took Lamotte on an often frustrating journey into archival materials. Accounts written by slaves are few; for generations, they were denied the opportunities afforded by education and literacy. She says: “I see my work as a form of historical reparation for the inhabitants of France’s former colonies whose history has long been neglected or twisted by analysts – and I hope that a better understanding of France’s colonial past will shed light on the roots of the social tensions apparent in France today.”

Research into the various ways in which race has been understood has generally taken the 18th century as its starting point. Encounters between people with different cultures have, of course, taken place for millennia – and it is hard to know how such differences were registered by those who experienced them. Lamotte suggests that records of 17th-century encounters between Europeans and inhabitants of distant lands reveal something remarkable. She says: “Rather than focusing on race as something inborn, early European travellers saw difference as something more fluid – and often as something that could be corrected by imposing ‘civilising’ influences.”

On the basis of her extensive work on underexplored archival material, Lamotte argues that before the 18th century, “race didn’t matter” in the same way that it came to matter when ideas of racial differences became more fixed, most famously by laws that prohibited marriages between different groups. Accounts from travellers in the French empire reveal that, although notions of blood and breeding were powerful in French society (for example in the preservation of the lineages of French nobility), the non-whites encountered by France’s empire-makers were initially not seen in the same terms.

Lamotte has looked in detail at records relating to the French empire in three contrasting locations: the island of Guadeloupe in the Caribbean,  Île Bourbon in the Indian Ocean, and Louisiana in the former French colonies of north America. In making direct comparisons between these widespread colonies, her research extends existing scholarship to a global scale and also reflects the fact that many travellers sailed throughout the French empire. Their ideas circulated too – including the notion that non-Europeans could be schooled out of ‘backward’ customs.

In arguing that “race didn’t matter”, Lamotte does not suggest that prejudice did not exist (it most certainly did) but rather that it took forms dictated by the preoccupations of a society concerned with behaviour, dress and manners – and, of course, with religion. During an era in which the outward signs of politesse were paramount, newly-encountered people were judged, and categorised, in terms of their level of ‘savagery’ and ‘barbarism’ or (at the other end of the scale) ‘civilisation’.

A good measure of self-interest fuelled the initially cordial relations between the colonialists and the inhabitants of lands seen to be rich in possibilities. In some cases, by forging alliances with the local population, the incomers were able to tap into the local trade networks that were vital to securing goods for export – fur from North America and spices from the East Indies.

Many of the early French settlers were men, and marriageable women were in short supply.  In 1690 only 16 white women were recorded on Île Bourbon (now La Réunion), an island located in the Southwest Indian Ocean. Most European men on  Île Bourbon married non-white women – despite an ordinance issued in 1674 which forbade “Frenchmen to marry negresses” and “blacks to marry whites” in the colony.

In New France (Acadia, Canada, the Great Lakes and the Illinois Country), miscegenation (the mixing of groups) was pursued as a deliberate policy to assist integration. In 1603, Samuel de Champlain, French explorer and founder of the Quebec settlement, reportedly assured local communities that “our young men will marry your daughters, and we shall be one people”. From the outset of French colonisation in the Caribbean, the need to maintain a buoyant slave population created a comparatively more prejudiced and segregated ‘plantation society’.

Father Mongin, a Jesuit missionary who spent time in the French Caribbean in the 1680s, wrote that “some [negroes] do not lack intelligence and are capable of all sorts of arts and sciences, should they receive the right education”. Thousands of miles across the world, a surgeon named Sieur Dellon, who had spent some time on Île Bourbon 20 years earlier, wrote in a similar vein that “among [Malagasies], there are some with common sense, quick witted, and who would be fit for the arts and sciences, if they were educated”.

Education in this context involved imposing all-important French rules of politesse, conversion from idolatry to Christianity, and the stamping out of “absurd” beliefs and “ridiculous” ceremonies. Non-Europeans were described as “sluggish” and indolent. Outrage was expressed when some French settlers in North America, rather than ‘Frenchifying’ the natives, became ‘Indianised’ themselves. In the early 17th century a French administrator complained that, living among the native people, the French coureurs de bois (woodsmen) behaved “like the savages” and enjoyed “an animal life”, doing little more than hunting and fishing.

The start of the 18th century witnessed a change in attitude on the part of the colonisers. French administrators in North America began to argue against interracial marriages which “would mix good [French] blood with bad [Native American] blood”. In 1723 the colonial Council of Louisiana issued an edict forbidding “all Frenchmen and any other subjects of the king who are white to marry savage women”. The number of mixed marriages dropped, and in 1738 one governor observed that “the Illinois Indians do not invite the French to marry their daughters any longer, and the French do not think about this anymore”.

Children of mixed European and indigenous heritage (métis) were, by the middle of the 18th century, frequently considered to be inferior. French colonialists complained that métischildren were “extremely swarthy” and “naturally lazy”. Dark complexions were seen as indicators of ‘racial’ inferiority – and the alleged licentiousness and brutishness that had long been attributed to the natives were increasingly believed to be ‘fixed’. Official documents listed colonial populations under headings such as Nègre (negro), Mulâtre (mulato), Métis (mixed) and Sauvage (indigenous).

“Ultimately, ‘racial’ discourses developed partly because the French needed to justify discrimination and segregation towards people who were viewed as a threat to French socio-economic and imperialist ambitions. These people included slaves who could claim emancipation, free peoples of colour who presented as economic competitors, and the large Native American population, unreceptive to French policies of ‘Frenchification’ and evangelisation,” says Lamotte.

“People continue to use language and ideas inherited from colonial times, for example, by using the term ‘nègres’ to designate blacks, and maintaining the image of blacks as lazy or violent. As the result of centuries of prejudice, many blacks in the Antilles consider themselves inferior to whites. A creole phrase often heard in Guadeloupe when a baby is born is ‘ti-moun la bien soti’, meaning ‘your baby looks good as he or she doesn’t have too dark a skin’. Exposing the ways in which such views took hold over the centuries, and telling the tales of those who lived with prejudice, is a powerful way of shaping a more equal world.”