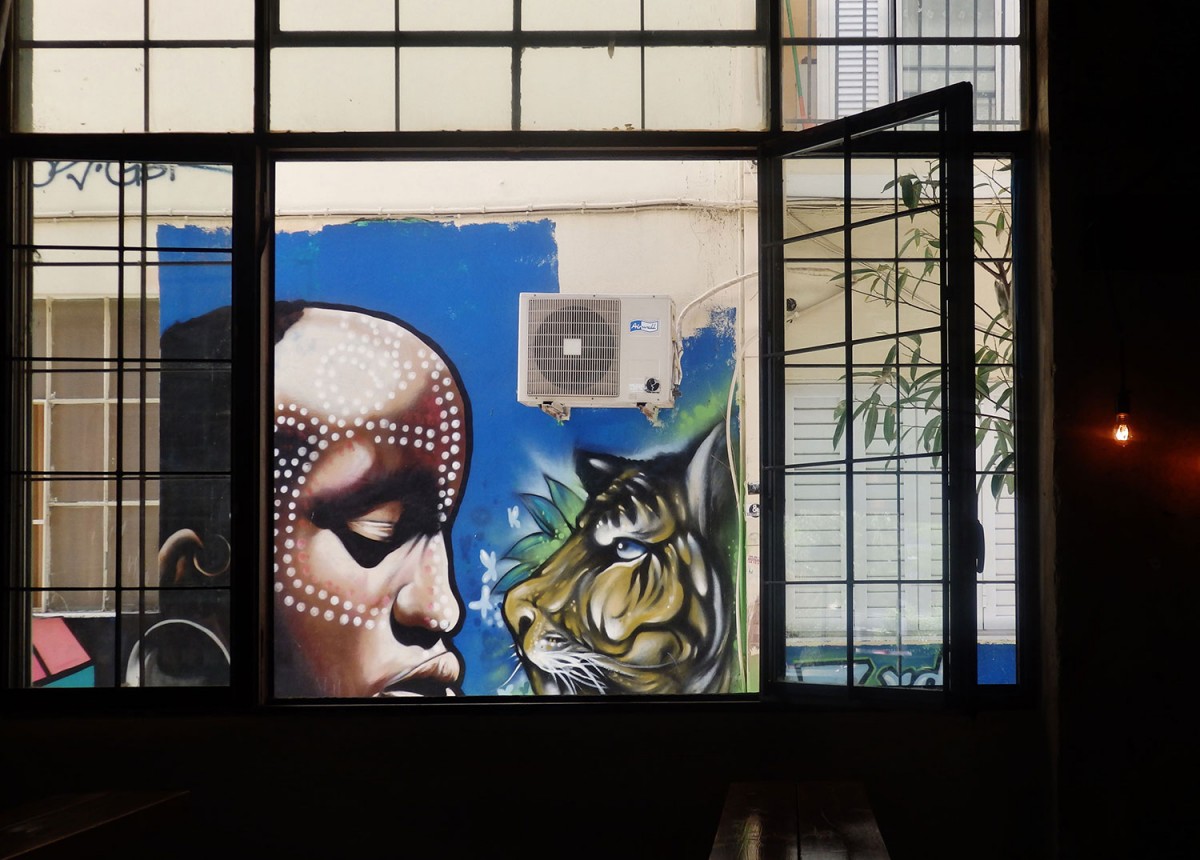 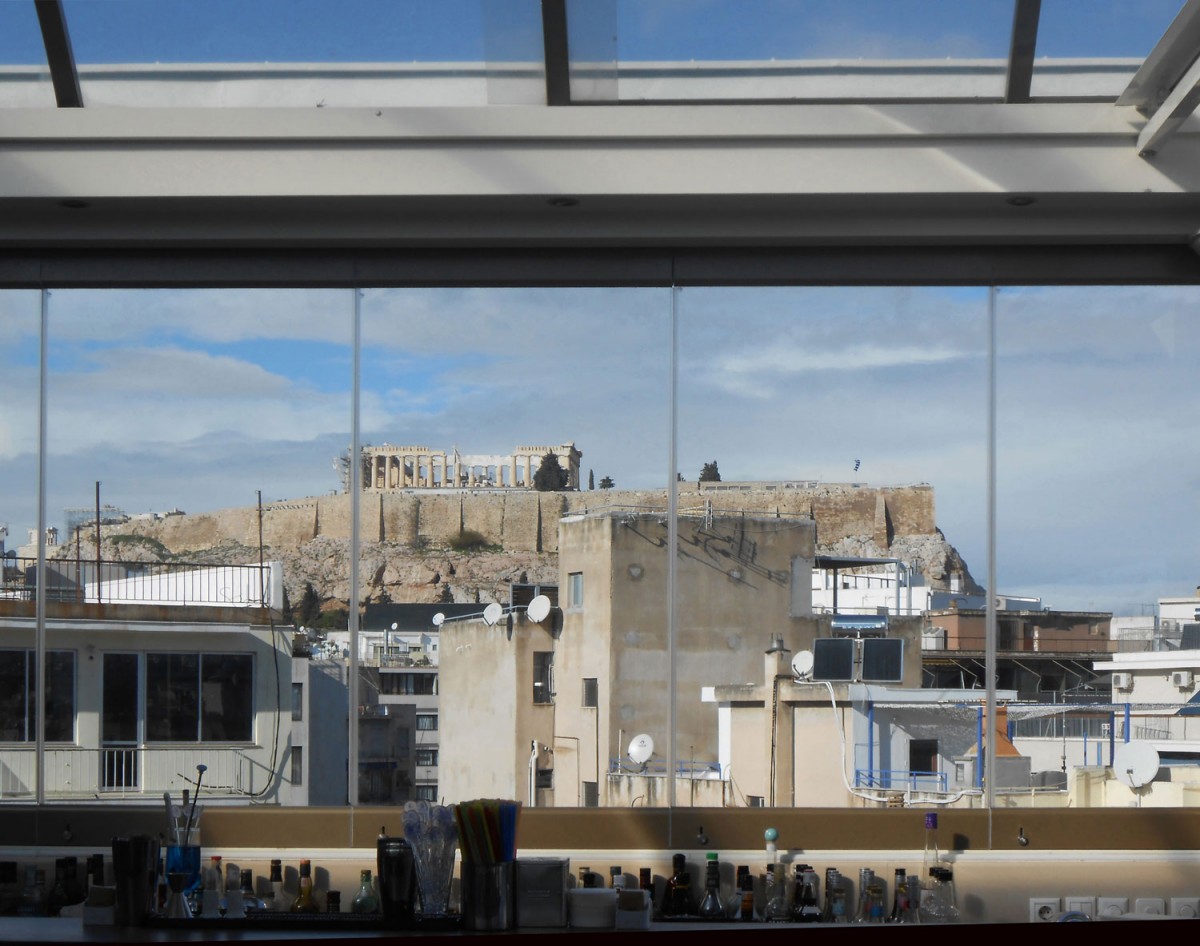 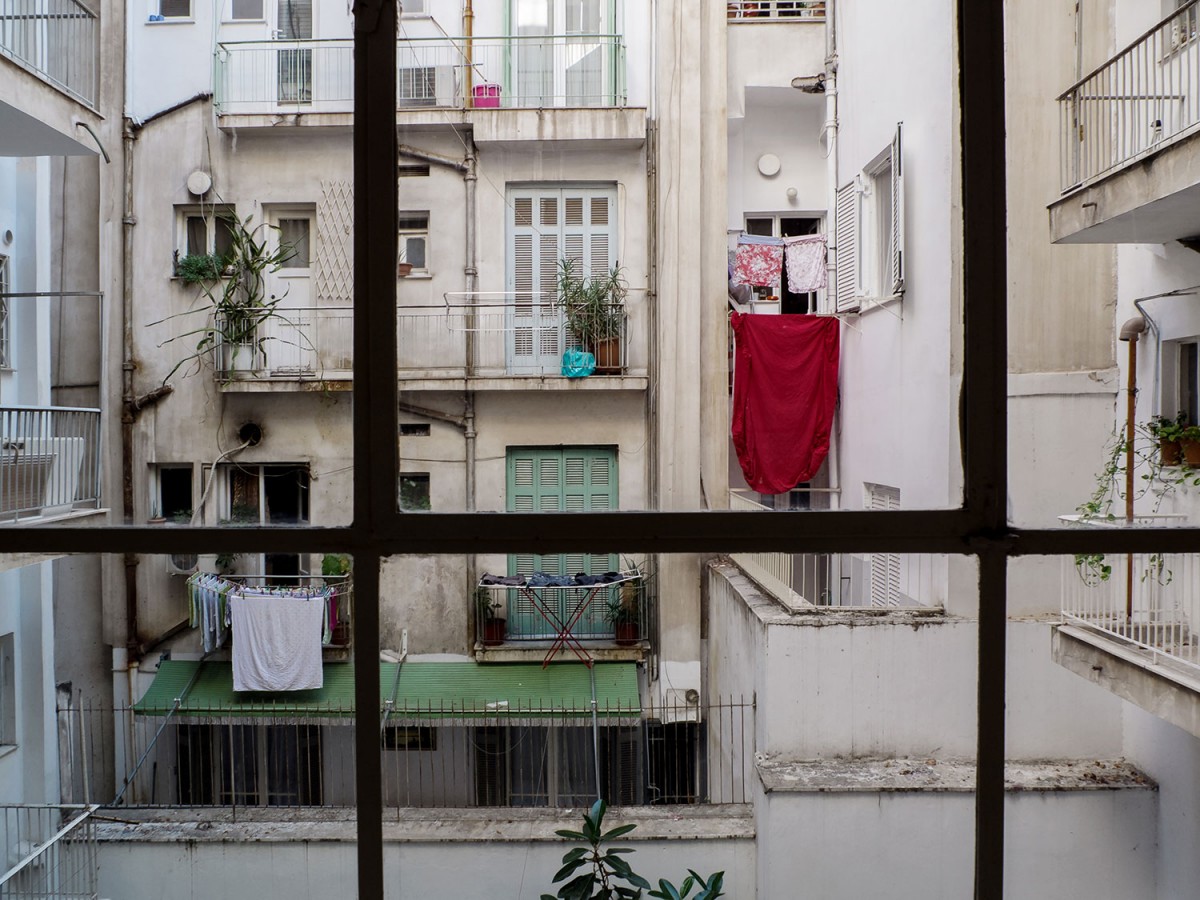 The Benaki Museum presents the exhibition «Athina Thea / Athens Views. Ianna Andreadis» at the Pireos St Annexe, which will be on view until January 29th, 2016.

The participatory photographic project “Athina Thea”, by Ianna Andreadis, presents an unpublished and yet familiar view of Athens from the windows and the gaze of its inhabitants. It reveals the particular and complex character of the city composing a collective image beyond the expected clichés.

The project began in January 2013 through a facebook invitation for Athenians to photograph the view from their window https://www.facebook.com/AΘΗΝΑ-ΘΕΑ-233816666752996/. The basic preconditions of the project were that at least part of the window should be in the frame, thereby revealing the relationship between internal and external space, the emphasis being on the connection between the private and the public. The shot should be preferably frontal, without perspective distortion like “architectural” photography, and giving prominence to the urban landscape.

From the 10,000 photographs that Ianna Andreadis has received until now,  a selection of 1840 shots have been published by 520 contributors, among them many artists and photographers. The area covered by ATHINA THEA includes all the vicinities of central Athens which are confined by the mountains of Aigaleo,  Parnitha, Penteli, Ymitos and the Saronik gulf.

Each personal view is a unique representation, and expresses the relationship of the individual to the city. Exhibiting these new and unexpected views creates a new ‘cartographic’ recording of the city, contributing to an endless mosaic in which we become simultaneously co creator and audience.

After the exhibition at Cité de l’Architecture et du Patrimoine in Paris, the Benaki Museum in Athens presents an exhibition of 110 photographs and  the projection of 400 images from 500 contributors which express the visual wealth and poetry of Athens.

The exhibition is accompanied by the book Athina Thea/ Fenêtres sur Athènes by Agra Publications, including 180 photographs and texts by Jean-Christophe Bailly, Aude Mathe, Yannis Tsiomis and Denys Zacharopoulos.

Ianna Andreadis was born in Athens in 1960. She studied painting and lithography at École Nationale Supérieure des Beaux-Arts in Paris. The artist has lived in France since 1978. Her work includes painting, drawing, photography, books and collaborative projects. She has exhibited her painting and photography in France and published books of photography and drawing in France, Mexico and India. In 2015 she had a retrospective exhibition of her work in Lorient, Brittany, accompanied by a catalogue entitled Geographies.

Her collaborative projects include “Life continues” (Views from windows in Algeria), Espace Elektra, Paris 2013 (Curator Jean-Louis Pradel) and “The world around a flame” (Photographs of flames from around the world), Athens 2004, Athina by Art, (curator Vassia Karkayiannis – Karabelias).

Her most recent exhibition in Athens was at the ‘Oikia Katakouzinou’, in the context of Printfest, October 2012, presenting her published work of the last 19 years.