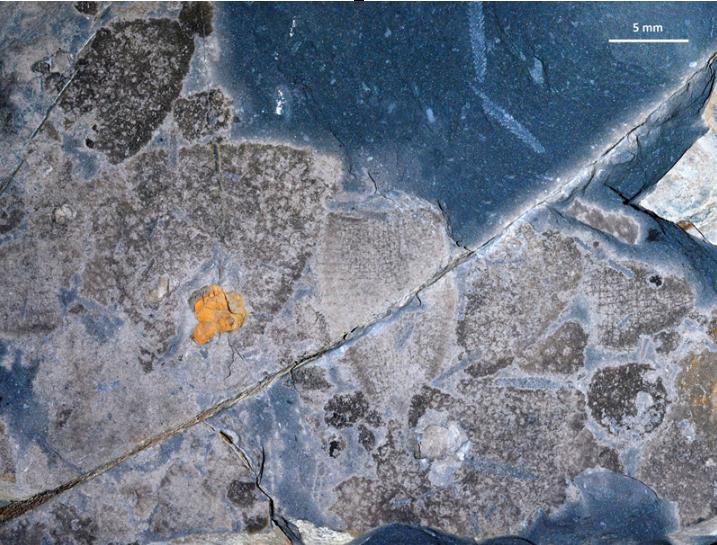 New deposits with exceptionally well-preserved fossil communities are always exciting, but some are more interesting than others. Windows into particularly important times or environments can tell palaeontologists much more than narrow views into a time that is already well known. A window into the aftermath of the second-biggest mass extinction since the rise of animals is therefore very interesting indeed.

The end-Ordovician crisis, 445 million years ago, resulted in 85% of species dying out. It was the result of a sudden, intense ice age, followed by an equally rapid warming, and corresponding changes in ocean chemistry and circulation. The plankton started to recover quite quickly, but until now we have known little about life on the deeper parts of the sea floor. The only exceptional fossil deposit known from this interval before now is the peculiar glacial lagoon environment of South Africa’s Soom Shale.

A joint team of researchers from China (Nanjing Institute of Geology and Palaeontology, Chinese Academy of Sciences, et al.) and Britain (National Museum Wales) have revealed a new fossil fauna preserving delicate skeletons and soft tissues, from the immediate aftermath of the Ordovician mass extinction. The Anji Biota was discovered in the bamboo forests of Zhejiang Province, China, in a narrow band of mudstone exposed at several sites up to 10 km apart. The fauna is extraordinarily diverse, with nearly 100 species found in the first phase of collecting. The surprise, though, is that this diversity is almost entirely composed of sponges.

The Anji Biota records an astonishing range of different sponge species, in many different major groups, with a total diversity exceeding that of equivalent modern faunas. Most post-extinction survivor ecosystems are made up of small, stunted species that managed to thrive and are found everywhere. In the Anji sponge fauna, the sponges are large and complex, and although some species formed forests on the sea floor, many others were very scarce or extremely localised. It doesn’t look like a survival fauna at all; these simple animals were flourishing.

Sponges were not quite the only animals on the sea floor, however. Together with thousands of sponges, a few conical-shalled nautiloids were also recovered, and a single fossil sea scorpion complete with legs. The sea scorpions were a very rare group in the Ordovician, and well-preserved specimens are almost entirely limited to these sites of exceptional preservation.

Why was this post-extinction world so completely dominated by sponges? As lead author Joe Botting explains, “We think the sponges thrived because they can tolerate changes in temperature and low oxygen levels, while their food source (organic particles in the water) would have been increased enormously by the death and destruction all around them.”

Sponges are known today as ecosystem engineers, encouraging biodiversity by stabilising sediment and providing habitats. In the case of the end-Ordovician crisis, such an abundance of sponges over wide areas might well have helped the ecosystem to recover. The team also notes that mass sponge remains have been recorded after other mass extinction events, suggesting that this is a common pattern after ecological collapse. There are lessons for the present, as well. If the past is anything to go by, then as marine ecosystems begin to collapse due to human activities, we should expect to see sponges rule the seas once again.