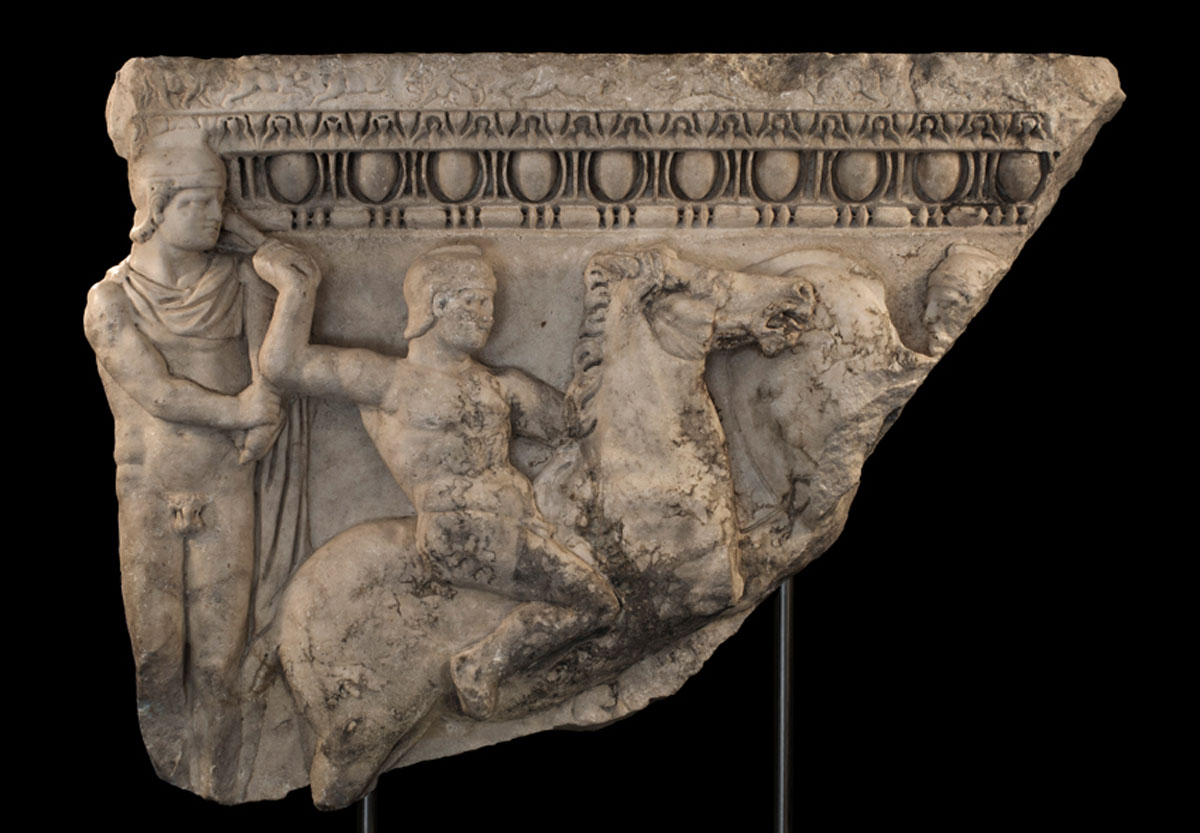 Located in an art gallery in New York

The fragment of the marble sarcophagus which had been stolen in 1988 and has been travelling for 30 years in Europe and the USA returns to Greece. It was confiscated in January from a gallery in central Manhattan of New York. The sarcophagus dates back to 200 AD and depicts a battle scene between Greek and Trojan warriors.

“Antiquities which have been traded illegally often acquire a veneer of legitimacy after the passage of time or changes in ownership”, Vance stated, adding that: “Art galleries, auction houses and art collectors, however, should be vigilant, as the District Attorney’s Office and our associates at the authorities closely monitor the catalogues and sales of artefacts of suspicious provenance or doubtful origin. As looting becomes more and more frequent, collectors should carry out stricter controls when they are to evaluate if an object has been illegally acquired. Otherwise, it is regarded as a tacit approval of an unacceptable practice through deliberate ignorance”.

The Consul General of Greece in New York, Konstantinos Koutras stated that the fragment of the marble sarcophagus will be displayed in the National Archaeological Museum in Athens and that a special reference will be made to the contribution of the Manhattan District Attorney’s Office for its repatriation. “Sadly, in the past our country has suffered from the cruel and continued illegal trafficking of unique ancient artefacts and even to this day a very important part of our heritage remains scattered throughout the world” he added.

For further details about the sarcophagus fragment, see here