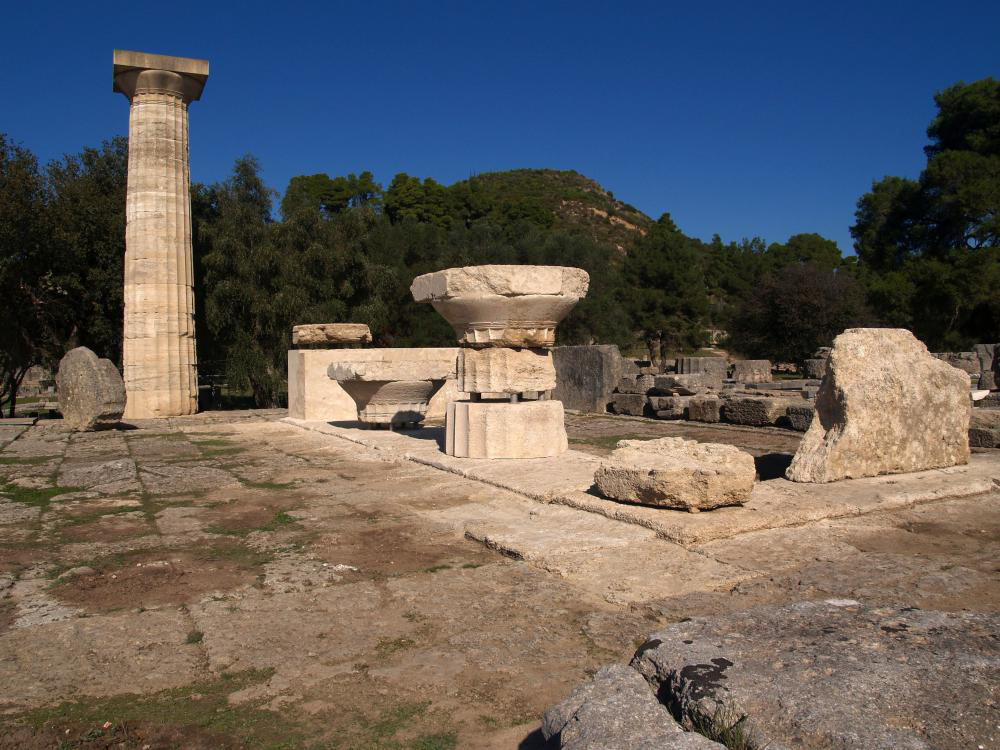 The German Research Foundation (Deutsche Forschungsgemeinschaft, DFG) has approved a three-year joint project between the Athens Department of the German Archaeological Institute and the Romano-Germanic Central Museum Mainz (Römisch-Germanisches Zentralmuseum Mainz, RGZM) involving votive offerings in the Temple of Zeus at Olympia. The project was launched on January 1st, 2017.

In order to analyse the development of votive offerings in the panhellenic Temple of Zeus at Olympia (Greece), the DFG has approved this three-year project. By the consistent use of archaeological, cultural scientific and statistical methodolody, an overview of the history of the votive practices at Olympia is to be developed for the first time: The scientists hope to gain detailed insight about the votive offerings, the origin and the intention of the donors at the time. “The huge amount of the excavated votive offerings at Olympia allows us to follow these and other research approaches based on a broad range of sources. We will make a substantial contribution to the history of this significant Greek sanctuary of the first half of the 1st millennium BC”, according to Dr. Raimon Graells i Fabregat (RGZM), research associate in this project.

The German Archaeological Institute has been undertaking excavations at the ancient site of the Olympic games since 1875. Prof. Dr Reinhard Senff (DAI), second director of the Athens Department, and archaeologist at the RGZM Prof. Dr. Holger Baitinger lead the project. As Baitinger stressed: “The summarizing evaluation of the votive offerings over half a millenium will change our view of the period, during which Olympia became the most important holy place of the Greek world. We are all the more pleased that we are able to intensify the long-standing close cooperation with the excavation team of the DAI at Olympia, thanks to the support of the DFG.”

The “Scientific IT” of the DAI and the RGZM will be involved at the project and assist the research team in an advisory capacity in the course of the investigations. The aim is to further expand the existing database of the DAI excavations at Olympia in the next years, in order to be able to draw on statistical evaluation tools.