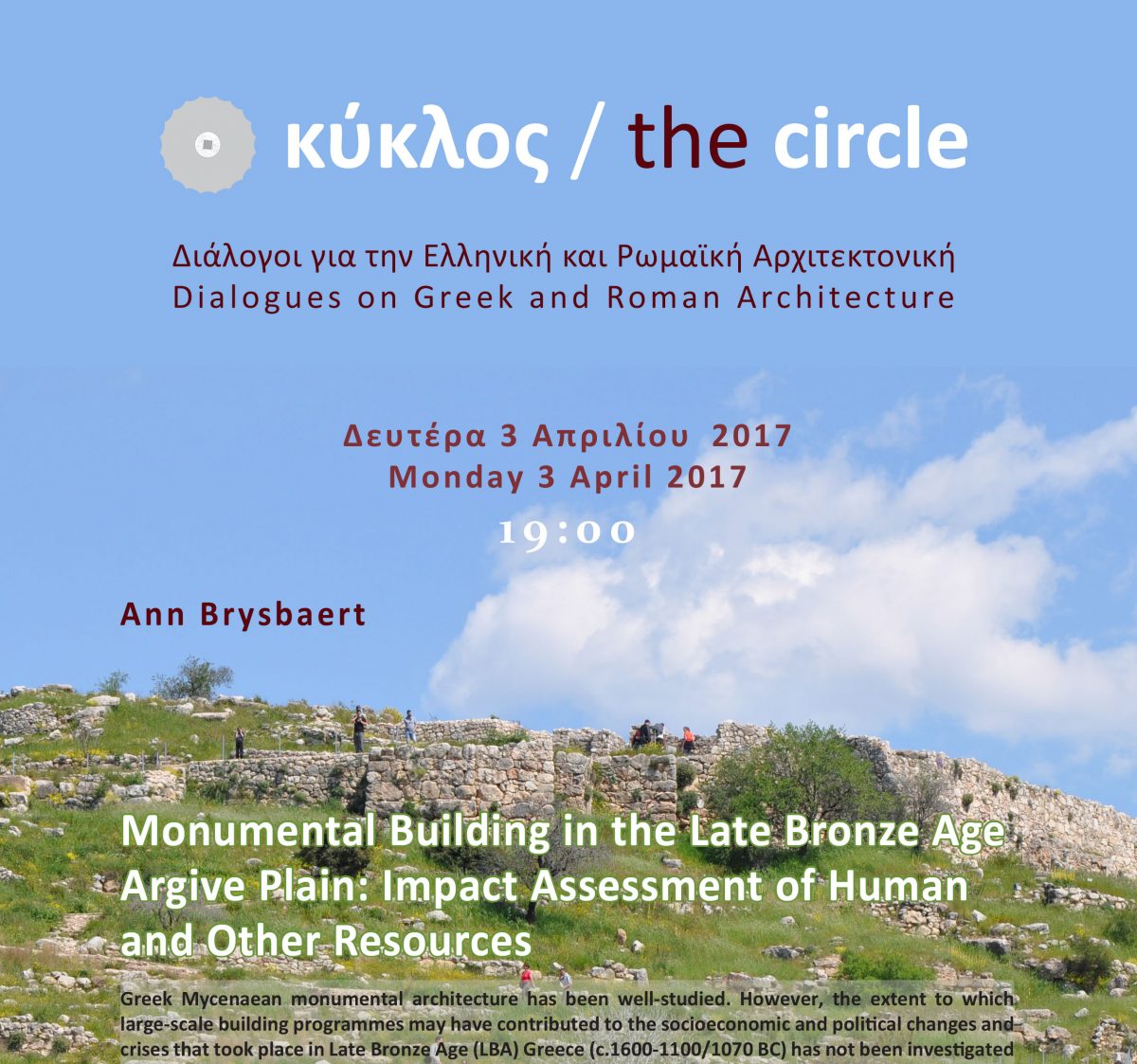 Impact Assessment of Human and Other Resources

In the framework of “The Circle – Dialogues on Greek and Roman Αrchitecture” series, Ann Brysbaert will address the topic “Monumental Building in the Late Bronze Age Argive Plain: Impact Assessment of Human and Other Resources”, on April 3, 2017, at 7.00 p.m., in the Danish Institute at Athens (14 Herefondos st., 105 58 Athens).

Greek Mycenaean monumental architecture has been well-studied. However, the extent to which large-scale building programmes may have contributed to the socioeconomic and political changes and crises that took place in Late Bronze Age (LBA) Greece (c.1600-1100/1070 BC) has not been investigated through actual field data based on architectural studies. The overall aim of the SET in STONE project is to assess if and how monumental building activities in LBA Greece impacted on the political and socioeconomic structures of the Mycenaean polities in the period between 1600 and 1100 BC. The large-scale prolonged building programmes undertaken in the Argive Plain resulted in impressive citadels, burial monuments, waterworks, roads and bridges. These projects must have mobilized substantial labour forces over sustained periods of time. At the same time, since agriculture and animal husbandry were people’s predominant subsistence strategies during the LBA, such intensive building efforts, requiring a consistent amount of human and material resources, likely affected these local economies. Past research has suggested that mobilizing these work forces may have been detrimental to the sustainability of the socio- political structures towards c. 1200 BC. Therefore, the potential effects of such resource use within the Mycenaean societies in the Argive Plain deserves to be revaluated in a much wider setting of dynamic conditions.

The “Circle” presentation will focus specifically on the architectural aspects of this wider resource-impact project.