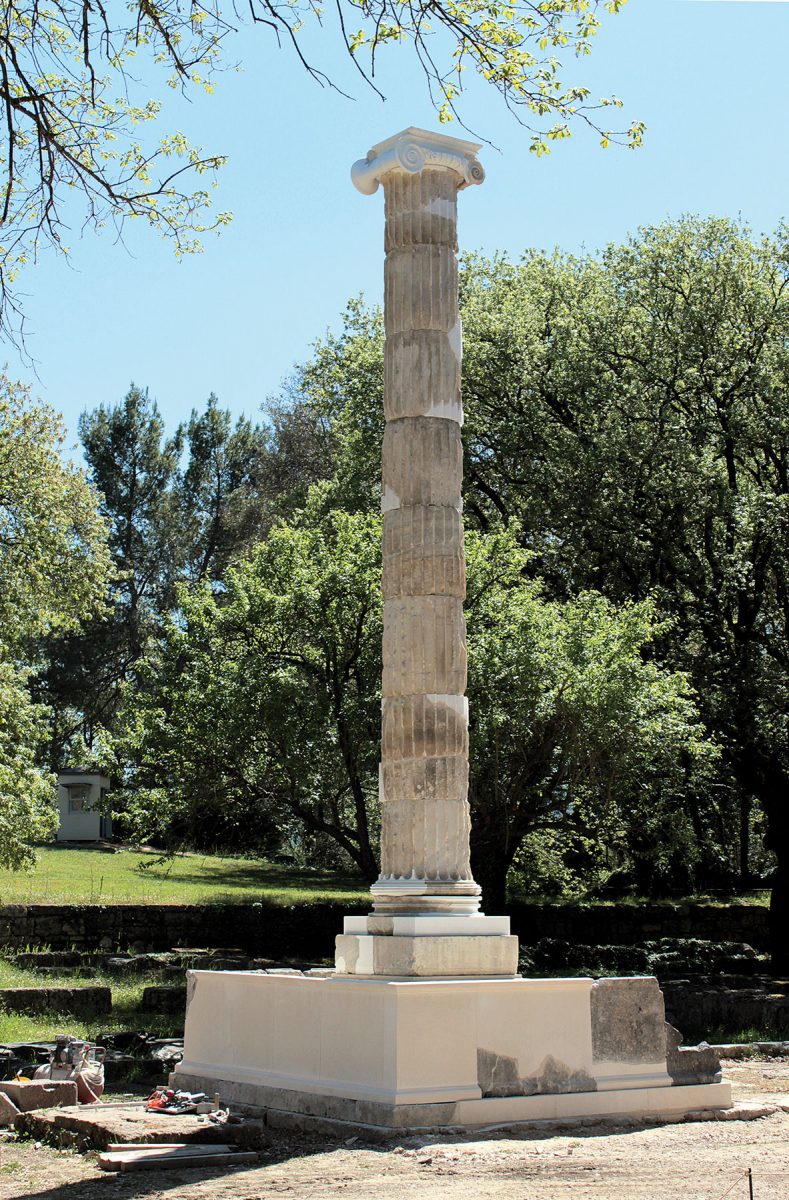 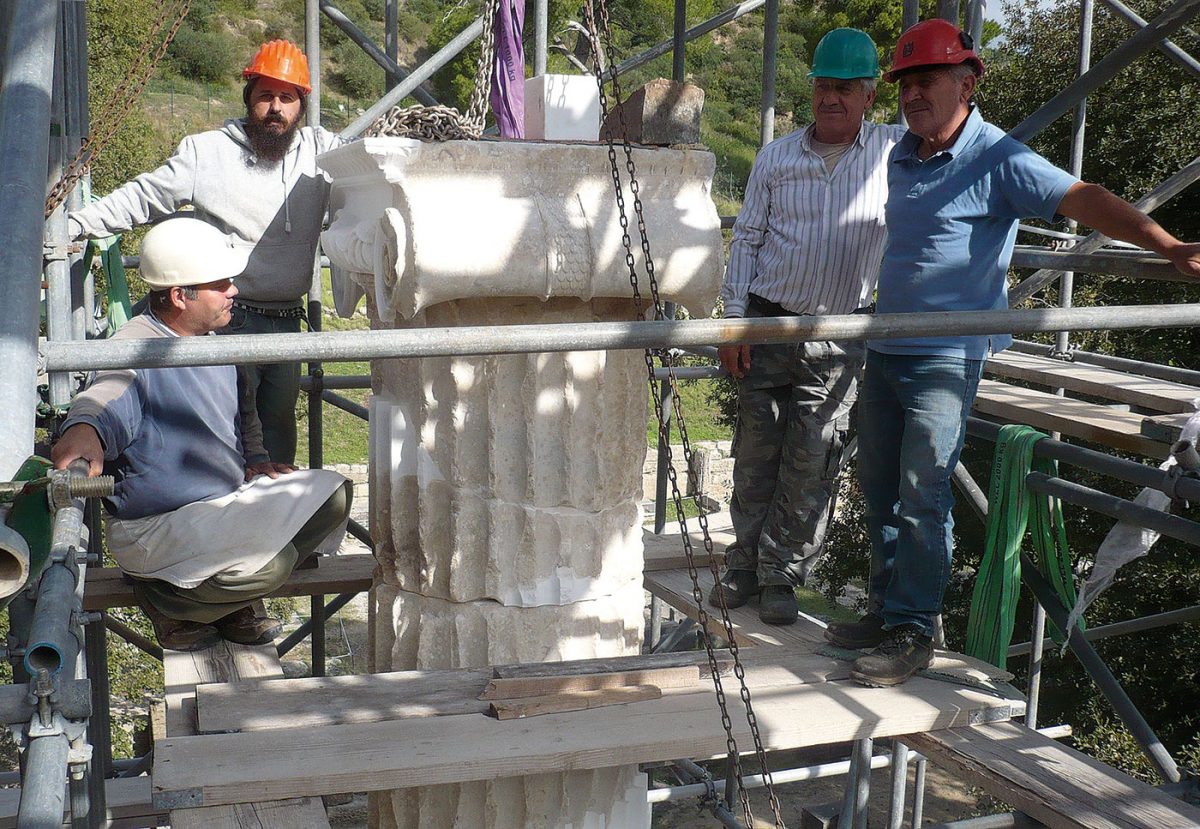 Inauguration of the restored north column of the Ptolemaic votive monument

Dedicated to Ptolemy II Philadelphus and his wife and sister Arsinoe

The Regula Pestalozzi Foundation, the German Archaeological Institute (DAI) at Athens and the Ephorate of Antiquities of Ilia have organised the inauguration of the restored north column of the Ptolemaic votive monument. The event will take place on April 26, 2017 at 12.00 o’clock at the site of ancient Olympia.

The votive monument of the Ptolemies is erected east of the Altis at Olympia, in front of the Echo Stoa. According to the inscription at the base of the northern column, the monument, which had two columns, was dedicated around 270 BC to the king of Egypt Ptolemy II Philadelphus and his wife and sister Arsinoe by Admiral Kallikrates.

Thanks to the funding provided by the Regular Pestalozzi Foundation, with the support of the company Alfred Kärcher GmbH / Co. KG, restoration works started in 2009 and were completed in 2017. The restoration was headed by the late architect of the excavation Klaus Herrmann. The conservation works were conducted by the lapidaries Gerrit Höfig and Alexandros Papalampros.

Following the restoration works at the Philippeion and the Temple of Zeus, the monument offers the visitors of the archaeological site an additional opportunity to realize the third dimension of ancient buildings and to get an idea of the impression these buildings gave.