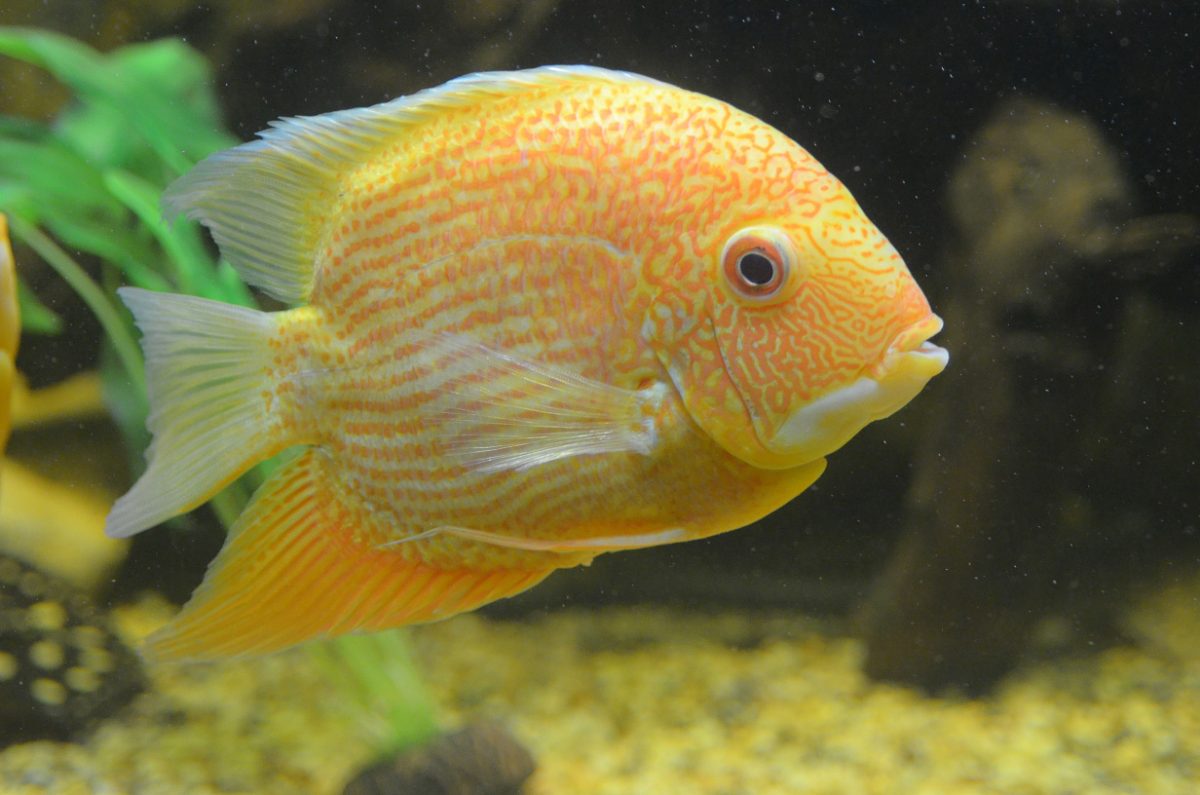 Evolution: On mosaics and melting-pots

Genetic studies of cichlid fishes suggest that interspecies hybrids played a prominent role in their evolution. Analysis of a unique fossil cichlid from the Upper Miocene of East Africa now provides further support for this idea.

The cichlids constitute one of the most diverse families of freshwater fishes in tropical habitats. Its members have adapted to the demands of a wide range of ecological niches, and many have developed highly specialized feeding habits. Contemporary representatives of the family therefore provide an ideal model system for evolutionary biologists who seek to understand the mechanisms that underlie the process of species diversification. Unfortunately, fossil specimens that could help to trace earlier phases of cichlid evolution are quite rare, and most are poorly preserved and/or fragmentary. Now scientists around Ludwig-Maximilians-Universitaet (LMU) in Munich paleontologist Professor Bettina Reichenbacher have described a new fossil cichlid discovered in Upper Miocene strata in East Africa, which provides new insights into the evolutionary history of the group. Moreover, the results are consistent with molecular genetic data relating to the ongoing diversification of the family in the Great Lakes region of East Africa, which have indicated that hybridization between members of related species or even genera has played a major role in cichlid speciation. The work also sheds light on the environmental conditions that prevailed in the Rift Valley of East Africa in the Upper Miocene period, 9-10 million years ago. The new findings appear in the Journal of Vertebrate Paleontology.

The authors assign the fossil to a newly defined genus and species (Tugenchromis pickfordi). In light of the scarcity of well-preserved cichlid fossils, the phylogenetic placement of the new specimen is dependent on comparisons with modern members of the family — and given the enormous diversity of the latter, this is by no means an easy task. However, in cooperation with Dr. Ulrich Schliewen (Zoological State Collections, Munich), Reichenbacher and her team have assembled a unique database on the morphology of present-day cichlids, in which all the lineages found in Lake Tanganyika are represented. This dataset is based on the painstaking analysis of X-ray photographs of the skeletons of 763 individuals belonging to 227 modern cichlid species. “This unique resource has made it possible for the first time to place a new fossil species securely within the phylogeny of African cichlids. Indeed, our analysis shows it to be a member of the most ancient cichlid lineage that contributed to the so-called East African Radiation, a spectacular burst of diversification that has given rise to a huge variety of species,” Reichenbacher explains.

The new fossil displays a striking “mosaic-like” set of characters, combining traits that are typical for three distinct cichlid groups found in Lake Tanganyika today. “This combination of characters is particularly interesting, because molecular geneticists have shown that many of the cichlid species in Lake Tanganyika possess ‘mosaic’ genomes — made up of genetic material derived from non-related species. The mosaic of characters displayed by the fossil specimen is a reflection of the morphological consequences of such interspecies hybridization,” says Dr. Melanie Altner, first author of the study.

The basin now occupied by Lake Tanganyika came into being at least 5.5 million years ago, and it has been assumed that the species radiation that gave rise to the striking diversity of cichlids in the lake was triggered by its formation. However, new models based on molecular genetic analyses of these cichlid species suggest that an radiation — driven in part by interspecies hybridization – was already underway in the rivers and lakes that drained into the Proto-Lake Tanganyika. “In fish, it is not uncommon for such hybrids, which display characters derived from both parental species, to be fertile and capable of producing fertile progeny,” says Schliewen. During the Miocene and Pliocene periods, the climate of East Africa became more arid, and many feeder streams dried up. As a result, many cichlid species that had originated in riverine systems were isolated in Lake Tanganyika basin itself, which thus became a ‘melting pot’ for subsequent episodes of speciation to which these immigrant species contributed. “Our fossil supports the hypothesis that hybridizations played a more prominent role in cichlid speciation than was once thought – and that diversification of the cichlids now endemic to the lake did not begin in the lake itself,” Reichenbacher says.

The new fossil also elucidates aspects of the environment in which Lake Tanganyika formed. It was discovered by Reichenbacher and her coworkers in Kenya’s Tugen Hills, in the eastern arm of the East African Rift Valley, but Lake Tanganyika — in which its closest relatives now live — is located in the Valley’s western branch. The fossil therefore provides further evidence for a previously postulated hydrological connection between the eastern and western arms of the Rift Valley, which was subsequently severed as rifting progressed.