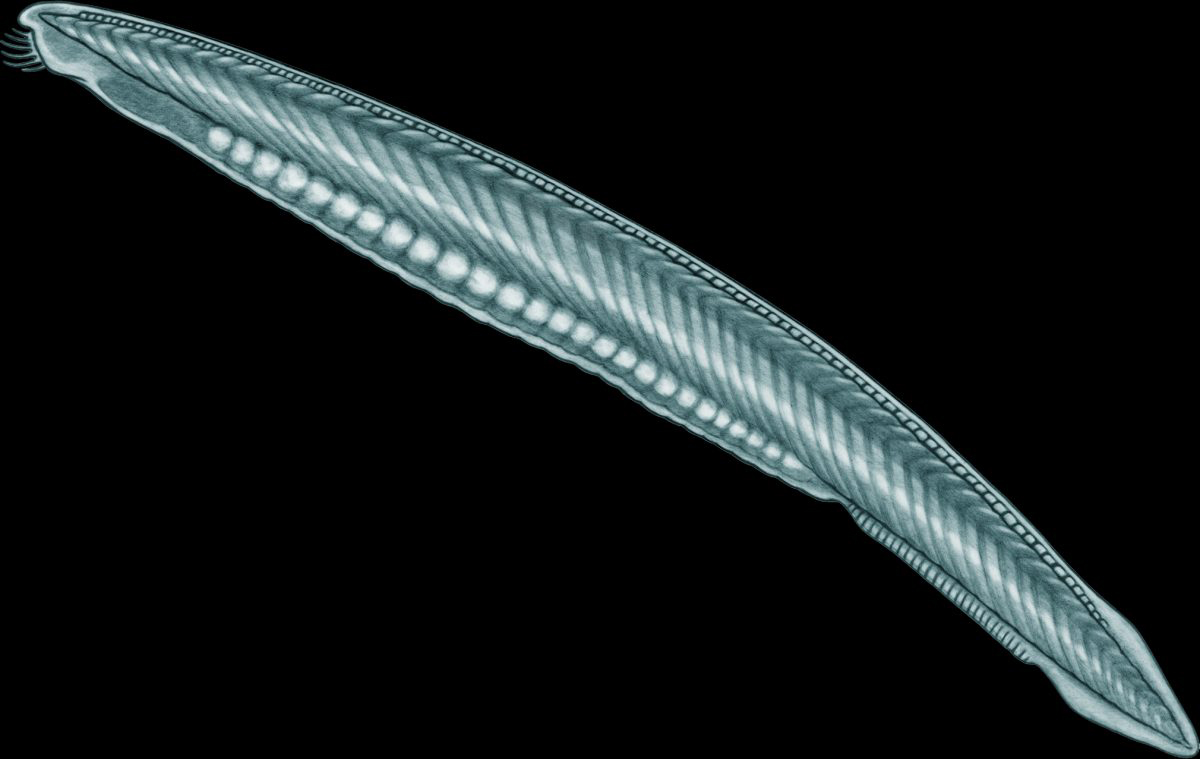 Promiscuity in the Paleozoic

To look at how life evolved, scientists usually turn to the fossil record, but this record is often incomplete.

Researchers from the Okinawa Institute of Science and Technology Graduate University (OIST), alongside an international team of collaborators, have used another tool – the chromosomes of living animals – to uncover clues about our past. The study, published in Nature Ecology and Evolution, reveals early events in the evolution of vertebrates, including how jawed vertebrates arose through hybridization between two species of primitive fish.

“It’s remarkable that although these events occurred almost half a billion years ago, we can figure them out by looking at DNA today,” said Professor Daniel Rokhsar, who leads OIST’s Molecular Genetics Unit.

Reading the stories in our genes

Chromosomes are tiny structures that carry an organism’s genetic material. They normally come in paired sets, with one set inherited from each parent. While humans have 23 pairs, this number varies across species.

The study found that, even over hundreds of millions of years, chromosomes can be surprisingly stable. Although mutations and rearrangements have occurred, the chromosomes of modern animals have striking similarities to each other.

Two former OIST postdoctoral scholars, Professor Oleg Simakov, now at the University of Vienna, and Dr. Ferdinand Marlétaz, now at University College, London, led the study that compared the chromosomes of amphioxus, a small marine invertebrate, to those of other animals, including mollusks, mammals, birds, frogs, fish, and lampreys.

After accounting for a handful of rearrangements, they concluded that the chromosomes of amphioxus resemble those of long-extinct early vertebrate ancestors and confirmed the existence of 17 ancient chromosomal units. The researchers then traced the evolution of these ancient chromosomes in living vertebrates.

“Reconstructing the ancestral chromosomes was the key that allowed us to unlock several puzzles of early vertebrate evolution,” said Professor Rokhsar.

The puzzles center on a phenomenon known as ‘genome duplication.’ In the 1970s, geneticist Susumu Ohno suggested that vertebrate genomes were doubled, perhaps repeatedly, relative to their invertebrate ancestors. Genomic studies have confirmed and refined this suggestion, but how many doublings there were, and how and when they occurred, are still debated.

Part of the challenge is that duplicated genomes change rapidly, and these changes can obscure the duplication itself. Although a doubled genome starts with redundant copies of every gene, most of these extra copies will be inactivated by mutation and eventually lost; the doubled chromosomes themselves may also become scrambled.

Using the 17 ancestral chromosome pairs as an ancient anchor, the researchers concluded that there were two separate instances of genome doubling.

The first duplication is shared by all living vertebrates – both the jawed vertebrates, including humans, birds, fish, and frogs, as well as the jawless lampreys and their relatives. The researchers inferred that this most ancient duplication occurred about five hundred million years ago, around the same time the earliest vertebrate fossils appear.

The second duplication is shared only by jawed vertebrates. The researchers found that, unlike the first event, gene loss after the second doubling occurred unevenly across the two sets of chromosomal copies – a surprising but informative feature.

“This kind of uneven gene loss is the hallmark of a genome duplication that follows the hybridization of two species,” said Professor Rokhsar.

Usually, the hybrid offspring of two different species are infertile, in part because the chromosomes from the two parents aren’t properly coordinated. But very occasionally, in some fish, frogs, and plants, the hybrid genome becomes doubled to restore chromosomal pairing. The resulting offspring have twice as many chromosomes as their mismatched parents – and are often more vigorous. The new study unexpectedly found that such hybrid-doubling occurred in our ancient ancestors.

“Over 450 million years ago, two different species of fish mated and, in the process, spawned a new hybrid species with twice as many chromosomes,” said Professor Rokhsar, “And this new species would become the ancestor of all living jawed animals – including us!”