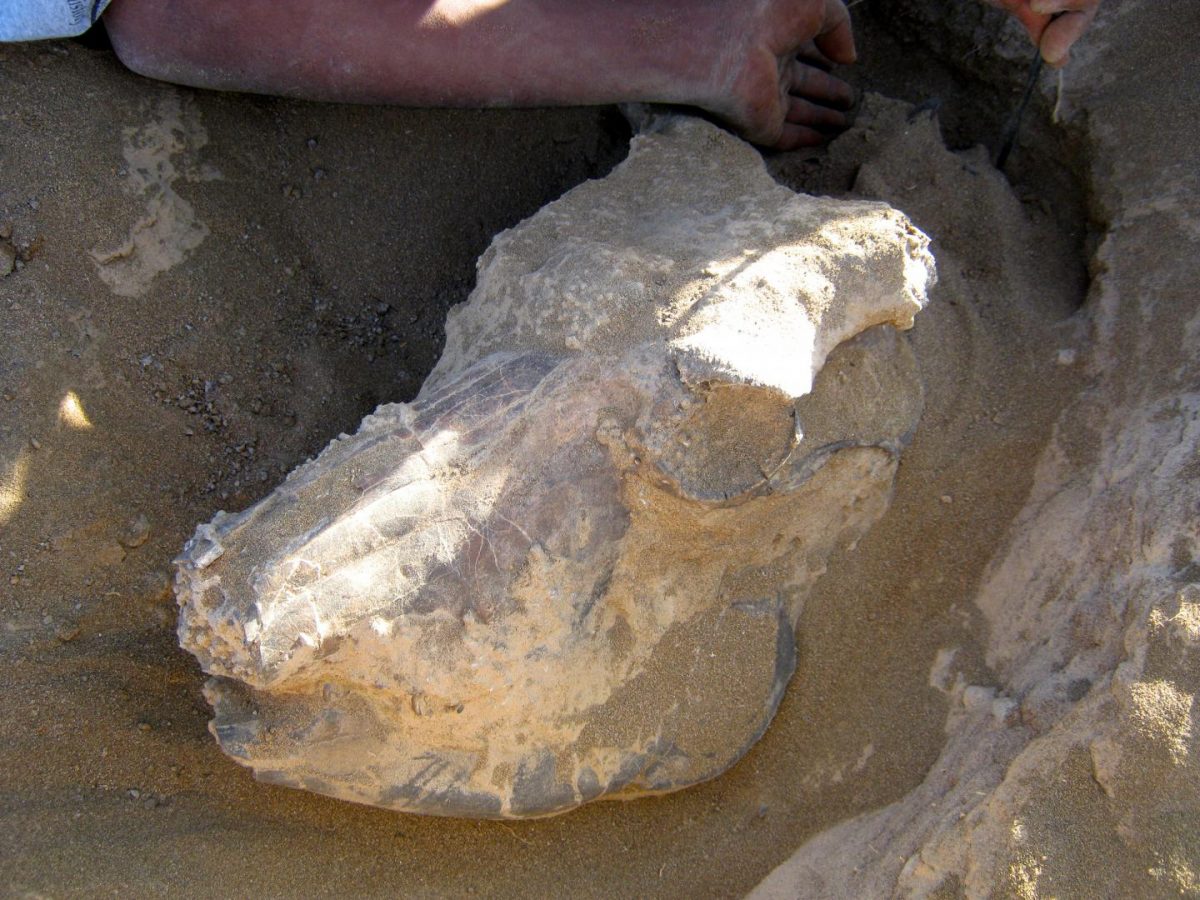 In 2013, an Arizona State University research team found the oldest known evidence of our own genus, Homo, at Ledi-Geraru in the lower Awash Valley of Ethiopia. A jawbone with teeth was dated to 2.8 million years ago, about 400,000 years earlier than previously known fossils of Homo. After the discovery, attention turned to reconstructing the environment of this ancient human ancestor to understand why there and why then.

But how do you re-create specific environments from millions of years ago to understand where our ancient ancestors lived?

Paleoanthropologists use animal fossils like proxy time machines to re-create what past environments were like. If animal fossils indicate browsing on tree leaves, like giraffes and monkeys do, then they know that the environment was characterized by woody trees and significant rainfall. If the fossils suggest grazing on grass, as many antelopes do, then the environments would have been open and arid with grassy plains.

Scientists have long suggested that global cooling and the spread of grassy environments set the stage for the beginnings of Homo.

“A growing body of evidence has hinted at this connection,” said Joshua Robinson, postdoctoral researcher with the Institute of Human Origins, “but, until now, we had no direct environmental data for the origins of Homo now that its been pushed back in time.”

Following the discovery of the Ledi-Geraru jaw, an intensive environmental study of the eastern African Plio-Pleistocene–from around 3.5 million years ago to 1.0 million years ago–was conducted in order to investigate these long-standing hypotheses.

The study, coauthored by ASU researchers Joshua Robinson, John Rowan, Christopher Campisano and Kaye Reed with University of South Florida researcher Jonathan Wynn, in the journal Nature Ecology and Evolution, offers the first comprehensive assessment of the ecological contexts of the transition from Australopithecus to Homo.

Using stable isotopes of fossil teeth, the researchers found that early Homo at Ledi-Geraru was indeed associated with open and arid grassy environments. Results show that almost all animals found with early Homo at Ledi-Geraru fed on grass, including some that consumed substantial amounts of tree leaves prior to 2.8 million years ago. The diet of early Homo at Ledi-Geraru, however, appears to be indistinguishable from that of the earlier Australopithecus, implying that a change in diet is not a characteristic of the origins of Homo.

“We weren’t necessarily surprised that the diet of early Homo was similar to Australopithecus,” said Chris Campisano, research associate with the Institute of Human Origins and associate professor in the School of Human Evolution and Social Change. “But we were surprised that its diet didn’t change when those of all the other animals on the landscape did.”

“Although Lucy’s species persisted through many environmental changes in the Hadar sequence,” School of Human Evolution and Social Change graduate student John Rowan said, “it seems the species was unable to persist as really open environments spread in the Afar during the late Pliocene.”

Furthermore, these results indicate that the spread of grassy environments at Ledi-Geraru occurred earlier than in the Turkana Basin of Kenya and Ethiopia, which continued to have wooded regions that supported browsers and other mammals that fed on both trees and grasses.

“By using several different habitat proxies, we were able to refine previous ecosystem reconstructions in each basin so that we were able to identify the details of the spread of grasslands,” said Kaye Reed, President’s Professor and director of the School of Human Evolution and Social Change. Reed is also a research associate with the Institute of Human Origins. “We are planning to compare other East African hominin sites using these same methodologies.”