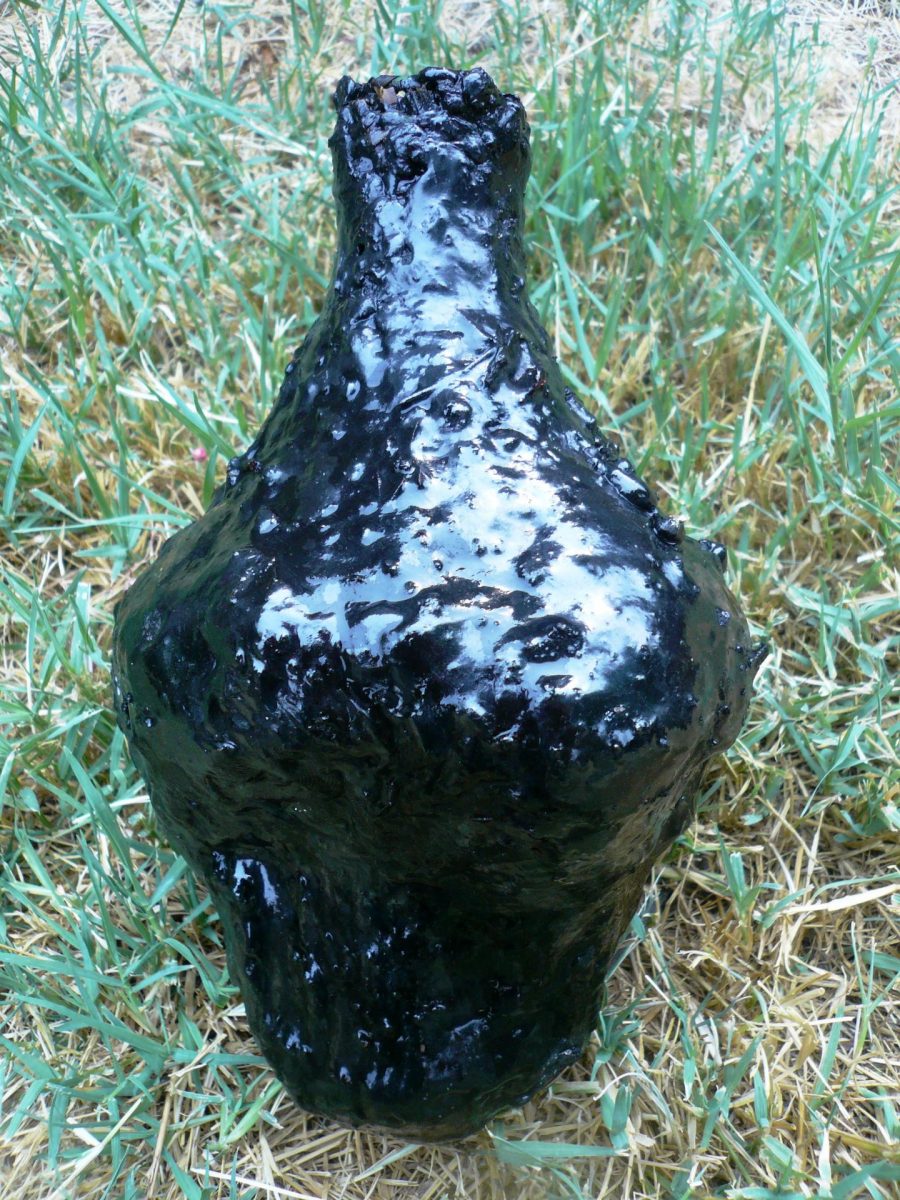 Bitumen as a sealant

Water bottles replicated in the traditional method used by Native Californian Indians reveal that the manufacturing process may have been detrimental to the health of these people. The study is published this week in the open access journal Environmental Health.

The researchers wanted to know if bitumen—a material derived from petroleum—could have had an impact on the health of ancient Californian Indians. Bitumen consists of polycyclic aromatic hydrocarbons (PAHs), which are associated with a range of health problems including cancer, hormone imbalance, organ damage and developmental impairments. Modern humans are commonly exposed to PAHs through burning of fossil fuels, food processing and tobacco smoking.

Archaeological evidence and ethnohistorical records show that bitumen was used by Native Californian Indians for a variety of purposes including as a sealant for water containers, fixing arrowheads, and as a material for producing smoke signals. Ancient skeletal remains show that Native Californians suffered a health decline over time, but bitumen use as a health risk factor has not been explored until now.

Kevin Smith, co-author and PhD student from the University of California, Davis said: “In accordance with historical records We used a Monterey chert flake and a bird bone awl to weave baskets from soft rush plants from California. We sourced abalone shells to use as mixing dish and heated the bitumen with metavolcanic pebbles before applying to the basket by hand using a sea mammal bone.”

During the manufacturing process, which involved melting raw bitumen, air was sampled and analysed using gas chromatography and mass spectrometry. This method allows scientists to isolate, identify, and measure levels of individual PAHs. Analysis of the air samples revealed concentrations of PAHs that were equal or greater to that found in cigarette smoke. Storing water in the bitumen-lined bottles did not cause a dangerous level of PAHs to leech out, even after storage for two months, according to measurements by Sebastian Wärmlander and Cecilia Wallin at Stockholm University. Olive oil stored in the baskets quickly became contaminated, however, suggesting that storage of fatty foods could have been a health risk factor.

Dr Sabrina Sholts, lead author of the study from the Smithsonian Institution’s National Museum of Natural History, said: “To our knowledge, this is the first time that experimental archaeology has been used to quantify PAH exposure in an ancient population. We believe that our research provides a deeper temporal context for understanding health impacts and evolutionary changes related to harmful chemical exposure caused by human technology.”