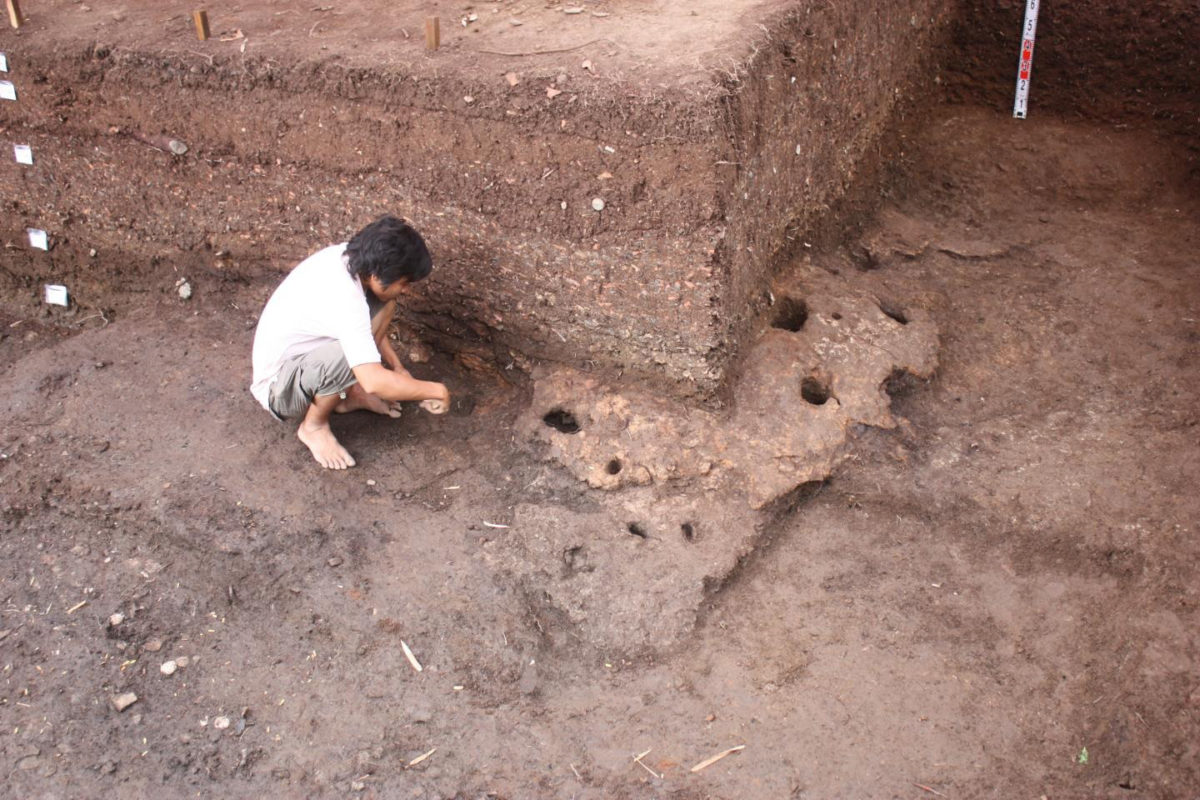 A team of archaeologists from The Australian National University (ANU) has uncovered a vast trading network which operated in Vietnam from around 4,500 years ago up until around 3,000 years ago.

A new study shows a number of settlements along the Mekong Delta region of Southern Vietnam were part of a sophisticated scheme where large volumes of items were manufactured and circulated over hundreds of kilometres.

Lead researcher Dr Catherine Frieman School of the ANU School of Archaeology and Anthropology said the discovery significantly changes what was known about early Vietnamese culture.

“We knew some artefacts were being moved around but this shows evidence for a major trade network that also included specialist tool-makers and technological knowledge. It’s a whole different ball game,” Dr Frieman said.

“This isn’t a case of people producing a couple of extra items on top of what they need. It’s a major operation.”

The discovery was made after Dr Frieman, an expert in ancient stone tools, was brought in to look at a collection of stone items found by researchers at a site called Rach Nui in Southern Vietnam.

Dr Frieman found a sandstone grinding stone used to make tools such as axe heads out of stone believed to come from a quarry located over 80 kilometres away in the upper reaches of the Dong Nai River valley.

“The Rach Nui region had no stone resources. So the people must have been importing the stone and working it to produce the artefacts,” she said.

“People were becoming experts in stone tool making even though they live no-where near the source of any stone.”

Dr Phillip Piper of the ANU School of Archaeology and Anthropology, an expert in Vietnamese archaeology, is working to map the transition from hunting and gathering to farming across Southeast Asia.

“Vietnam has an amazing archaeological record with a number of settlements and sites that provide significant information on the complex pathways from foraging to farming in the region” Dr Piper said.

“In southern Vietnam, there are numerous archaeological sites of the Neolithic period that are relatively close together, and that demonstrate considerable variation in material culture, methods of settlement construction and subsistence.

“This suggests that communities that established settlements along the various tributaries and on the coast during this period rapidly developed their own social, cultural and economic trajectories.

“Various complex trading networks emerged between these communities, some of which resulted in the movements of materials and manufacturing ideas over quite long distances.”