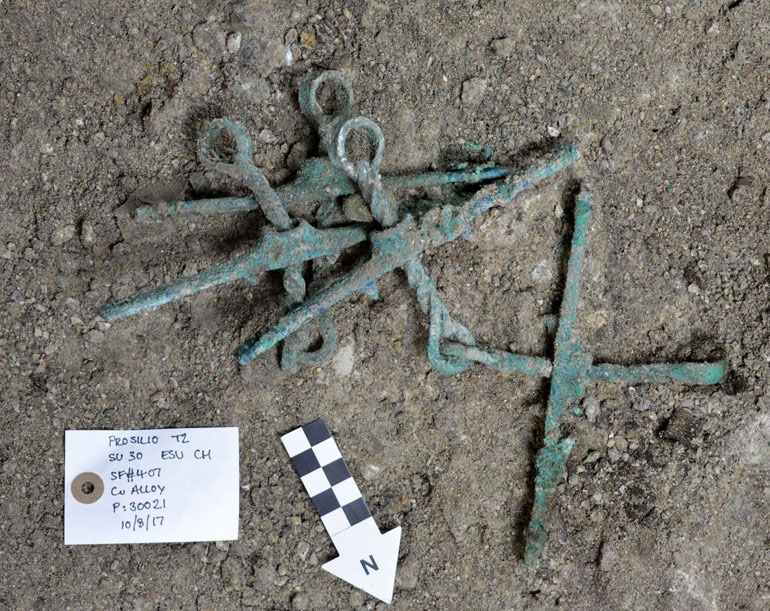 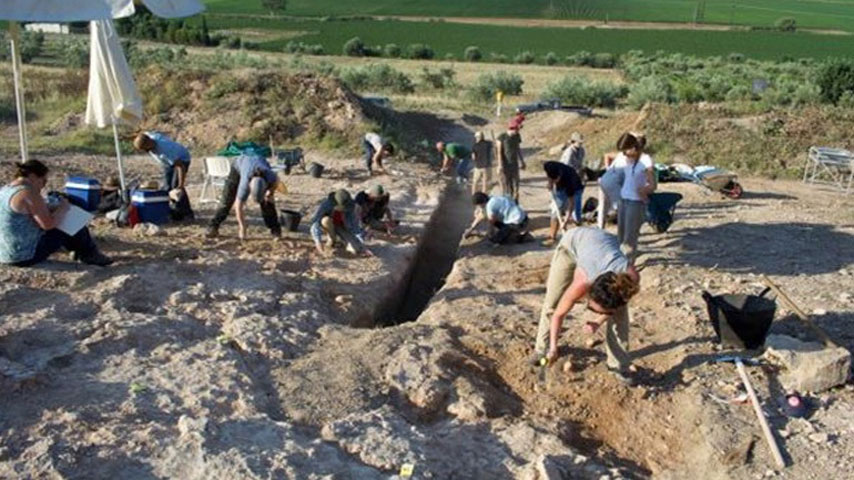 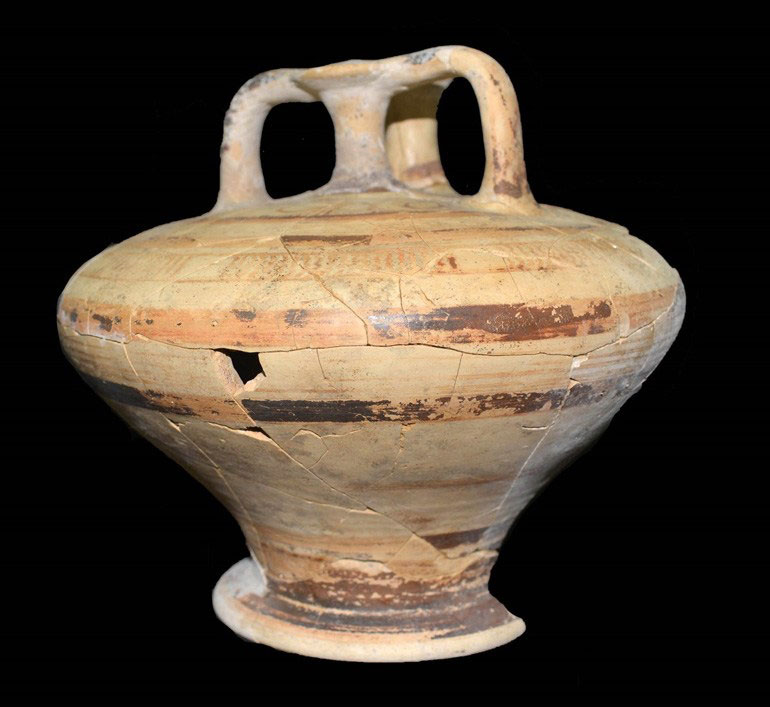 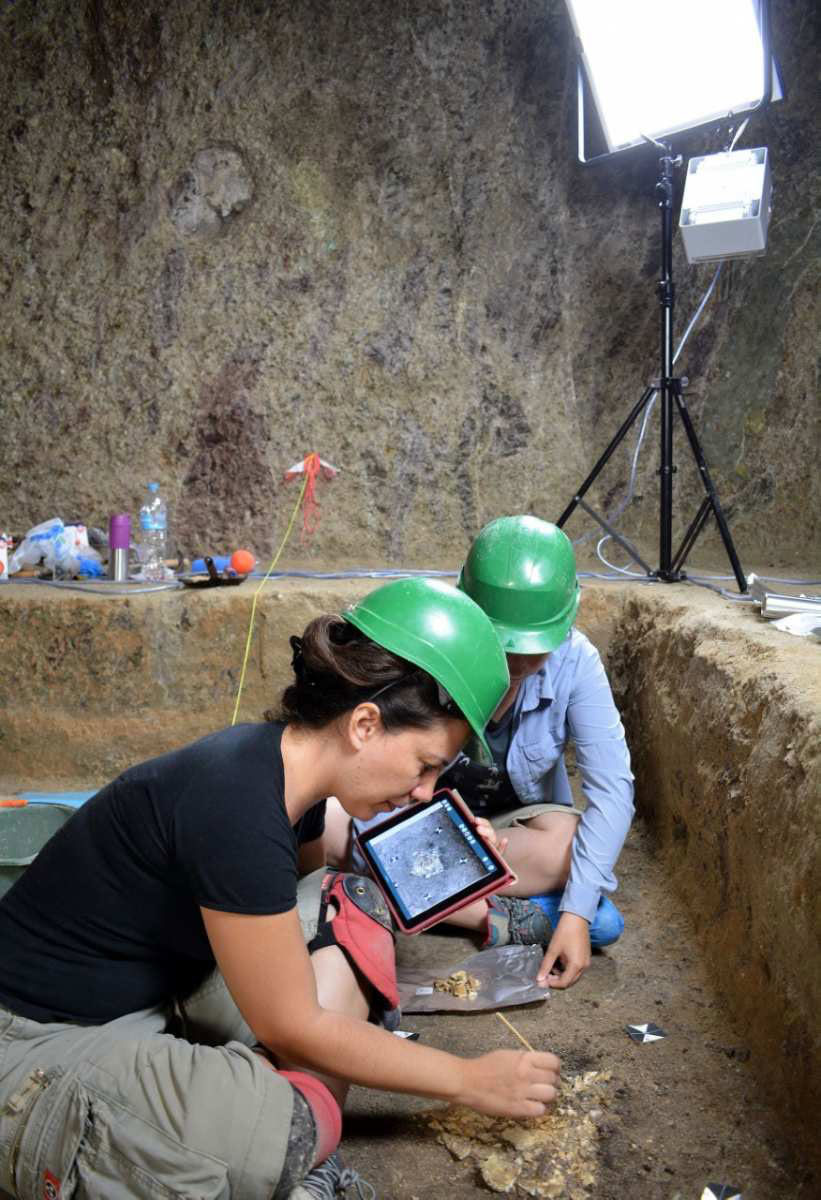 A significant archaeological discovery was made near Orchomenos of Boeotia

One of the biggest rock-cut Mycenaean tombs ever found in Greece came to light in Prosilio (Municipality of Livadeon), near Orchomenos, during the first year of a five-year joint programme of the Ephorate of Antiquities of Boeotia/Ministry of Culture and Sports and the British School at Athens/University of Cambridge. This is the ninth biggest chamber tomb of the approximately 4,000 tombs excavated in the last 150 years.​

The structure is monumental and demonstrates the special care taken in building it. A 20m long rock-cut dromos leads to the burial chamber which opens into an impressive hall of 42 sq.m. A rock-cut bench, covered with clay mortar, runs along the four sides of the hall. The initial height of the roof, that was pitched, is estimated to have been 3.5 m. However, the roof has begun to fall apart already since antiquity, possibly even as early as the Mycenaean era, which is why the interior of the chamber (6.5m high) resembles a cave.

The collapse of the roof disturbed to a certain degree the position of the dead and of the grave goods, but on the other hand covered and therefore protected the burial layer from later interventions. On the chamber floor a 40 to 50-year-old man was found, accompanied by carefully selected artefacts. More than ten tinned pots, a pair of snuffle-bits, parts of a bow, arrows, jewelry made of different materials, combs, a seal stone and a signet ring were found.

The construction of the tomb is dated back to the mid-14th c. BC. The tomb is very significant since it has rendered one of the best documented burial groups of the Palatial period in mainland Greece. It is worth mentioning that individual burials with important finds are very rarely preserved in monumental Mycenaean chamber tombs, because these were mostly used for multiple burials and throughout many generations and are thus usually disturbed or looted. The important thing in the case of the Prosilio tomb is that all the artefacts found are linked to the one and only dead buried there.

The discovery of this burial and its grave goods will give researchers a chance to better understand the burial practices of the area during the Mycenaean period. For instance, the fact that many pieces of jewelry were found in a male burial questions the broadly established belief that jewelry mainly accompanied women to their final resting place (this also applies for the discovery of the Pylos warrior, who was 100 years older than the Prosilio man, and was found in 2015). Also notable is the fact that, apart from two small stirrup jars, no decorated Mycenaean pottery was found in the tomb, although it was very popular at the time.

The excavation team supposes that the tomb is linked to the palatial center of Mycenaean Orchomenos, which lies ca. 3.5 klm from Prosilio and was the most important Mycenaean center of northern Boeotia during the 14th and 13th centuries BC. Visible evidence of Orchomenos’s power is even today the chamber tomb of “Minyas”, comparable in size with the tomb of Atreas at Mycenae, as well as the monumental drainage works of Copais, which were constructed and also functioning under Orchomenos’ supervision at its heyday. Therefore, the Prosilio man seems to have belonged to the social elite of the local Mycenaean power. His significant social position provided him with an impressive eternal residence, which was nevertheless only admired at his lavish burial ceremony, before he was covered with earth forever, along with his tokens of power.