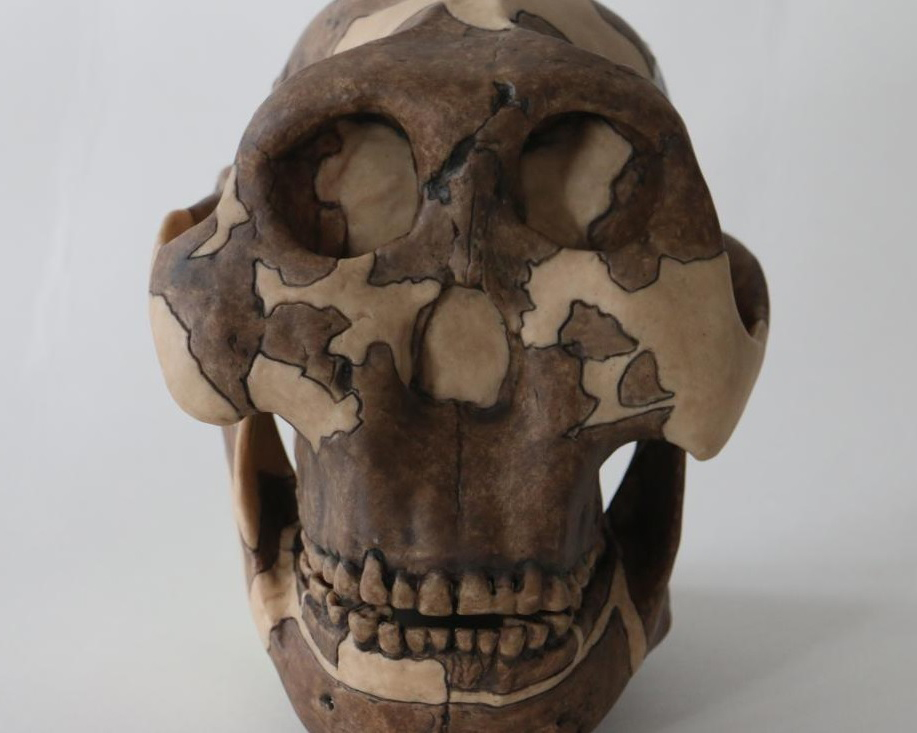 Meet the hominin species that gave us genital herpes

Parathropus boisei, a heavyset bipedal hominin with a smallish brain and dish-like face

Unlike HSV1, however, the earliest proto-humans did not take HSV2 with them when our ancient lineage split from chimpanzee precursors around 7 million years ago. Humanity dodged the genital herpes bullet – almost.

Somewhere between 3 and 1.4 million years ago, HSV2 jumped the species barrier from African apes back into human ancestors – probably through an intermediate hominin species unrelated to humans. Hominin is the zoological ‘tribe’ to which our species belongs.

Now, a team of scientists from Cambridge and Oxford Brookes universities believe they may have identified the culprit: Parathropus boisei, a heavyset bipedal hominin with a smallish brain and dish-like face.

In a study published in the journal Virus Evolution, they suggest that P. boisei most likely contracted HSV2 through scavenging ancestral chimp meat where savannah met forest – the infection seeping in via bites or open sores.

Hominins with HSV1 may have been initially protected from HSV2, which also occupied the mouth. That is until HSV2 “adapted to a different mucosal niche” say the scientists. A niche located in the genitals.

Close contact between P. boisei and our ancestor Homo erectus would have been fairly common around sources of water, such as Kenya’s Lake Turkana. This provided the opportunity for HSV2 to boomerang into our bloodline.

The appearance of Homo erectus around 2 million years ago was accompanied by evidence of hunting and butchery. Once again, consuming “infected material” would have transmitted the virus – only this time it was P. boisei being devoured.

“Herpes infect everything from humans to coral, with each species having its own specific set of viruses,” said senior author Dr Charlotte Houldcroft, a virologist from Cambridge’s Department of Archaeology.

“For these viruses to jump species barriers they need a lucky genetic mutation combined with significant fluid exchange. In the case of early hominins, this means through consumption or intercourse – or possibly both.”

“By modelling the available data, from fossil records to viral genetics, we believe that Parathropus boisei was the species in the right place at the right time to both contract HSV2 from ancestral chimpanzees, and transmit it to our earliest ancestors, probably Homo erectus.”

“Climate fluctuations over millennia caused forests and lakes to expand and contract,” said Underdown. “Layering climate data with fossil locations helped us determine the species most likely to come into contact with ancestral chimpanzees in the forests, as well as other hominins at water sources.”

Some promising leads turned out to be dead ends. Australopithecus afarensis had the highest probability of proximity to ancestral chimps, but geography also ruled it out of transmitting to human ancestors.

Ultimately, the researchers discovered the key player in all the scenarios with higher probabilities to be Parathropus boisei. A genetic fit virally who was found in the right places to be the herpes intermediary, with Homo erectus – and eventually us – the unfortunate recipients.

“Once HSV2 gains entry to a species it stays, easily transferred from mother to baby, as well as through blood, saliva and sex,” said Houldcroft.

“HSV2 is ideally suited to low density populations. The genital herpes virus would have crept across Africa the way it creeps down nerve endings in our sex organs – slowly but surely.”

The team believe their methodology can be used to unravel the transmission mysteries of other ancient diseases – such as human pubic lice, also introduced via an intermediate hominin from ancestral gorillas over 3 million years ago.