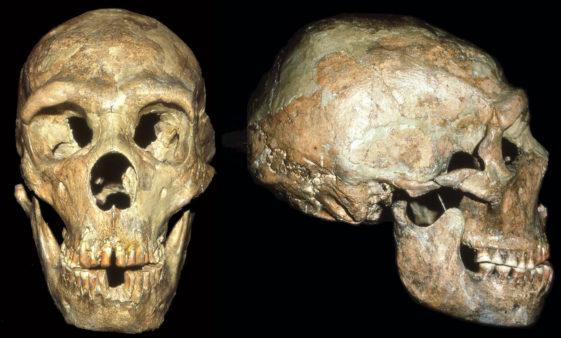 The skull of a Neandertal known as Shanidar 1 shows signs of a blow to the head received at an Early Age. Credit: Erik Trinkaus
- +
by Archaeology Newsroom
26 10 '17 08:39

Older Neandertal survived with a little help from his friends