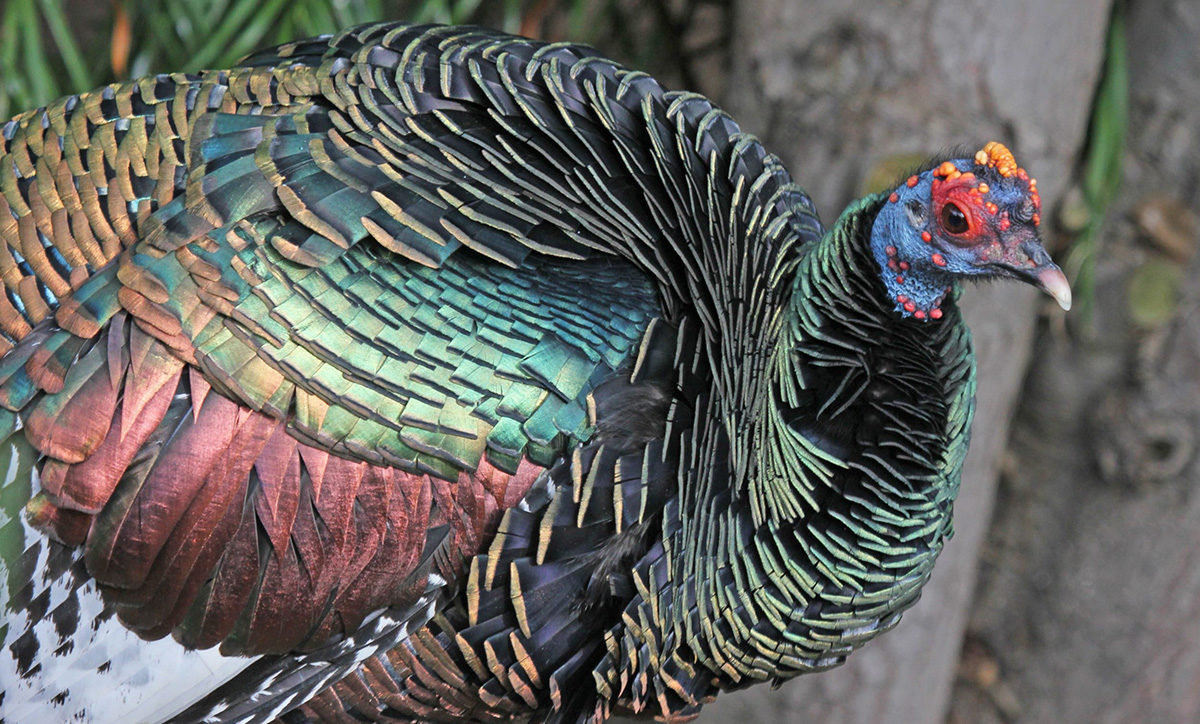 Turkeys weren't only prized for their meat

For the first time, research has uncovered the origins of the earliest domestic turkeys in ancient Mexico. The study also suggests turkeys weren’t only prized for their meat — with demand for the birds soaring with the Mayans and Aztecs because of their cultural significance in rituals and sacrifices.

In an international collaboration, researchers from the University of York, the Institute of Anthropology and History in Mexico, Washington State University and Simon Fraser University, studied the remains of 55 turkeys which lived between 300BC and 1500 AD and had been discovered in Mesoamerica — an area stretching from central Mexico to Northern Costa Rica within which pre-Columbian societies such as the Mayans and Aztecs flourished.

Analysing the ancient DNA of the birds, the researchers were able to confirm that modern European turkeys are descended from Mexican ancestors.

The team also measured the carbon isotope ratios in the turkey bones to reconstruct their diets. They found that the turkeys were gobbling crops cultivated by humans such as corn in increasing amounts, particularly in the centuries leading up to Spanish exploration, implying more intensive farming of the birds.

Interestingly, the gradual intensification of turkey farming does not directly correlate to an increase in human population size, a link you would expect to see if turkeys were reared simply as a source of nutrition.

Lead author of the paper and Marie Skłodowska-Curie Fellow in the Department of Archaeology at the University of York, Dr Aurélie Manin, said: “Turkey bones are rarely found in domestic refuse in Mesoamerica and most of the turkeys we studied had not been eaten — some were found buried in temples and human graves, perhaps as companions for the afterlife. This fits with what we know about the iconography of the period, where we see turkeys depicted as gods and appearing as symbols in the calendar.

“The archaeological evidence suggests that meat from deer and rabbit was a more popular meal choice for people in pre-Columbian societies; turkeys are likely to have also been kept for their increasingly important symbolic and cultural role”.

The fact that some of the turkey bones were uncovered outside of the natural range of the species also suggests that there was a thriving turkey trade in live birds along Mesoamerica’s expanding trade routes.

Senior author of the paper from the Department of Archaeology at the University of York, Dr Camilla Speller, said: “Even though humans in this part of the word had been practicing agriculture for around 10,000 years, the turkey was the first animal, other than the dog, people in Mesoamerica started to take under their control.

“Turkeys would have made a good choice for domestication as there were not many other animals of suitable temperament available and turkeys would have been drawn to human settlements searching for scraps.”

Some of the remains the researchers analysed were from a cousin of the common turkey — the brightly plumed Ocellated turkey. In a strange twist the researchers found that the diets of these more ornate birds remained largely composed of wild plants and insects, suggesting that they were left to roam free and never domesticated.