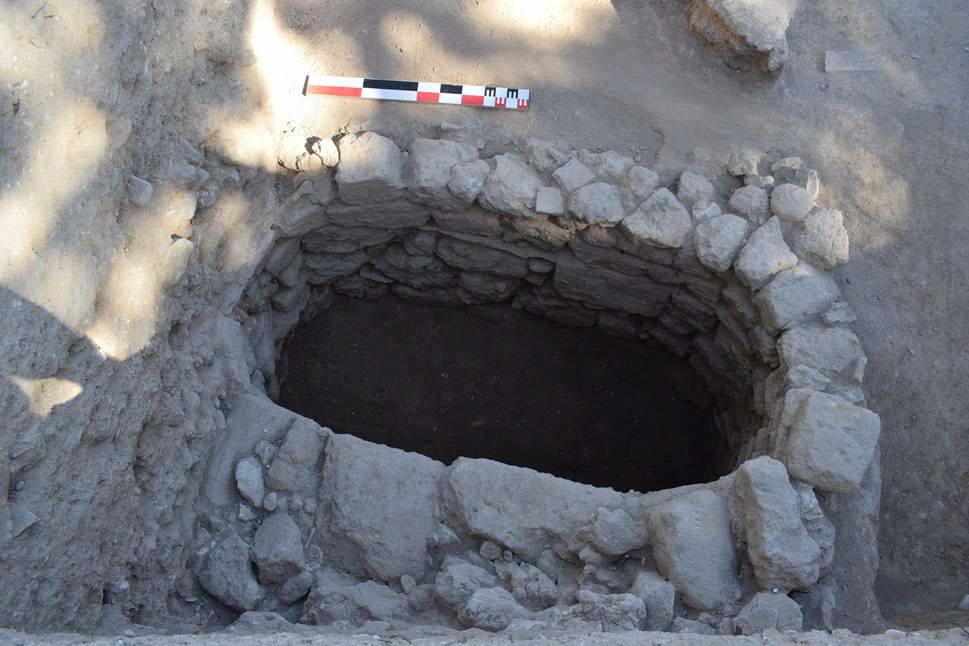 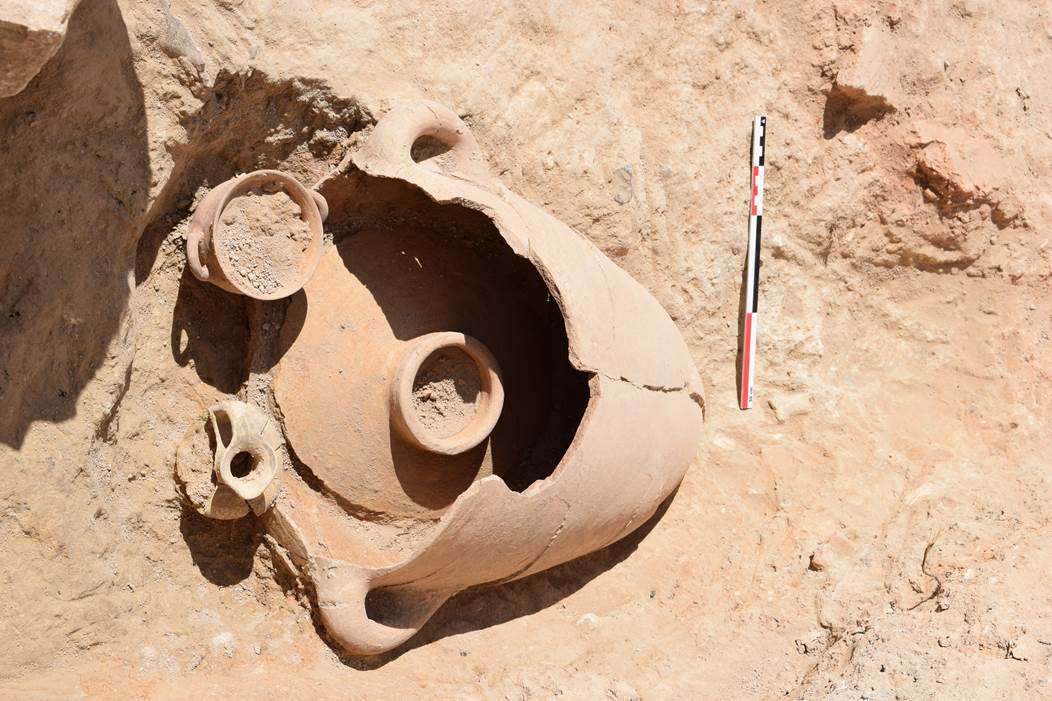 Results of the 2017 excavations at Bamboula, Larnaka

The French Archaeological Mission of Kition conducted a second campaign of excavations in the Northern part of the site of Kition-Bamboula in October 2017 under the direction of S. Fourrier (MEAE-CNRS-Lyon2 University).

Fieldwork was resumed in the two trenches opened in 2016. Sondage 11, located at the highest point, to the northwest of the site, was enlarged. Under a series of late Hellenistic and Roman layers heavily disturbed by modern activities, with no distinct building phases, excavation reached a Classical floor level with associated walls. The walls are made of irregular calcareous stones with plaster lining. This Classical floor level, which yielded a fragmentary but rich ceramic assemblage (with Phoenician, East Greek and Attic imports), had been cut, in the Northwestern part of the trench, by an oval structure of Roman date (fig. 1). This structure, which was dug until absolute level 2,59 m above sea, without reaching its bottom, was presumably a well. Its shape and other special features suggest that it was designed to host a water-pump machine. It can be dated to the 2nd-3rd c. AD.

In the main trench (Sondage 10), located on the hill slope, the Late Bronze Age–Early Iron Age settlement has been further cleared. In the Western part of the trench, a heavy remodelling of the site, which can be dated to the Late Geometric–Early Archaic period, had obliterated all earlier built structures. Early Geometric walls and floors were preserved to the North and East. Floors were usually made of compacted clay, in some cases one finds patches of pavements made of stone or of ceramic pieces. The walls consisted of one or two rows of roundish stones with a superstructure made of mudbricks and wooden elements. The fill of the rooms consisted of a compact reddish layer with ashes patches resulting from the destruction. To the Northwest of the trench, an infant inhumation in a Canaanite jar was found under a floor level (fig. 2). The neck of the jar had been cut and protected the body. The child wore a bronze fibula and an amber bead. A skyphos and a juglet of Proto-White Painted ware, which were deposited with the jar, suggest a dating to the beginning of the 11th c. BC. The early Geometric floor levels rested on earlier, Late Bronze Age floors. At the present state of research, they can be dated to the 12th c. B.C. They yielded fragmentary material dated to the 13th c. BC. Some luxury pieces (ivory boxes, Egyptian faience vases, high quality Mycenaean ceramic imports) are noteworthy. They confirm an early occupation of the site, whose nature has still to be established.

The preliminary results of this second field campaign demonstrate a much longer occupational phase of the site than previously thought: The Northern part of Bamboula was inhabited since at least the 13th c. BC and continued to be frequented until at least the 2nd or 3rd c. AD. The unexpected discovery of a well has to be interpreted in relation with the numerous Roman amphora fragments found in the harbour basin, which show that Bamboula continued to serve as a major commercial harbour in Roman times. The successive Early Iron and Late Bronze Age floor levels document a chronological sequence poorly known in Cyprus where most sites were abandoned towards the end of the Bronze Age; the ceramic material retrieved so far is thus of utmost importance to gain a clear typo-chronological sequence and better understand the beginning of the new Geometric era.