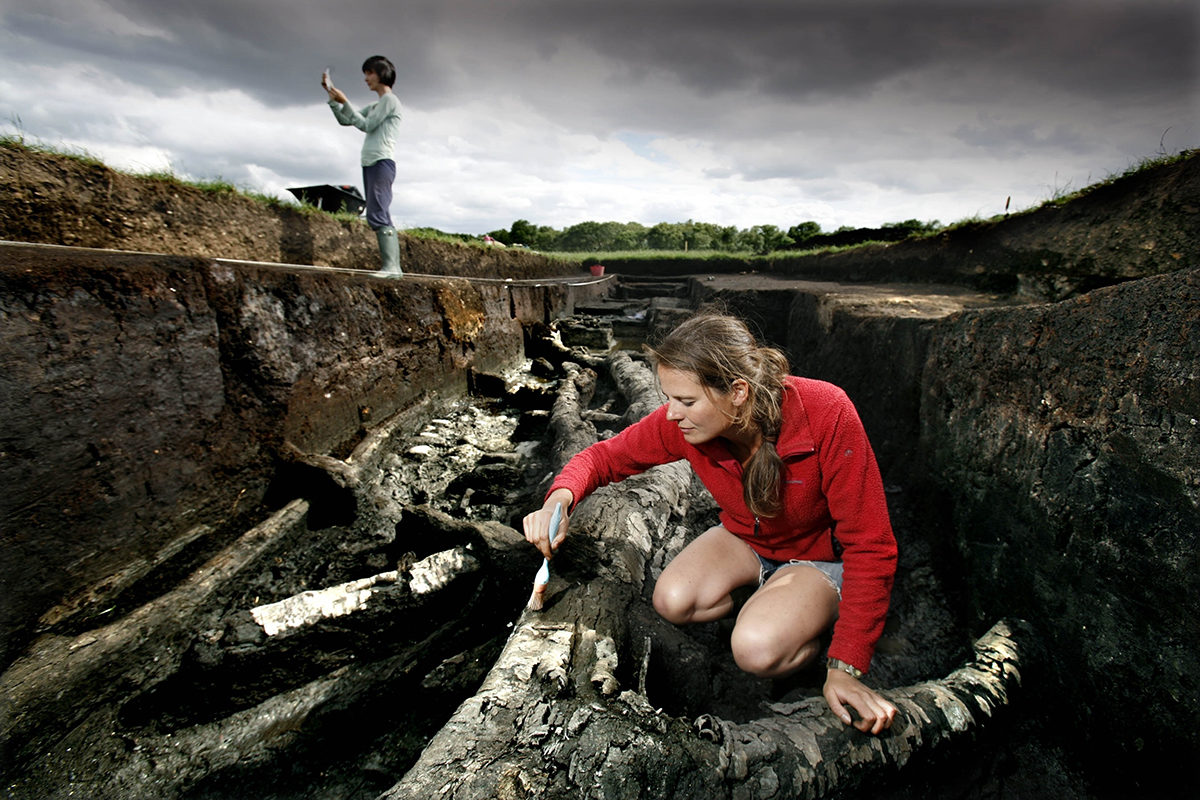 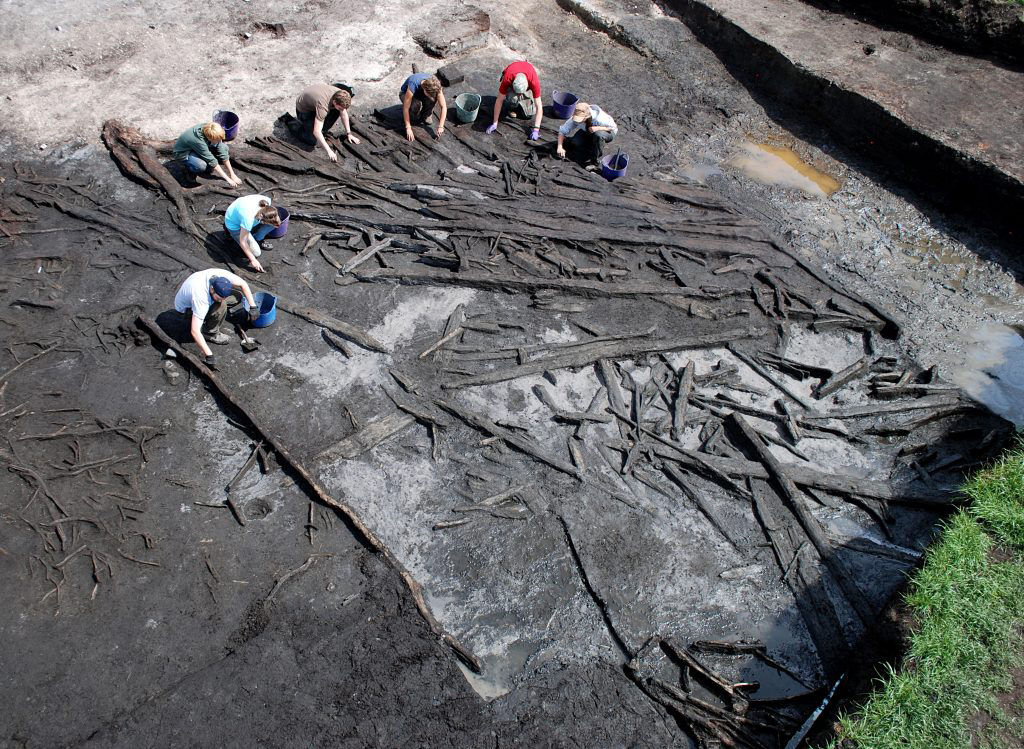 Northerners have always been hardy!

Pioneering early people who lived at the end of the last ice age actually carried on with life as usual despite plummeting temperatures, a study at a world-famous archaeological site in North Yorkshire suggests.

Leading researchers, based at Royal Holloway, University of London, and the University of York, found that a dramatic climate event with a sudden drop in average temperatures, severe enough to halt the development of woodland, had no substantial impact on human activity at Star Carr – a middle Stone Age archaeological site dating to around 9,000 BC.

The study sheds new light on significant debate about the sensitivity of hunter-gatherer societies to environmental change.

The prehistoric community, who persevered through the cold snap that would last more than 100 years, left a plethora of worked wood, animal bones, antler headdresses and flint blades buried in layers of mud as evidence of their continued productivity and endurance.

Simon Blockley, Professor of Quaternary Science at Royal Holloway, said: “It has been argued that abrupt climatic events may have caused a crash in Mesolithic populations in Northern Britain, but our study reveals, that at least in the case of the pioneering colonisers at Star Carr, early communities were able to cope with extreme and persistent climate events.

“We found people were in fact far more affected by smaller, localised changes to their environment – Star Carr was once the site of an extensive lake and people lived around its edge.

“Over time the lake gradually became shallower and boggier, turning into fenland which eventually forced settlers to abandon the area.”

The early Holocene, the current geological epoch which started some 11,500 years ago when the glaciers began to retreat, was dominated by climatic instability characterised by extreme weather events triggered by ice-ocean interaction during the final wastage of the northern hemisphere ice sheets.

The rich archaeological record at Star Carr gave the researchers the rare opportunity to directly compare the palaeoclimate record with evidence of human activity through time in the same location.

The researchers examined human activity by looking at archaeological remains recovered from layers of wetland deposits at the edge of the extensive former lake basin in the Vale of Pickering.

They found evidence of houses, large wooden platforms built on the lake edge and large quantities of artefacts and bones preserved in the lake muds and these were radiocarbon dated. Pollen, macrofossils and isotopes taken from lake sediment cores allowed the researchers to build a high-resolution picture of the climate of the area over thousands of years.

The team identified two episodes of extreme cooling which saw average temperatures drop by more than 3 degrees in the space of a decade. The first of these events occurred very early after humans began to return to the area after the last ice age.

The evidence indicates that these conditions may have slowed down the progress and activity of a community in the nascent stages. However, the second of these events, which occurred later when the community was more established, appears to have had very little impact.

Professor Nicky Milner, senior author based at the University of York, added: “Perhaps the later, more established community at Star Carr were buffered from the effects of the second extreme cooling event – which is likely to have caused exceptionally harsh winter conditions– by their continued access to a range of resources at the site including red deer.

“We have been working at Star Carr for about 15 years and the site has produced an incredibly rare glimpse into the world of our Mesolithic ancestors who lived at the end of the ice age, about 11,000 years ago.

“Putting this archaeological data into the context of the climate and environment is very exciting and shows that we need to keep an open mind when thinking about the effects of extreme climate on early populations.”

Duncan Wilson, Historic England’s Chief Executive, said: “Star Carr is one of the best-known Mesolithic sites in Europe and is unique in Britain for the quantity and range of organic remains from this period.

“We have been involved with funding and supporting fieldwork at Star Carr for over a decade, and thanks to studies like these we now have a much better understanding of people’s resilience in the face of climate change 11,000 years ago.”

The work was funded by the European Research Council, Historic England, the Natural Environment Research Council, The British Academy, The Vale of Pickering Research Trust, and the Universities of Chester, Manchester and York.