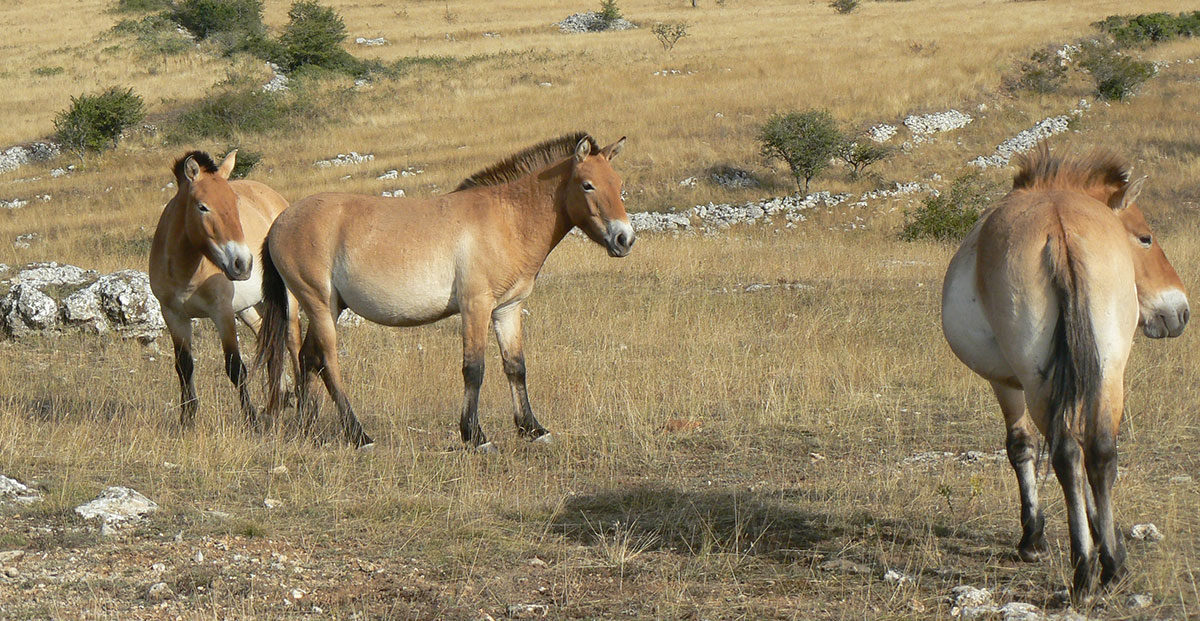 How Indo-European languages spread across Asia

A new study has discovered that horses were first domesticated by descendants of hunter-gatherer groups in Kazakhstan who left little direct trace in the ancestry of modern populations. The research sheds new light on the long-standing “steppe theory” on the origin and movement of Indo-European languages made possible by the domestication of the horse.

The researchers analysed ancient and modern DNA samples from humans and compared the results – the 74 ancient whole-genome sequences studied by the group were up to 11,000 years old and were from inner Asia and Turkey.

Professor Eske Willerslev, who holds positions both at St John’s College, University of Cambridge, and the University of Copenhagen, jointly led the study which looked at archaeological findings, history, and linguistics.

Much of the study builds on questions raised by scholars of Indo-European studies at the Institute of Nordic Studies and Linguistics at University of Copenhagen. A number of conflicting theories have been presented about who first domesticated the horse, with previous studies pointing to people of the pastoralist Yamnaya culture, a dominant herding group who lived in Eastern Europe and Western Asia.

Dr. Guus Kroonen, historical linguist at University of Copenhagen, explains: “The successful spread of the Indo-European languages across Eurasia has puzzled researchers for a century. It was thought that speakers of this language family played a key role in the domestication of the horse, and that this, in combination with the development of wheeled vehicles, allowed them to spread across Eurasia from the Yamnaya culture.”

However, as this study shows, domesticated horses were used by the Botai people already 5,500 years ago, and much further East in Central Asia, completely independent of the Yamnaya pastoralists. A further twist to the story is that the descendants of these Botai were later pushed out from the central steppe by migrations coming from the west. Their horses were replaced too, indicating that horses were domesticated separately in other regions as well.

No link between Botai and Yamnaya cultures

The study does not find a genetic link between the people associated with the Yamnaya and Botai archaeological cultures, which is critical to understanding the eastward movement of the Yamnaya. Apparently, their eastward expansion bypassed the Botai completely, moving 3000 kilometres across the steppe to the Altai Mountains in Central and East Asia.

Professor Alan Outram from the Department of Archaeology at the University of Exeter and one of the paper’s authors, states: “We now know that the people who first domesticated the horse in Central Asia were the descendants of ice age hunters, who went on to become the earliest pastoralists in the region. Despite their local innovations, these peoples were overrun and replaced by European steppe pastoralists in the middle and later Bronze Age, and their horses were replaced too.”

The authors also demonstrate the oldest known Indo-European language, Hittite, did not result from a massive population migration from the Eurasian Steppe as previously claimed.

In contrast to a series of recent studies on population movement in Europe during the Bronze Age, the new results from Asia suggest that population and language spread across the region is better understood by groups of people mixing together.

Gojko Barjamovic, Senior Lecturer on Assyriology at Harvard University, explains: “In Anatolia, and parts of Central Asia, which held densely settled complex urban societies, the history of language spread and genetic ancestry is better described in terms of contact and absorption than by simply a movement of population.”

He adds: “The Indo-European languages are usually said to emerge in Anatolia in the 2nd millennium BCE. However, we use evidence from the palatial archives of the ancient city of Ebla in Syria to argue that Indo-European was already spoken in modern-day Turkey in the 25th century BCE. This means that the speakers of these language must have arrived there prior to any Yamnaya expansions.”

Prior to entering South Asia, these groups, thought to have spoken an Indo-Iranian language, were impacted by groups with an ancestry typical of more western Eurasian populations. This suggests that the Indo-Iranian speakers did not split off from the Yamnaya population directly, but were more closely related to the Indo-European speakers that lived in Eastern Europe.

Unique collaboration between the humanities and the natural sciences

In this study, geneticists, historians, archaeologists and linguists find common ground – pointing to increased interaction between the steppe and the Indus Valley during the Late Bronze Age as the most plausible time of entry of Indo-European languages in South Asia. Several authors of the paper had radically conflicting views before the final interpretation was achieved.

Lead author on the article, Peter de Barros Damgaard, who is a geneticist working at the University of Copenhagen comments: “The project has been an extremely enriching and exciting process. We were able to direct many very different academic fields towards a single coherent approach. By asking the right questions, and keeping limitations of the data in mind, contextualizing, nuancing, and keeping dialogues open between scholars of radically different backgrounds and approaches, we have carved out a path for a new field of research. We have already seen too many papers come out in which models produced by geneticists working on their own have been are accepted without vital input from other fields, and, at the other extreme, seen archaeologists opposing new studies built on archaeogenetic data, due to a lack of transparency between the fields.”

“Data on ancient DNA is astonishing for its ability to provide a fine-grained image of early human mobility, but it does stand on the shoulders of decades of work by scholars in other fields, from the time of excavation of human skeletons to interpreting the cultural, linguistic origins of the samples. This is how cold statistics are turned into history.”

Guus Kroonen adds: “The recent breakthrough in ancient genomics poses challenges for archaeologists, linguists and historians because old hypotheses on the spread of languages and cultures can now be tested against a whole new line of evidence on prehistoric mobility. As a result, we now see that geneticists are driven by key questions from the humanities, and that research within the humanities is energized by the influx of new data from the sciences. In the future, we hope to see more cross-disciplinary co-operations, such as the one leading to this study.”