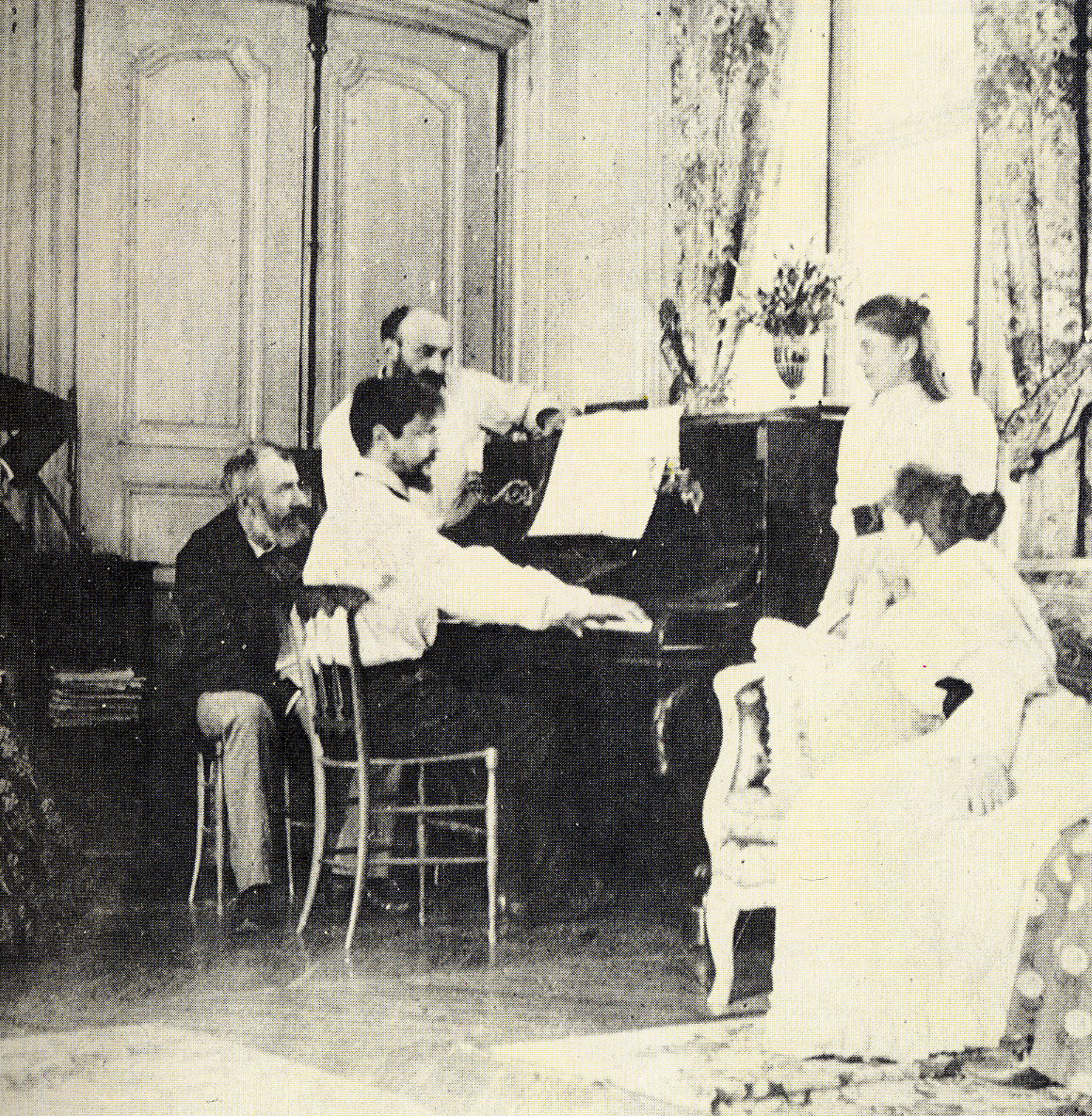 Hymnis, a musical love letter to his muse

Composed by Claude Debussy when he was just 19 years old, the score was last seen in 1926, when it was sold at an auction in Paris. Now, it has reemerged and two experts, the composer Jeff Cohen and the singer Pauline Texier, collaborate to bring the score for Hymnis— a musical love letter to his muse — back to life, ahead of its sale at Christie’s in Paris on 29 May.

The son of a shopkeeper and a seamstress, Claude Debussy (1862-1918) became one of the most influential composers of the late 19th and early 20th centuries, revolutionising piano music in the process. His greatest works  include Préludes, Reflets dans l’eau, and Clair de lune  for piano, and the orchestral pieces Images  and La mer.

In November 1917, the Christie’s Books and Manuscripts department in Paris was contacted by a client who owned a manuscript but was unsure of what it was. ‘When we saw it and looked through the 28 pages, we were absolutely astonished,’ recalls Adrien Legendre, a specialist at Christie’s in Paris. The manuscript in question turned out to be an unpublished score by Claude Debussy, its whereabouts unknown since 1926.

Debussy wrote the music for Hymnis, a play by the French Symbolist poet Théodore de Banville (1823-1891), in brown ink and pencil, scoring voice and piano parts for the first, second, seventh and final scenes of the play. The work now ranks among the composer’s earliest known compositions.

In a small note at the top of the cover page, Debussy dedicated his Hymnis  score to his lover, the amateur soprano Marie Vasnier, who was not only already married, but also 14 years his senior. The pair had met when the 18-year-old Debussy was employed as the pianist for her vocal lessons. She would go on to educate the aspiring composer about art, literature, music — and love.

Between 1880 and 1882 Debussy would score no fewer that 12 of de Banville’s poems and three of his plays, including this example. The scores are testimony to the important role Symbolist literature played in his work; he would dedicate each in turn to Vasnier, making them the equivalents of musical love letters.

While composing this music Debussy was travelling across Italy and Russia with his patron, the wealthy Russian business woman Nadejda von Meck. Some scholars have suggested that the uncomfortable social triangle between the three protagonists of Hymnis might reflect the situation a jealous Debussy found himself in with the Vasnier household back in Paris.

After wining the Prix de Rome  in 1884 and achieving financial independence from von Meck, Debussy relocated to Rome. It did not prove to be a happy move — he despised his fellow students and the city, and was soon pining for Vasnier. Sadly for him, their relationship foundered after eight years, and after his permanent return to Paris Debussy found a new lover and muse in the socialite Gabrielle Dupont.

The smell and the sound and that… something

This manuscript, which hasn’t been seen or played in public in almost a century since it last appeared at auction in 1926, is one of three known scores for Hymnis  that Debussy worked on. Of the others, one contains his strophes for the opening scene, the second for the beginning of scene seven. Both, however, feature different music for the same parts of the play.

Offered in Paris on 29 May, the manuscript contains a further 15 pages of previously unseen music by Debussy. ‘Everyone I’ve talked to, every musician, is excited, because of course we get to look at this music maybe for the first time in 100 years,’ says the composer and pianist Jeff Cohen, who plays the score in our film. ‘I found that even touching the paper itself is quite moving. Seeing Debussy’s handwriting, it’s as if he is standing there next to you — it’s so personal.’

While practising with the soprano Pauline Texier, one thought played on Cohen’s mind. ‘There is a smell and there is a sound and there is something about [Debussy] that is there,’ he says, ‘and you just hope you’re doing it the right way and that he won’t be upset — that’s what I keep thinking.’