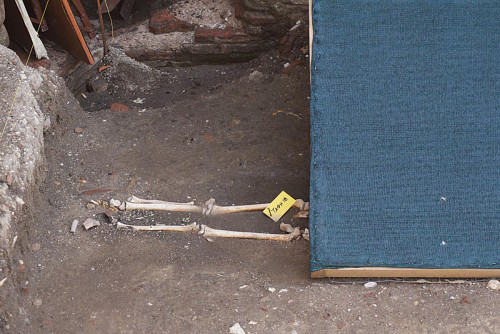 By the Ephorate of Antiquities of Rodopi

The bones were discovered at a spot between the Metropolitan Church of the Dormition of the Virgin Mary and the town’s Byzantine Fortress where works are being conducted by the Ephorate of Antiquities of Rodopi.

According to xronos.gr, at one spot the bones of at least seven people were found as well as perfectly preserved human remains while there are also other human bones scattered around.

So far, it is not known whether this is a mass grave or part of a cemetery, while the time of burial is still to be determined following examination.

NOTES
1. xronos.gr (Translated from the original Greek text into English by Archaeology Newsroom)