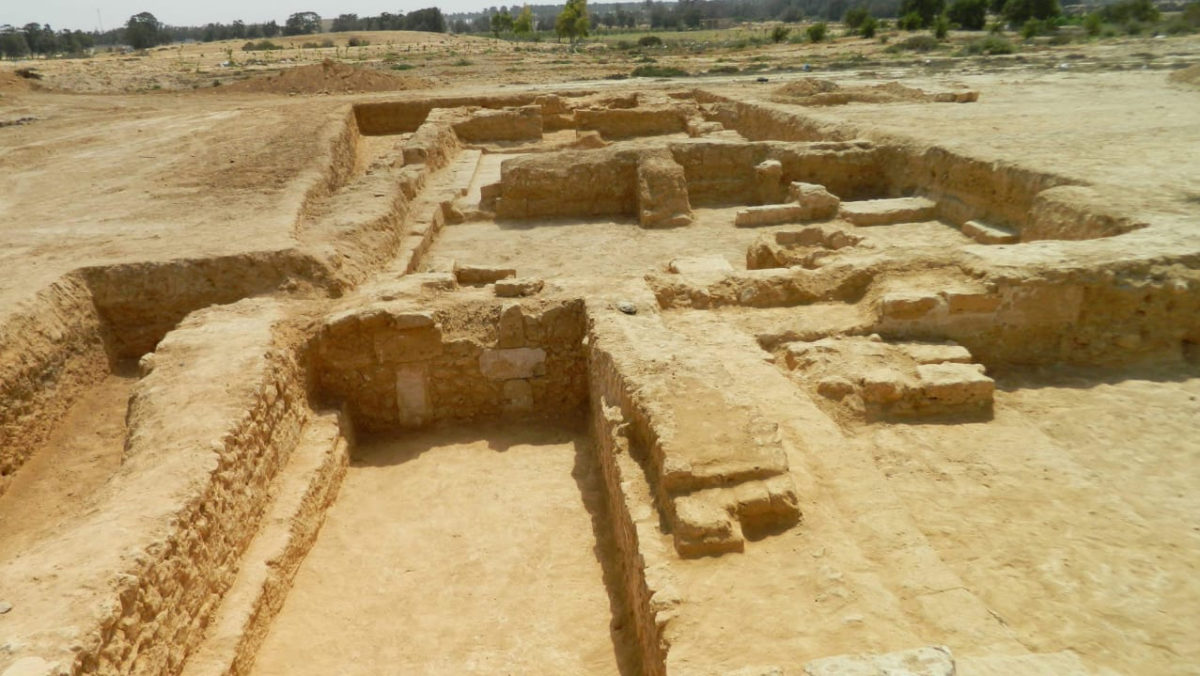 A number of chambers dating back to the Roman and Byzantine periods has been uncovered during rescue excavations carried out in Mitt Abu al-Kom at Marya site, Alexandria.

Dr. Mostafa Waziri, Secretary General of the Supreme Council of Antiquities, explained that one of the discovered chambers contained remains of Roman structures and has walls composed of huge stone blocks with right angles indicating that it dates back to the Roman era, while the second chamber has marble columns  smoothly carved in Doric order Roman style, in addition to a large number  of coins.

The rest of the chambers have Byzantine walls, which contain blocks of stone of irregular and unequal sizes with spaces filled with weak Byzantine mortar much of which deteriorated.

Another room with tiled floor has a column bearing foliage decoration.

Nadia Kheidr, head of the Central Department of Antiquities of Lower Egypt, said that a number of lamps decorated with crosses and palm leaves were found, along with dishes, and two large water jars, all of them in a good conservation condition, as well as a large number of fragments of pottery.