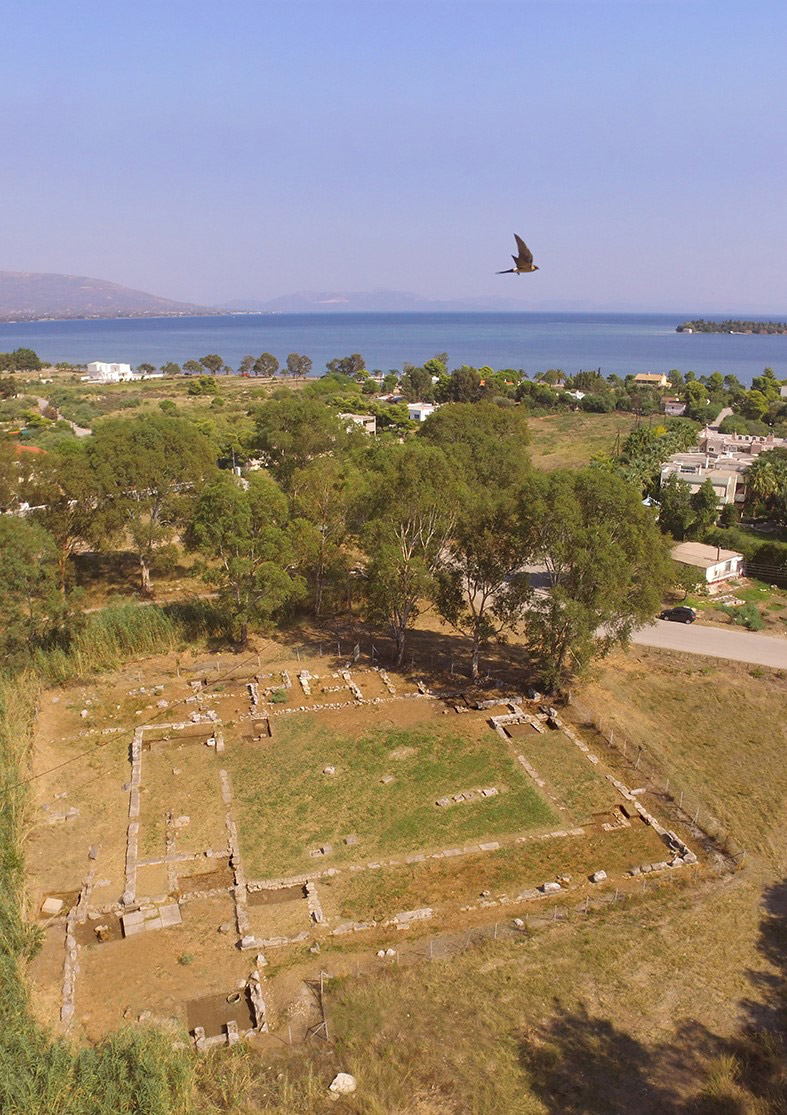 Excavations at the South Palestra in Eretria

By the Swiss School of Archaeology in Greece

From August 23 to September 7, 2018, the Swiss School of Archaeology in Greece (ESAG) conducted excavations in the South Palestra in Eretria, headed by director of ESAG Professor Karl Reber and its members Geoffroy Luisoni and Guy Ackermann, supervised by the Ephorate of Antiquities of Euboea and specifically by its head Mrs. Angeliki Simosi and archaeologist Kostas Boukaras.

It is a public building used for athletics, uncovered in 1917 by Greek archaeologist Konstantinos Kourouniotis. So research on the monument is being continued 101 years on from the first excavation.

The South Palestra is situated in the south east quarter of ancient Eretria, close to the Sanctuary of Isis and the city’s fortifications. It is made up of a large, square courtyard, approximately 22m wide, surrounded on its east and west sides by a stoa that forms a corner and to the north by a large platform with an inside colonnade. The east side consists of a series of rooms whose use to date is not known, while the sanctuary of the goddess Eileithyia was located on the building’s north west corner.

No finds have survived from the early 20th century excavations. In 2018 the ESAG dug 13 trial trenches to locate material which would throw more light onto the dates of the monument’s construction phases.

The main scientific finding of the 2018 excavations was the uncovering of a rectangular space, measuring 23x31m, that was possibly surrounded by three stoas/covered colonnades. The masonry and ceramic material associated with the space suggest dating from the Classical period, definitely prior to the start of the 4th c. BC. It seems to have been neither a house nor a workshop or even a sanctuary. The reuse of many of the space’s walls and the existence of a large courtyard during the next phase in the 4th c. BC, suggest that from the start the space was used as a palestra for the athletic training of the young Eretrians. During its first phase, the South Palestra is a significant testimony to the evolution of classical monuments used for athletics, since to date only a handful of palestras of that period are known to us. To the north west of the Palestra, K. Kourouniotis had brought to light a rectangular space that according to the inscriptions was dedicated to the cult of Eileithyia, goddess of childbirth and children. Two trenches dug in this small sanctuary revealed a well and a foundation bothros/pit in which about 100 small kotylai dating from the last quarter of the 4th or early 3rd c. BC.