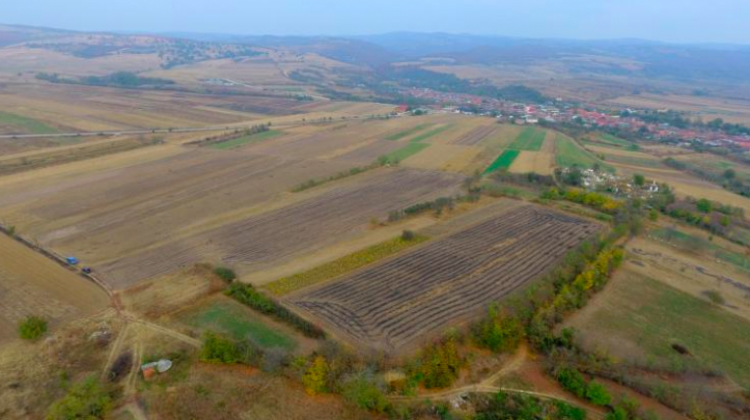 Scientists have determined the layout of the Roman fort in Pojejena

We now know the layout of a large Roman fort in Pojejena in western Romania, on the Serbiam border. It was a few hectares of land surrounded by an embankment, a wall and a ditch. Polish scientists determined that using geophysical methods.

The fort in Pojejena on today’s Romanian-Serbian border was probably built at the end of the first century AD. Its history is not completely clear to historians.

“We know that it was certainly an important strategic point. It is almost at the entrance to the Iron Gate, a rather long section of the middle Danube, which was not navigable in the Antiquity due to the rocky bottom”, says archaeologist Emil Jęczmienowski from the Institute of Archaeology of the University of Warsaw. He is the leader of the project aimed at surveying the fort in Pojejena. The team also includes other researchers from the University of Warsaw and scientists from the National Museum of Banat in Timişoara and the Mountain Banat Museum in Resita (Romania). The research was financed by the National Science Centre.

Due to the location near the border, historians are not sure which Roman province governor the garrison in Pojejena was under — Dacia or Moesia. But it is known that it was a fort, not a legion camp, meaning that it was a smaller military facility, in which an auxiliary unit was stationed, possibly with a legion unit. In the case of Pojejena, these were probably units in the strength of two cohorts, a total of no more than a thousand soldiers, Jęczmienowski believes.

Until now, only a few spots in the fort have been studied by archaeologists. Scientists conducted excavations in various places, but they did not have a full picture of the fort — its size, shape and layout. The situation changed when the Polish team used geophysical research equipment.

“In the image we have obtained, the contours of the fort are clearly visible, which allows for a fairly accurate estimation of its dimensions – about 3 hectares, which is quite a lot for an auxiliary troops fort”, Jęczmienowski says. He emphasises that the picture is so clear that it is possible to distinguish particular elements of the fortifications: the embankment and its reinforcement, the wall and ditch. But that`s not all. Scientists have also identified a number of structures within the fort, including the command building and probably the barracks.

“When we were choosing the set of methods for our research we expected good results, but what we managed to register exceeded our expectations. The responsiveness of the magnetic method in these specific conditions turned out to be very good, and despite the degradation caused mainly by the agrotechnical activity and erosion, the northern part of the fort is probably still fairly well preserved”, says Michał Pisz, PhD student at the Faculty of Geology of the University of Warsaw, responsible for the use of geophysical methods.

“Determining cardinal orientation is one of the most important research elements that will allow us to better understand the history of this area during the Roman conquest, as well as many issues related to defence strategy, topography or the role of this extremely important garrison”, emphasises Dr. Agnieszka Tomas from the Institute of Archaeology, University of Warsaw.

As a result of the research project, archaeologists also determined the course of the main roads from the fort — and possibly also of the network of aqueducts that supported this military structure. The research also helped locate the civilian settlement that adjoined the fort.

Researchers are happy to have been able to explore the fort in Pojejena. It is one of the last such sites available for research in this area; many archaeological sites located downstream on both sides of the Danube were flooded as a result of the construction of a dam in the 1960s and 1970s.