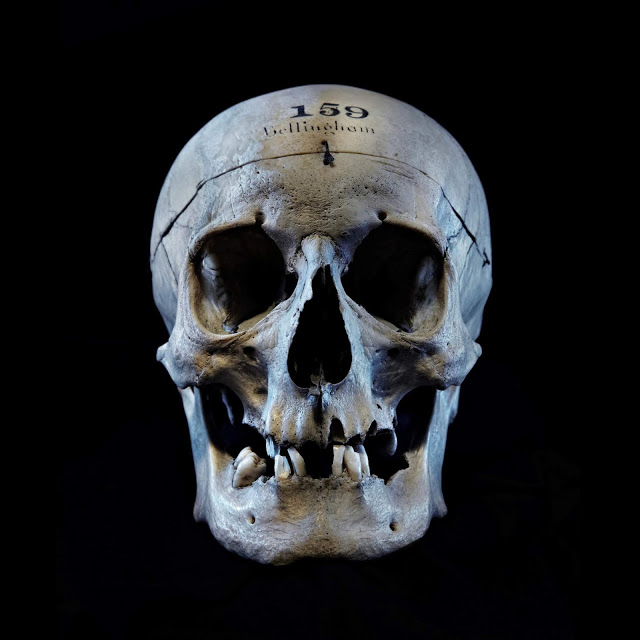 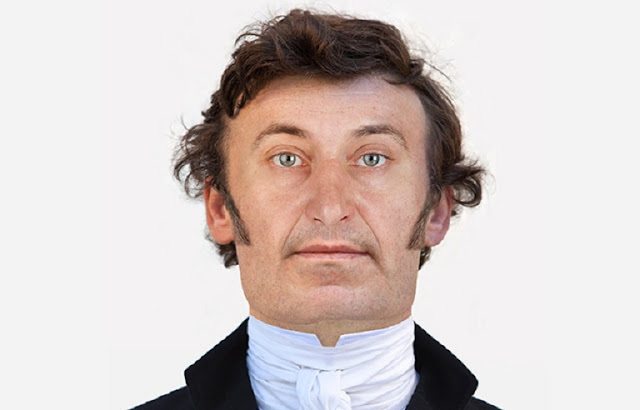 Portrait by museum technicians at Queen Mary University of London

A brand new portrait of the only person to have successfully assassinated a British Prime Minister, has been revealed by museum technicians at Queen Mary University of London.
The image of John Bellingham was created through forensic reconstruction based on his skull—the most famous item in the collection at Queen Mary’s Pathology Museum.

John Bellingham is known for assassinating the British Prime Minister Spencer Perceval in 1812. Although there is little information that exists about this skull, it is known that the museum acquired the specimen because the punishment for murder at that time was to be “hanged and anatomised”.

The forensic imaging expert Hew Morrison, whose previous work involved reconstructing the face of the Bronze Age woman ‘Ava’, carried out a digital reconstruction based on the skull, to reveal what John Bellingham would have looked like at the time of his death.
Carla Valentine, Museum Technician at Queen Mary’s Pathology Museum, said: “This is a novel way to engage the public with a previously one-dimensional ‘specimen’. In this project, we specifically opted to reconstruct a well-known figure in order to reinstate his personality.

“A skull which has been denuded of its facial features—and therefore its identity—has less of an impact on a museum visitor than being able to see the person’s face. The impersonal presentation of a skull can also be seen as creating a ‘spectacle’ out of the person, which is an issue when we work hard to display human remains to the public in an appropriate manner.”

The forensic imaging expert behind the new portrait, Hew Morrison, said: “I found the skull to be rather unusual looking, with quite a bulbous cranium and noticeable asymmetry of the chin. John Bellingham would have had a long, narrow, slightly downturned nose. This was apparent when I saw the skull as the nasal aperture was indeed quite significant in length with a downward nasal spine.

“I gave him a neutral expression as I treated this like any other facial reconstruction. Despite committing the crime that he was found guilty of and subsequently executed for, I did not feel the need to make him look bad or mean in any way.”

John Bellingham’s living relatives were first traced and gave agreement to the project.

Knowing that John Bellingham was a male in his forties and of British descent, a modern database of tissue depth markers that apply to European male individuals of the same age group were used to gauge the thickness of the tissues that overlay the skull.
The eye sockets on the skull were quite large, which led to the high position of the eyebrows on the facial reconstruction.

The height of the enamel of the front teeth on the skull also determines the thickness of the lips. This was used to determine the height of the bottom lips from the teeth, but due to the top teeth not being present, an approximation had to be made for the top lips.

To create the facial features, a large database of high-resolution photographs of human faces was used. Each facial feature was adjusted to fit with the underlying anatomy of the skull and facial muscles. Computer software was used to combine and blend everything together to create the completed face.

Hair colour, eye colour and skin tone cannot be determined from a skull. However, a suitable hairstyle was added to the reconstruction along with sideburns, which were present in illustrations of John Bellingham from the time.

An old-fashioned Jabot-type necktie and dark woolen Crombie overcoat with the collar turned up was then photographed and added to the digital image, so as to dress Bellingham in a style that would be fitting to the time period.