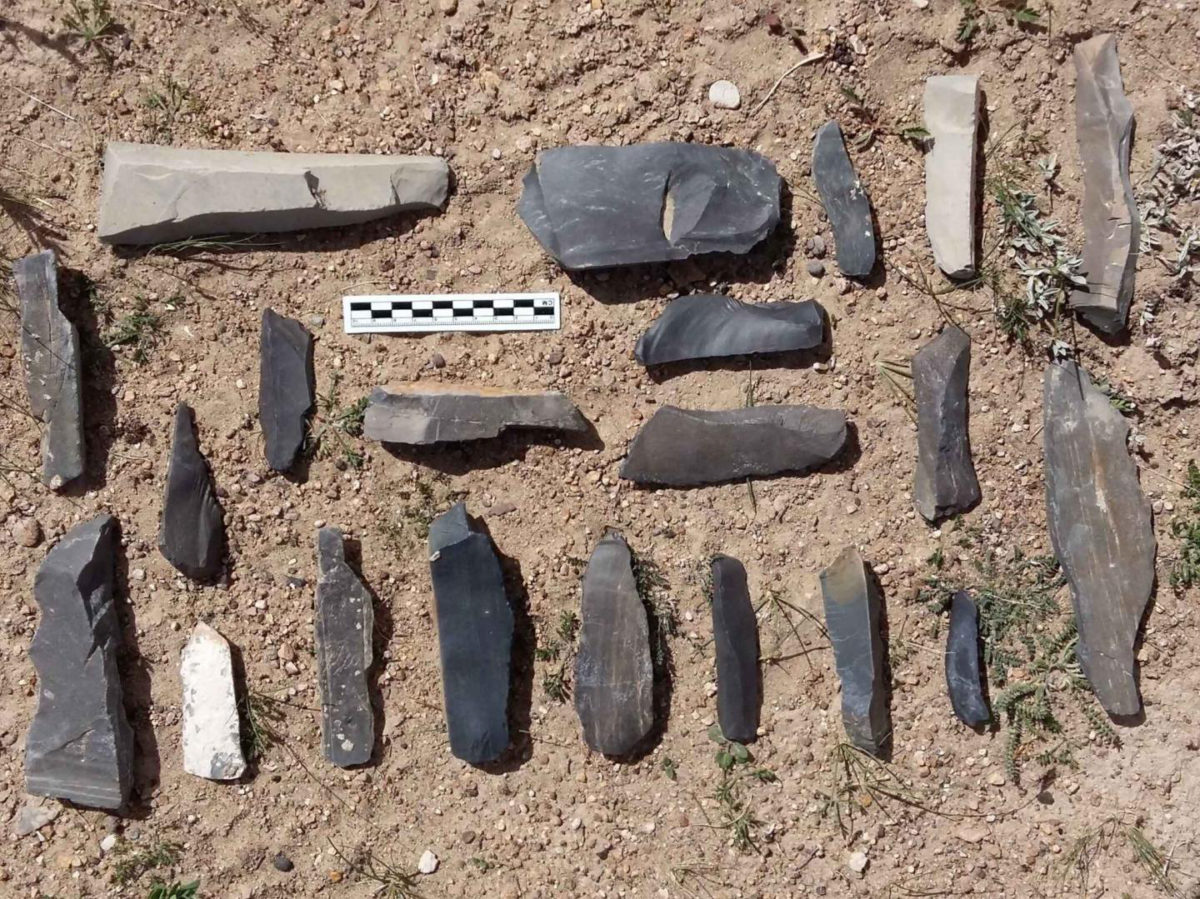 Based on investigations of Nwya Devu

Human ancestors first set foot on the interior of the Qinghai-Tibetan Plateau around 30,000-40,000 years ago, according to new research by scientists from the Chinese Academy of Sciences (CAS). This new finding moves back the earliest data of habitation in the interior by 20,000 years or more.

The research team was led by Dr. ZHANG Xiaoling and Prof. GAO Xing from the Institute of Vertebrate Paleontology and Paleoanthropology (IVPP) of CAS. Their study, published in Science, was based on investigations of Nwya Devu, the oldest and highest early Stone Age (Paleolithic) archaeological site known anywhere in the world.

This archaeological achievement is a major breakthrough in our understanding of the human occupation and evolution of the Qinghai-Tibetan Plateau as well as larger-scale prehistoric human migration and exchanges. It caps 60 years of effort trying to find evidence of the earliest human habitation on the plateau.

The high altitude, atmospheric hypoxia, cold year-round temperatures and low rainfall of the plateau creates an extremely challenging environment for human habitation. Archaeological evidence indicates it was one of the last habitats colonized by Homo sapiens. Today, the Qinghai-Tibetan Plateau is the third least-populous spot on the planet.

Before now, no concrete evidence existed of people inhabiting the interior of the plateau before the Holocene geological epoch (4,200-11,700 years ago). In addition, only a few reliably dated Pleistocene (11,700-2.58 million years ago) archaeological sites had been discovered around the plateau’s margins.

The Nwya Devu Paleolithic site discovered by this team confirms that human ancestors set foot on the Qinghai-Tibet Plateau at elevations approaching 5,000 meters above sea level around 30,000-40,000 years ago. It is the first Paleolithic archaeological site discovered in Tibet that preserves intact stratigraphy allowing age-dating of the site’s antiquity. Nwya Devu is located in the Changthang region of northern Tibet, about 300 km northwest of Lhasa, the capital of Tibet Autonomous Region, at about 4,600 meters above sea level.

The site comprises an extensive, dense surface distribution of stone artifacts and a buried continuous record of human occupation. It is the earliest Paleolithic site known on the Qinghai-Tibetan Plateau and the highest yet discovered anywhere in the world. Before this discovery, the earliest archaeological record of high-altitude human activity was from the Andean Altiplano, at about 4,480 meters above sea level, showing human habitation about 12,000 years ago.

This discovery deepens considerably the history of human occupation of the Qinghai-Tibetan Plateau and the antiquity of human high-altitude (>4,000 masl) adaptations.

The Late Pleistocene (about 12-000-125,000 years ago) was a crucial period for human evolution. During that time, the behavior and cognitive ability of ancient humans developed rapidly and the ability to adapt to a broader range of environments similarly increased. The prehistoric cultural artifacts from Nwya Devu provide important archaeological evidence of the survival strategies of early anatomically and behaviorally modern people to what is arguably the most rigorous terrestrial environment on earth. It also allows analysis of Paleolithic exchange and interactions between East and West suggesting possible migration routes.

The paper was vetted by three reviewers during the evaluation process, with one concluding it is ” . . . quite original and very exciting, and will be of utmost interest to the readers of Science and researchers studying the origin and dispersal of modern humans and high altitude colonization. The results have profound implications for the understanding of the timing and dynamics of human settlement of the Tibetan Plateau.”