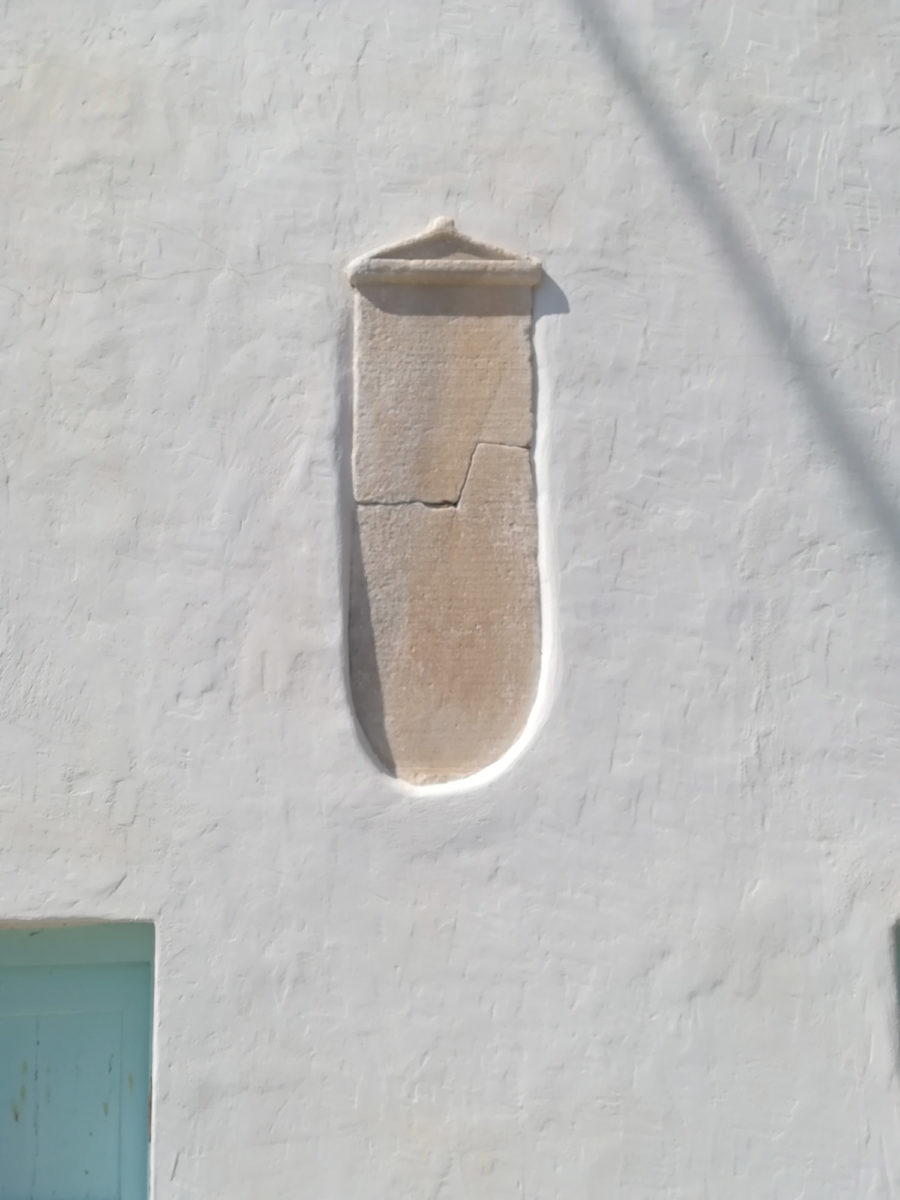 The Adventure of a stone: rediscovery of an important inscription on Amorgos

The Ministry of Culture and Sports announced that the famous resolution of Nikouria (IG XII 7, 506), a key text regarding the history of the Aegean in the 3rd c. BC, was recently rediscovered on Amorgos. The inscription had been found in 1893 in the church of Panagia on the small island of Nikouria opposite Aegiali, Amorgos and at that time was temporarily transferred to a neighbouring barn where it could be seen up to 1908, but had then disappeared at some point in time. We are familiar with its text from its publication.

The resolution mentions the decision made by the League of the Islanders, a political union set up by the Ptolemaic dynasty, to participate with official representatives in the feast and games organized in Alexandria by Ptolemy II in honour of his deified father Ptolemy I Soter. A copy of the resolution was placed on the altar of Ptolemy I on Delos, the seat of the League, while it had been planned to erect more of them in all the cities that had voted in favour, among which was one of the cities of Amorgos.

The resolution of Nikouria occupies a central position in scientific research because it provides information on the correlation of forces in the Aegean during the first half of the 3rd century B.C., namely the transition from the control of the Macedonians to that of the Ptolemies. According to the prevailing view, the inscription dates back either to 280-278 B.C. or to the early years of the second decade of the 3rd century B.C.

In the past, dozens of Greek and foreign researchers and archaeologists from the Archaeological Service had searched for this important resolution. Recently, following a tip from locals, Stelios Perakis, an archaeology student in his final year at the University of Athens who comes from Amorgos and the German archaeologist N.N. Fischer relocated the inscription that had been built into the wall of a newly renovated house, not yet whitewashed, in the village of Tholaria. It is worth mentioning that this house had previously belonged to Stamatis Grispos, a shepherd on Nikouria.

The Ephorate of Antiquities of the Cyclades would like to thank all those who played a part in relocating the inscription and informing the Archaeological Service, and is now going ahead with its removal from the wall, its transportation and exhibition at the Amorgos Archaeological Collection.