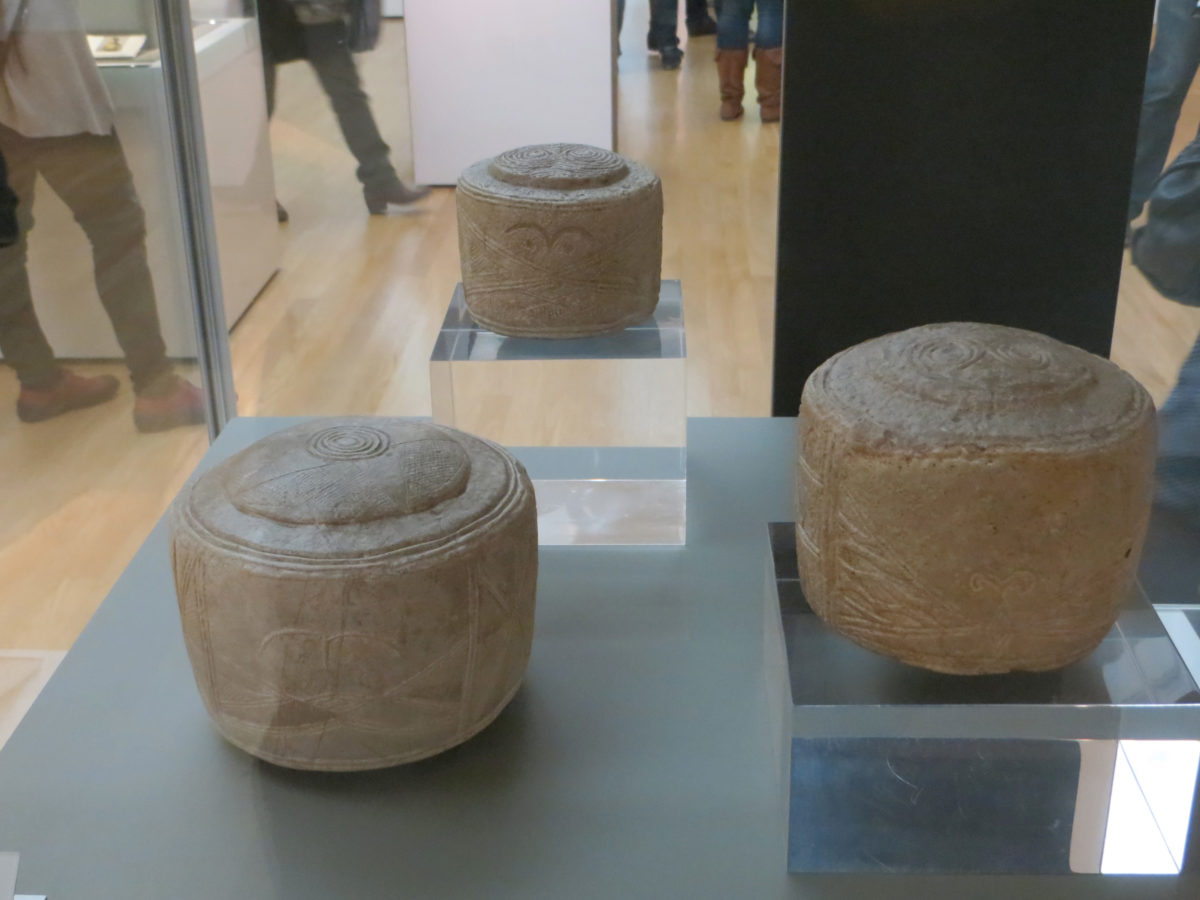 Collaborative research by UCL and the University of Manchester has shown that the Folkton Drums could have been used in the construction of monuments such as Stonehenge.

The Folkton Drums, a unique set of chalk cylinders, are around 5000 years old but until recently the function of these artefacts was completely unknown. Three of the chalk drums were discovered in 1889 near the village of Folkton in Yorkshire, while a fourth was discovered more than a century later near Lavant in West Sussex.

According to this recent study published in the British Journal for the History of Mathematics, a standard unit of length (3.22 metres) can be obtained by winding a cord a fixed number of times around each of the drums. This unit of length appears to have been used in the construction of large stone and timber circles including Stonehenge and Durrington Walls in Wiltshire.

The drums appear to have been created in a carefully graduated series of sizes so that a cord of 3.22 metres wraps exactly ten times round the circumference of the smallest drum and exactly nine, eight or seven times around each of the sequence of larger drums.

Measuring cylinders would have provided an accurate and highly portable method for ensuring that the quarried stones were of the correct size and for ensuring that monuments of similar design could be built at widely separated locations.

Lead author Anne Teather (University of Manchester) indicated: “These findings show how important it is to continue to research artefacts in museum collections, and the value in collaborative research for understanding prehistory.”

According to Mike Parker Pearson: “For almost 150 years the Folkton Drums have been viewed as beautiful yet unfathomable artefacts. A new understanding that their size and design elements may, in fact, have applications to monument construction has intriguing implications for our knowledge of Neolithic society.”