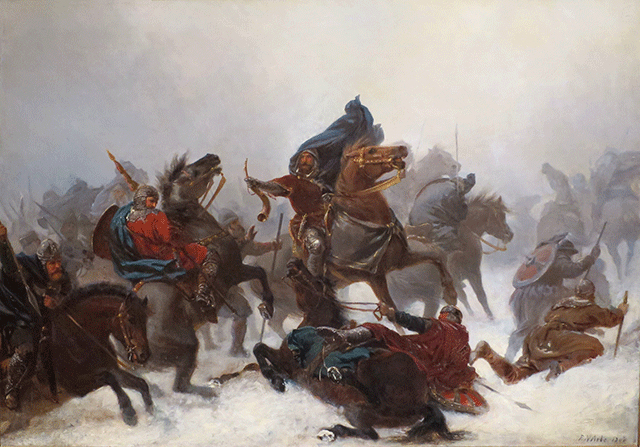 There are many ways in which to understand the new wars of today. One way is to look at the wars that took place in medieval times.

Most wars since 1989 have not been fought between states. The divisions associated with classical types of warfare—between soldiers and civilians, soldiers and criminals, war and peace—are not that clear anymore. Such as the present situation in Afghanistan.

In recent years, there has been a major international discussion among political scientists and anthropologists about how to understand new types of wars that have arisen since the Cold War.

The classical understanding of the term “civil war” is often imprecise when wars are fought across national borders. Instead, the term “new wars” has become more common among many experts and researchers.

But are the new wars really so new? At the University of Oslo, there are two historians who see similarities to the old wars in medieval Nordic areas.

“The debate about the new wars has inspired us in the understanding of medieval civil wars”, says history professor Jón Viðar Sigurðsson.

Together with his colleague, history professor Hans Jacob Orning, he leads the research project: Nordic “civil wars” of the High Middle Ages in an interdisciplinary and comparative perspective.

The research is interdisciplinary because they cooperate with European political scientists and anthropologists. The research is also comparative because they make comparisons between the medieval civil wars in Nordic areas and today’s new wars, more specifically in Guinea Bissau and Afghanistan.

1. Unclear divide between war and peace

The period from 1130 to 1260 is considered to be the bloodiest period in Nordic history. There were several civil wars in Norway, Sweden, Denmark and Iceland.

“During some periods, these civil wars were very intense, whereas other periods were much quieter”, says Hans Jacob Orning. “And here we can find the first similarity between medieval wars and today’s new wars: The unclear divide between war and peace”, says Sigurðsson.

The Norwegian civil wars are considered to last from the death of the Norwegian king Sigurd Jorsalfares in 1130 until the fall of Skule Bårdsson in 1240. But the wars were not always as bloody and fierce.

Another similarity between the new wars and the Nordic medieval wars is that there were many different groups involved. The wars didn’t just involve two parties, something which made the concept of the enemy very unclear.

“There were several conflicts taking place at the same time and they often spread across borders. Something we see today in places like Afghanistan”, says Sigurðsson.

3. The profiteers of war

The researchers point to a third similarity between the new wars and our medieval wars: The profiteers of war. “Similar to today, there were also participants 800 years ago who benefitted from keeping the conflict alive”, says Orning.

During the Middle Ages in Norway, those with large landed property and good family backgrounds were considered the elite.

“It was in the elite’s interest to have a certain level of conflict so they could get more out of their peasants. Uncertainty was good because people had to rely on the elite to get protection. This is how they strengthened their position of power”, Sigurðsson explains.