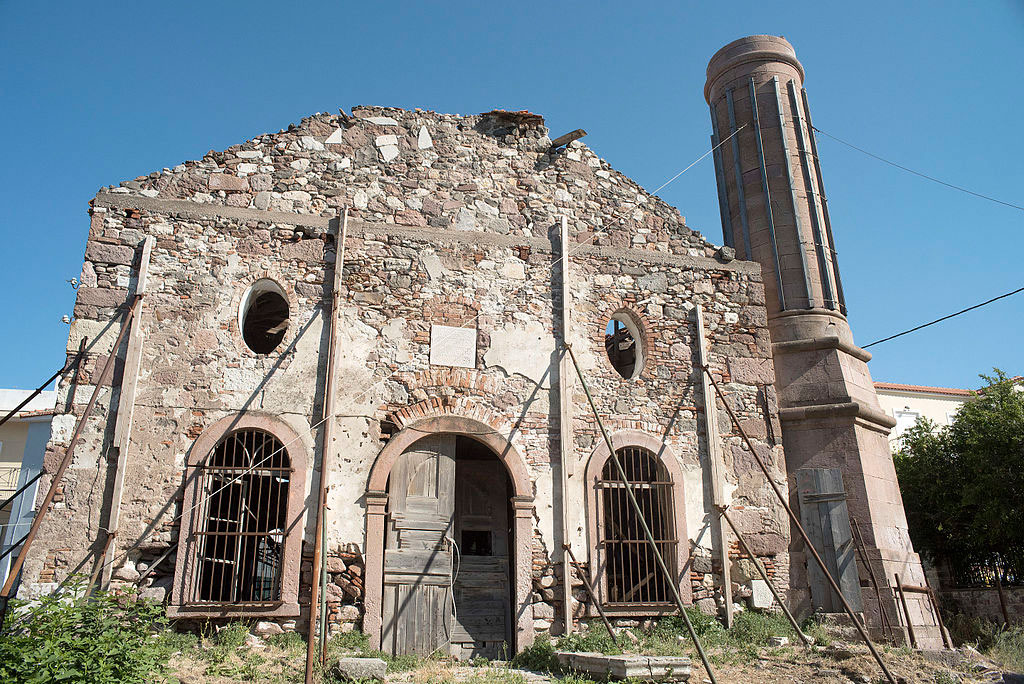 Mytilene: the Valide Djami is being restored

The Muslim mosque in Epano Skala

A very important cultural project has begun that can contribute considerably to the growth of the northern part of the town of Mytilene, funded with €1.2 million by the special operational programme for the Aegean islands.

The forgotten and ruined Valide Djami, the Muslim mosque in Epano Skala has just begun to be restored by the Ephorate of Antiquities of Lesbos. Preliminary work is already being done to clean the area, reveal the paved floors around the monument and gather architectural and structural elements from both the main building and the minaret. Head of the Lesbos Ephorate of Antiquities, Pavlos Triantafyllidis told the Athens and Macedonian News Agency that when the project is completed, the site will serve as a museum of inscriptions of the Ottoman period.

The Valide Djami is the oldest Ottoman mosque in Mytilene. The dedicatory inscription on the lintel of its façade proves that at least part of the surviving building was built in 1615, outside the castle, in the center of the Muslim district of the city during the Ottoman Empire. It was declared a listed building by the Ministry of Culture in 1981, but since then, absolutely no maintenance work has been done on the monument.

The one storey building is made of stone, with a pitched roof most of which has collapsed. A marble stair (with three steps) led to the paved courtyard, at the center of which was a multi-faceted fountain of white marble, decorated with incised arabesques. Inside, the ceiling was decorated in many colours which, after the Turks’ departure in 1923, in accordance with the Treaty of Lausanne, was given a dark coat of paint. The mihrab was about six meters high and had plaster decorations.

Its minaret which is low and in accordance with Arabic architectural standards, is built of red stone from Ayvalik (sarmousakopetra) and almost entirely preserved. A small piece of it at the top has fallen off, but much of its stone structure has survived.

Apart from the repair of the main part of the mosque, the study provides for the repair and support of its minaret, as well as the landscaping of the surrounding area.