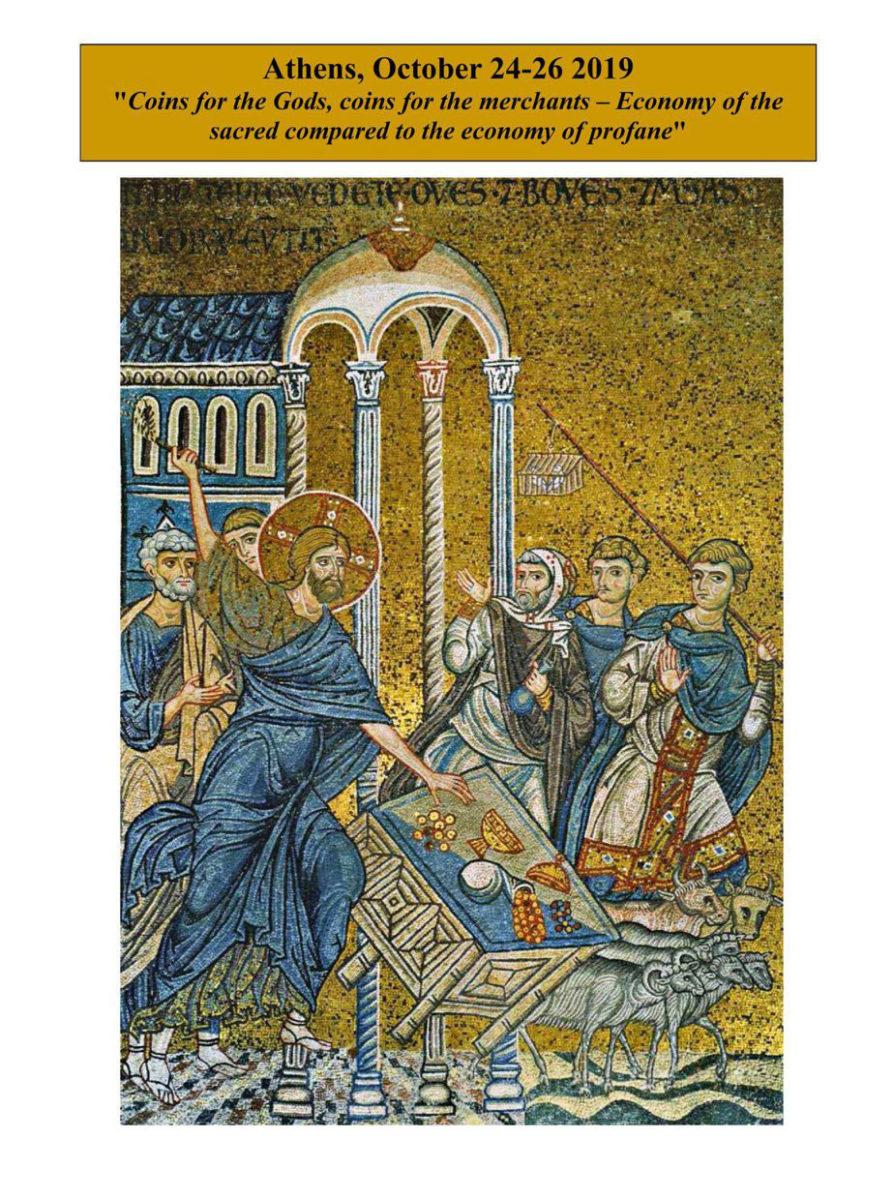 The numismatic conference with the title “Coins for the Gods, coins for the merchants. Economy of the sacred compared to the economy of profane” will be taking place in Athens between October 24th-26th, 2019. The conference is conceived as a follow up to the “Charon’s obol” conference (Oct. 2017) and is organized by the EBSA in collaboration with a series of partners.

Money has been a primary testimony of our economic and social life. What we often tend to omit from the discussion is the role of coins and money in a divine context. This doesn’t simply involve a discussion on the representation of temples on various coinages but, well on the contrary, a discussion focusing on the presence of monetary finds in places of worship. Coins found in sanctuaries can often be counted in their hundreds, even on thousands; how did these coins arrive in their final burial place? Are they to be considered as offerings to the gods, payments to temple officials, a settlement for the purchase of offerings (think: ‘the Cleansing of the Temple’) or simply the entrance fees to the sanctuary? But also needs to ask: who are those paying and what is their social status?

The purpose of this colloquium is to examine the specific context of coin finds in sanctuaries. When we are dealing with this type of finds, it is important to determine the reasons coins were used and deposited in sacred places (human constructions, wells, fountains, lakes and rivers, sinkholes, etc.). A coin find could be an offering, certainly a better term than ex voto, which signifies the solutio of a votum. In this case, written sources tell us of two categories of monetary offerings: stips and iactatio stipis.

The way to interpret coin finds in sacred space is also problematic from an archaeological point of view: is it possible to consider every coin found in a sanctuary as an offering? In case coin finds are considered as offerings, what types of coins are offered? Are there any tokens specifically created and used for replacing coins offerings in sacred spaces?

A similar colloquium was organized in Athens in November 2017 devoted to ‘Charon’s Obol’. The colloquium clearly showed the interest of numismatists and archaeologists in the contextualization of monetary discoveries in the Mediterranean basin. The present conference entitled ‘Coins for the Gods, coins for the merchants — Economy of the sacred compared to the economy of the profane’ will focus on the same geographic area, namely the Mediterranean and its immediate environs. The period covered starts with the 6th century BC and ends with nowadays’ practices.

Proposals for submissions (title and a maximum of 20 lines of abstract) or posters (the format is A0) are expected by July 15th, 2019, and are to be sent to Prof. Panagiotis Iossif ([email protected] or [email protected]). The duration of each presentation is set to a maximum of 30 minutes (+ 15 minutes of discussion). The academic committee will meet at the end of July; a list of selected papers will then be announced. Final texts will be directed to the secretary of the conference by December 31st, 2020. These papers will then be published in a special issue of the Journal of Archaeological Numismatics, to be issued in October, 2022.