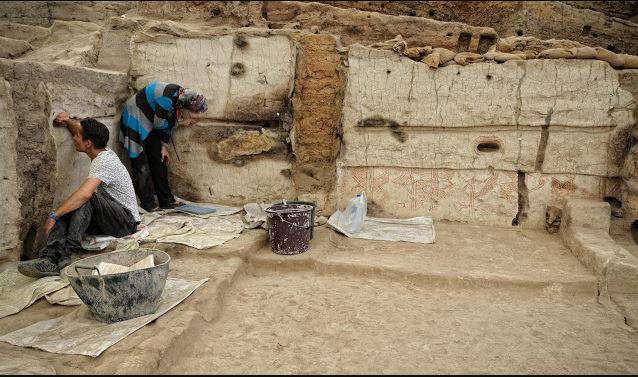 New research published today in the journal Antiquity reveals that ancient faeces from the prehistoric village of Çatalhöyük have provided the earliest archaeological evidence for intestinal parasite infection in the mainland Near East.

People first gave up hunting and gathering and turned to farming in the Near East, around 10,000 years ago. The settlement of Çatalhöyük is famous for being an incredibly well preserved early village founded around 7,100 BC. The population of Çatalhöyük were early farmers, growing crops such as wheat and barley, and herding sheep and goats.

“It has been suggested that this change in lifestyle resulted in a similar change in the types of diseases that affected them. As the village is one of the largest and most densely populated of its time, this study at Çatalhöyük helps us to understand that process better,” says study lead Dr Piers Mitchell of Cambridge’s Department of Archaeology.

The toilet was first invented in the 4th millennium BC in Mesopotamia, 3000 years later than when Çatalhöyük flourished. It is thought the people living at Çatalhöyük either went to the rubbish tip (midden) to open their bowels, or carried their faeces from their houses to the midden in a vessel or basket to dispose of them.

“We would expect this to have put the population at risk of diseases spread by contact with human faeces, and explains why they were vulnerable to contracting whipworm,” says the study first author Marissa Ledger.

“As writing was only invented 3000 years after the time of Çatalhöyük, the people were unable to record what happened to them during their lives. This research enables us for the first time to imagine the symptoms felt by some of the prehistoric people living at Çatalhöyük who were infected by this parasite.”

To look for the eggs of intestinal parasites, Cambridge researchers Mitchell, Ledger and Evilena Anastasiou used microscopy to study preserved pieces of human faeces (coprolites) from a rubbish tip, and soil formed from decomposed faeces recovered from the pelvic region of burials. The samples dated from 7,100-6150 BC.

To determine whether the coprolites excavated from the midden were from human or animal faeces, they were analysed for sterols and bile acids at the University of Bristol Mass Spectrometry Facility by Helen Mackay, Lisa Marie Shillito, and Ian Bull. This analysis demonstrated that the coprolites were of human origin.

Further microscopic analysis showed that eggs of whipworm were present in two of the coprolites, demonstrating that people from the prehistoric village were infected by this intestinal parasite.

Whipworms are 3-5cm in length, and live on the lining of the intestines of the large bowel. Adult worms can live for 5 years. Male and female worms mate and their eggs are mixed in with the faeces. Whipworm is spread by the contamination of food or drink from human faeces that contain the worm eggs. A heavy infection with whipworm can lead to anaemia, diarrhoea, stunted growth and reduced intelligence in children.

“Now we need to find ancient faecal material from prehistoric hunter gathers in the Near East, to help us understand how this change in lifestyle affected their diseases.” added Mitchell.