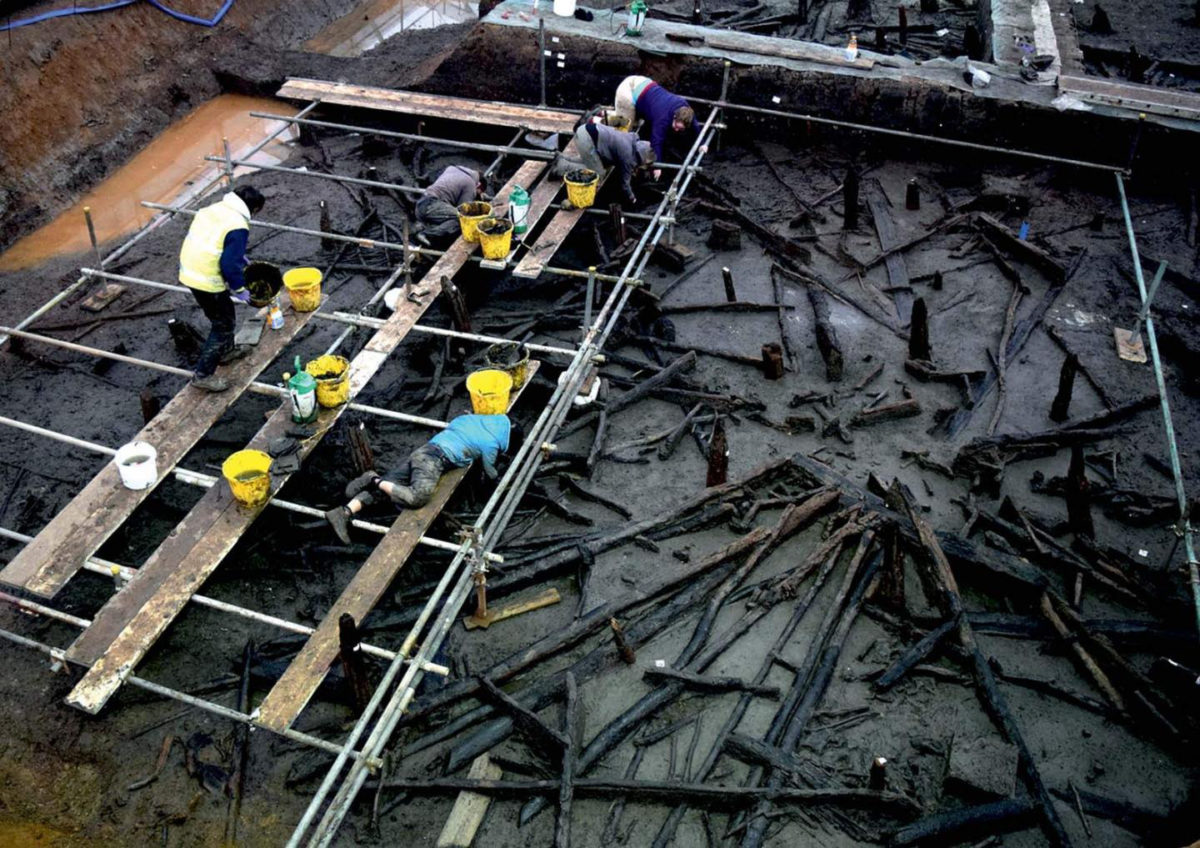 The short life of Must Farm

Must Farm, an extraordinarily well-preserved Late Bronze Age settlement in Cambridgeshire, in the East of England, drew attention in national and international media in 2016 as ‘Britain’s Pompeii’ or the ‘Pompeii of the Fens’. The major excavation was funded by Historic England and Forterra Building Products Ltd, which owns the Must Farm quarry.

Now for the first time, published in Antiquity, archaeologists from the Cambridge Archaeological Unit present a definitive timeframe to Must Farm’s occupation and destruction.

Site Director Mark Knight says, “It is likely that the settlement existed for only one year prior to its destruction in a catastrophic fire. The short history of Must Farm, combined with the excellent preservation of the settlement, means that we have an unparalleled opportunity to explore the daily life of its inhabitants.”

Living in the Fens

Must Farm is located within the silts of a slow-flowing freshwater river, with stilted structures built to elevate the living quarters above the water. This palaeochannel (dating from 1700-100 BC) was active for centuries prior to the construction of Must Farm (approx. 1100-800 cal BC), and a causeway was built across the river.

“Although excavation of the river sediments associated with the causeway was limited, stratigraphically we can demonstrate that the causeway and the settlement are chronologically unconnected. The people who built the settlement, however, would have been able to see the rotting tops of the causeway piles during the time of the settlement’s construction,” Knight continues.

Excavations between 2009 and 2012 revealed the remains of nine logboats in the palaeochannel, in addition to fish weirs and fish traps – further evidence of the long history of occupation in the landscape.

The Must Farm houses are the ‘most completely preserved prehistoric domestic structures found in Britain’, visible as ‘hundreds of uprights or pile stumps, which together define the outline and internal settings of at least five stilted structures’ enclosed by a palisade with an internal walkway.

The architecture reflects the conventions of the prehistoric British roundhouse, located in an unusual wetland setting. Uniquely, there is no evidence of repair to the structures, and strikingly, dendrochronological analysis has suggested that the timbers were still green when destroyed by fire.

The structures collapsed vertically, and the heavy roofs brought everything down with them into the sediment of the channel. A tragedy for the inhabitants, but serendipitous for archaeologists, as the fluvial silts have preserved “wooden artefacts, pottery sets, bronze tools and weapons, fabrics and fibres, querns, loom weights, spindle whorls, animal remains, plants and seeds, coprolites…”

A Year in the Life

Must Farm represents a routine dwelling in a rarely excavated fenland setting, which is incredibly valuable. It shows the typical patterns of consumption and deposition for this kind of site.

Some of the plant and animal remains found at Must Farm are rare for this period in British prehistory, including pike bones, sheep/goat dung, and currently unidentified entire charred tubers. Strikingly, most of the food sources, including wild boar and deer, are not from the wetlands.

Knight concludes, “We are only in the early stages of investigating the vast quantity of material from Must Farm, material which promises to reveal many more fascinating aspects of life in the fens 3,000 years ago.”