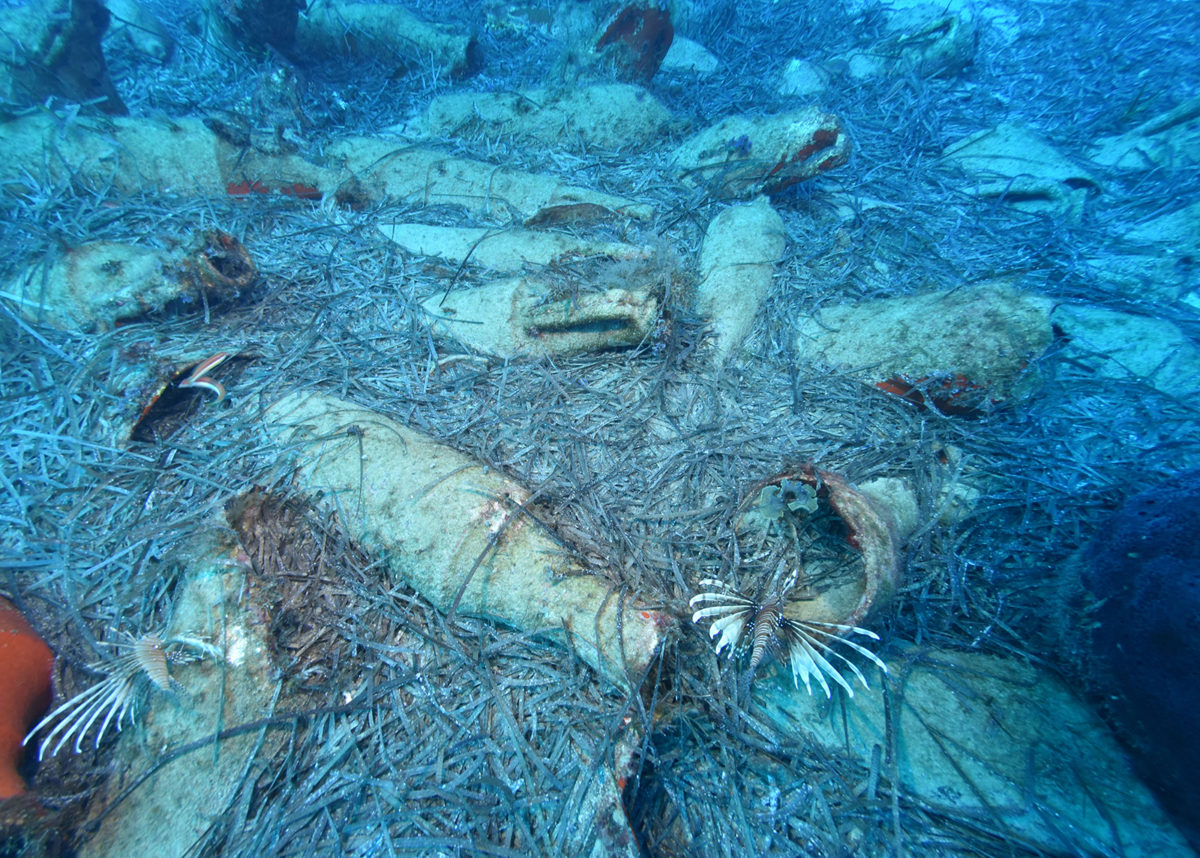 Ancient Shipwreck in the sea off Protaras, Cyprus

Dating back to the Roman times

The Department of Antiquities announces the discovery of an ancient shipwreck in the sea off Protaras, Cyprus. The site was reported by Spyros Spyrou and Andreas Kritiotis, both volunteer divers of the underwater archaeological research team of the Maritime Archaeological Research Laboratory (MARELab), Archaeological Research Unit, University of Cyprus. The Department of Antiquities acted immediately after it was reported, in order to secure the necessary funds to cover the cost of the preliminary in situ investigation, as soon as possible.

A team of MARELab archaeologists, students and volunteers, led by Dr Stella Demesticha, Associate Professor of Maritime Archaeology, is already at Protaras. The team is working on the documentation and protection of the site, in collaboration with Dr Dimitris Skarlatos, Associate Professor in the Department of Civil Engineering and Geoinformatics, Cyprus University of Technology, and Eleni Loizides, Conservator, at the Department of Antiquities.

The site is a wreck of a Roman ship, loaded with transport amphorae, most probably from Syria and Cilicia. It is the first undisturbed Roman shipwreck ever found in Cyprus, the study of which is expected to shed new light on the breadth and the scale of seaborne trade between Cyprus and the rest of the Roman provinces of the eastern Mediterranean.

This project also marks a milestone for Cypriot archaeology, because it is the first time that an underwater archaeological project is fully funded by the Ministry of Transport, Communications and Works.

The Department of Antiquities and the Archaeological Research Unit of the University of Cyprus express their deep appreciation and thanks to Spyros Spyrou and Andreas Kritiotis for immediately reporting their discovery to the authorities. Sincere thanks are also owed to all volunteers and supporters of this project, which was organized on a very short notice; thanks also to the generosity and collaboration of diverse institutions and individuals. This enthusiastic mobilization of authorities and citizens around an important archaeological site sends optimistic messages regarding the protection of cultural heritage by Cypriot society.