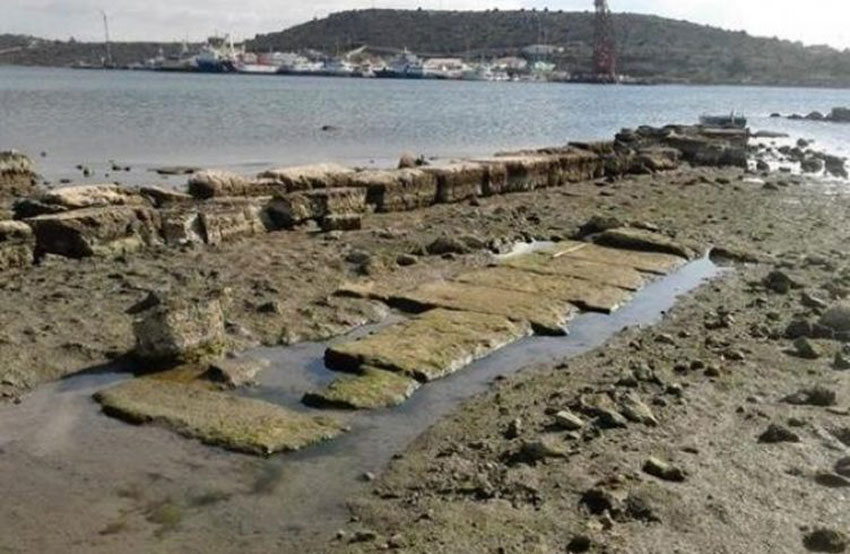 Upgrading and promotion of the ancient harbour of Salamis

Cleaning operations have begun in the Ancient Harbour of Salamis as part of the initiative taken for its upgrading and protection.

Kynosoura and the ancient harbour -from where large cranes pulled out and removed various shipwrecks and bulky objects – were visited by the Deputy Regional Governor Panagiotis Chatziperos, who noted that “they were a disgrace to this sacred site” and added that “the project for the promotion of this World Heritage Site is now taking shape”.

Next, a briefing followed on the existing problems and proposals for their immediate solution, in a meeting with the Governor of the Public Port Authority Dimosthenis Bakopoulos, the Chairman of the Municipal Port Fund of Salamis Michalis Korros, Mr. Christos Maridakis, retired Admiral Michalis Koutsoukos, newly elected municipal councillors and residents of the island.

Mr. Chatziperos congratulated Mr. Bakopoulos and all the operators on their work and assured them of his support in their efforts in organizing the upcoming events for the2500th anniversary of the Historical Battle of Salamis.