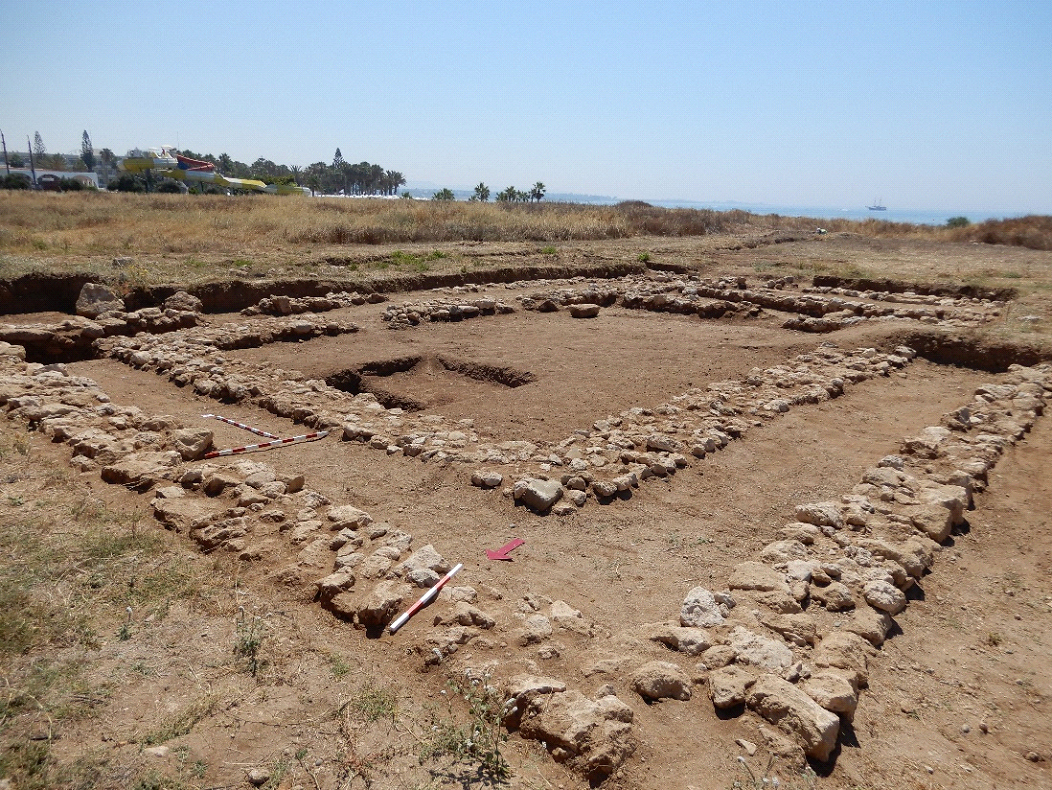 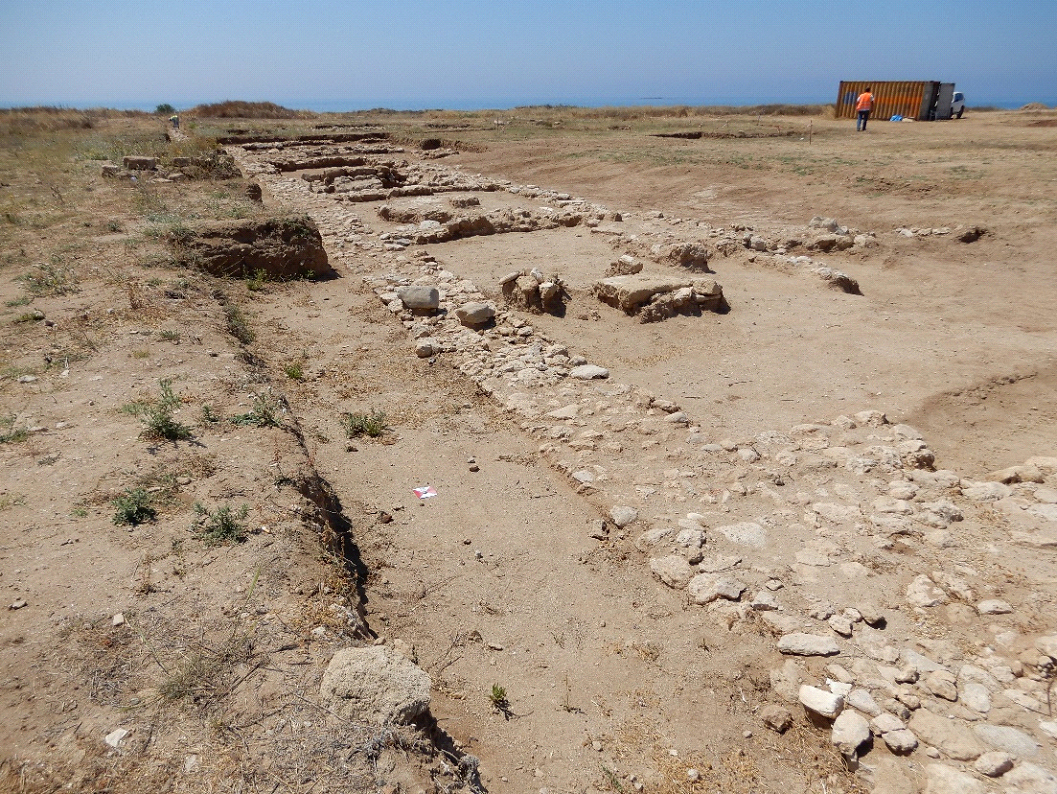 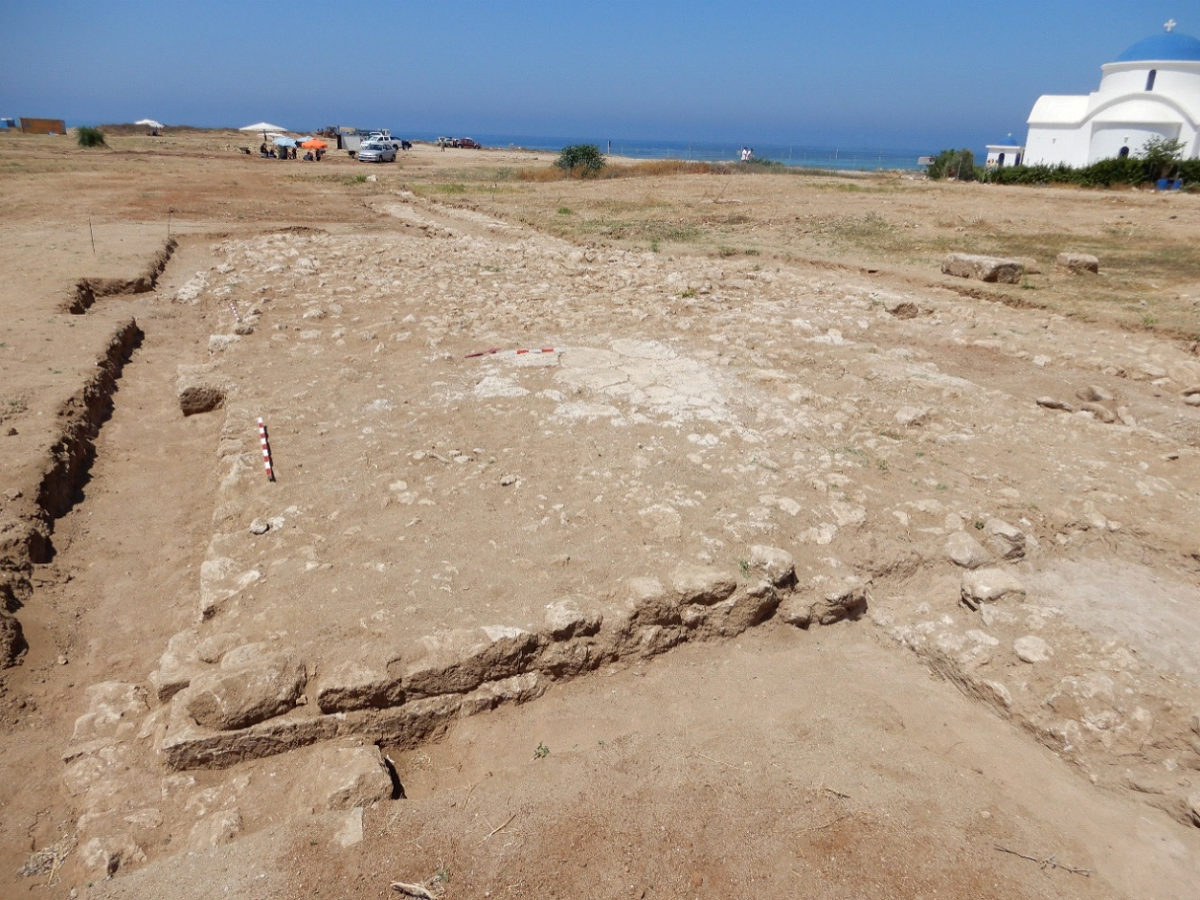 Dating back to the Hellenistic period

The 2019 excavation season at the location of Pachyammos, Geroskipou (Plot 223) under the direction of Archaeological Officer Dr. Eustathios Raptou, for the purposes of a development project for the construction of a hotel unit, has been completed.

Investigations in the area began in 2015, initially with small trial trenches, with work accelerating during the past few months. Following the completion of the last season (June 2019) it has with relative certainty become clear that the remains uncovered belong to a large sanctuary complex of the Hellenistic period, which unfortunately has been seriously disturbed through the centuries, after its abandonment.

Although mostly only the foundations of the buildings have been preserved to date, it has become clear from the architectural remains that the sanctuary complex comprises a Greek style temple ‘peristyle in antis’ surrounded by a ‘peribolos’ wall, or an enclosure.  The temple occupies the southeastern side of the complex.  On its northeastern side there was a large courtyard, or an atrium, surrounded by long stoas, possibly provided with colonnades and a series of rooms. Investigations have up to now revealed only the eastern side (almost in its entirety) and parts of the northern and western sides, where investigations need to be continued further.

In the northwestern corner of the courtyard the foundation of a massive structure, almost square in plan, has been uncovered. It is made from unworked stones. It is believed that this structure is the foundation of a cistern, since a partially preserved aqueduct leads into it.  The aqueduct consists of a long wall with debris from stone channels and clay water pipes. It runs across the plot under investigation in a northeasterly to southwesterly direction and has been uncovered over a distance of tens of metres. Along its course, to the north of the courtyard, a second cistern foundation has been revealed, which partly preserves the hydraulic plaster that coated the bottom of the cistern. Clay pipes extend from this structure along both sides of the cistern, running parallel to the aqueduct.

The organisation of the space and the typology of the buildings refer to a Greek type sanctuary built during the Ptolemaic period, probably on the remains of a preexisting local sanctuary from which slight evidence has come to light during the excavation. The discovery of important hydraulic installations indicates an increased need for and extensive use of large quantities of water perhaps suggesting the existence of groves and gardens related to the cults in antiquity.

The above views are preliminary, and only the continuation of investigations and study of the finds will allow us to draw firm conclusions concerning this important archaeological discovery.

In recent consultation with the Archbishop, it was decided that the uncovered archaeological site should be preserved as a unit within its natural environment together with the coastal protection zone, at a safe distance from the hotel and within a green zone. The Department of Antiquities will continue the excavations to reveal the archaeological remains.

It has also been decided that any architectural plans of the development project should be modified in close cooperation with the Department of Antiquities and must be adapted to the archaeological finds so as to guarantee the unity of the archaeological site and its harmonious coexistence with the project.

Finally, the archaeological site will be made accessible to the public and its protection will be ensured, by not permitting extensions or additions of new buildings to the project in the future.