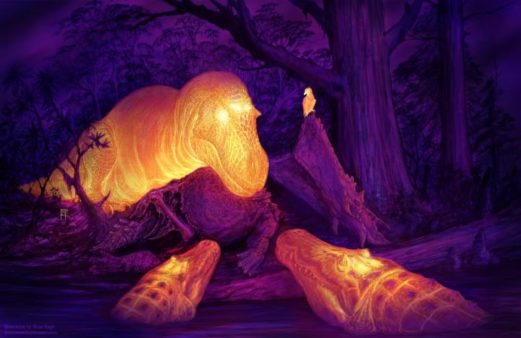 A graphic thermal image of a T. rex with its dorsotemporal fenestra glowing on the skull. Credit: Illustration courtesy of Brian Engh.
- +
by Archaeology Newsroom
05 09 '19 12:29

In the head of TRex