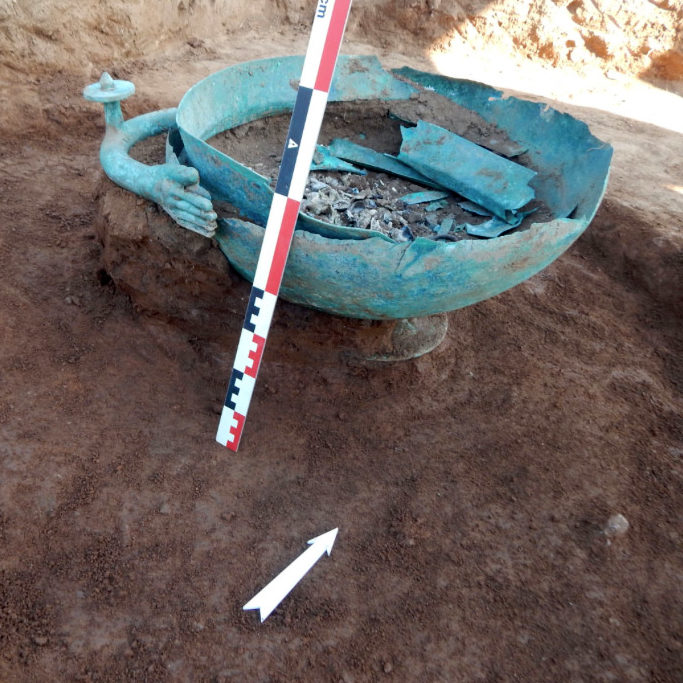 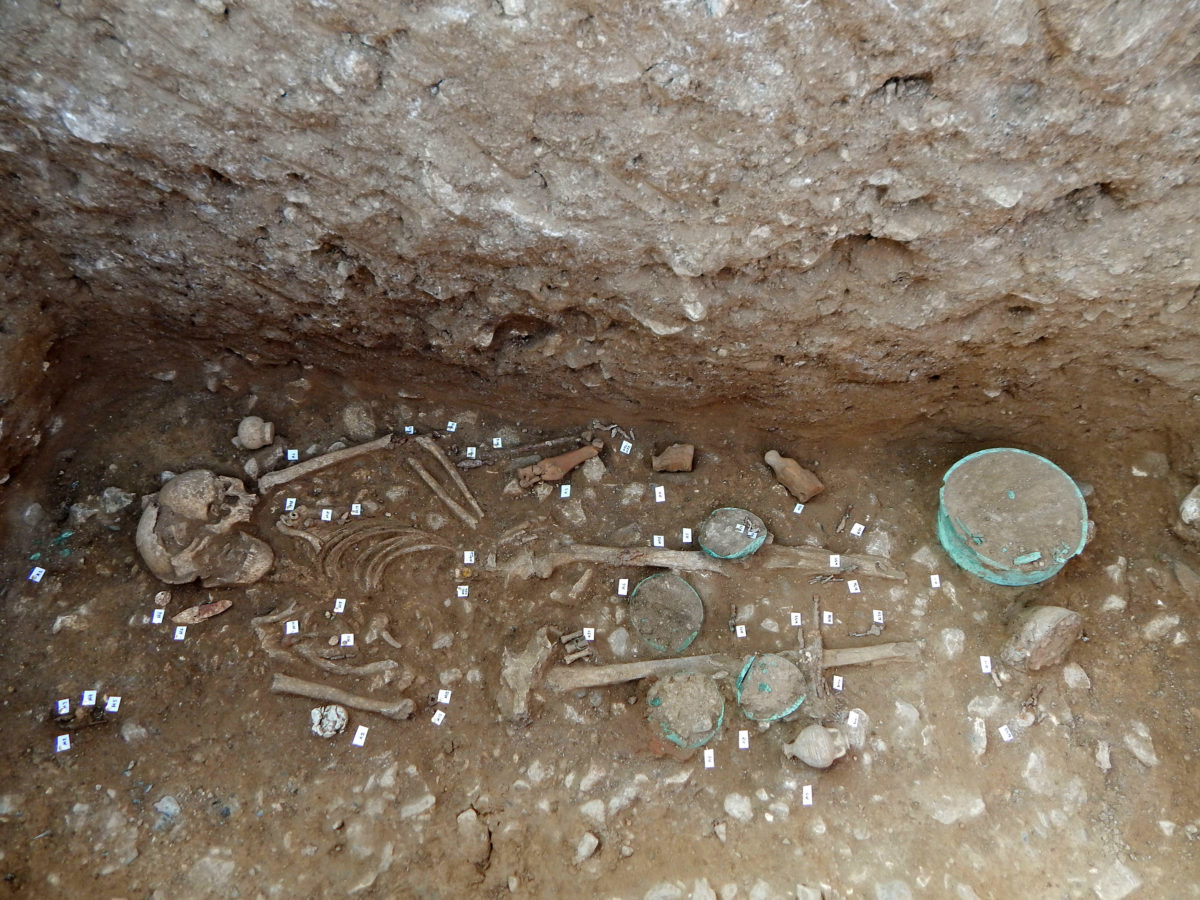 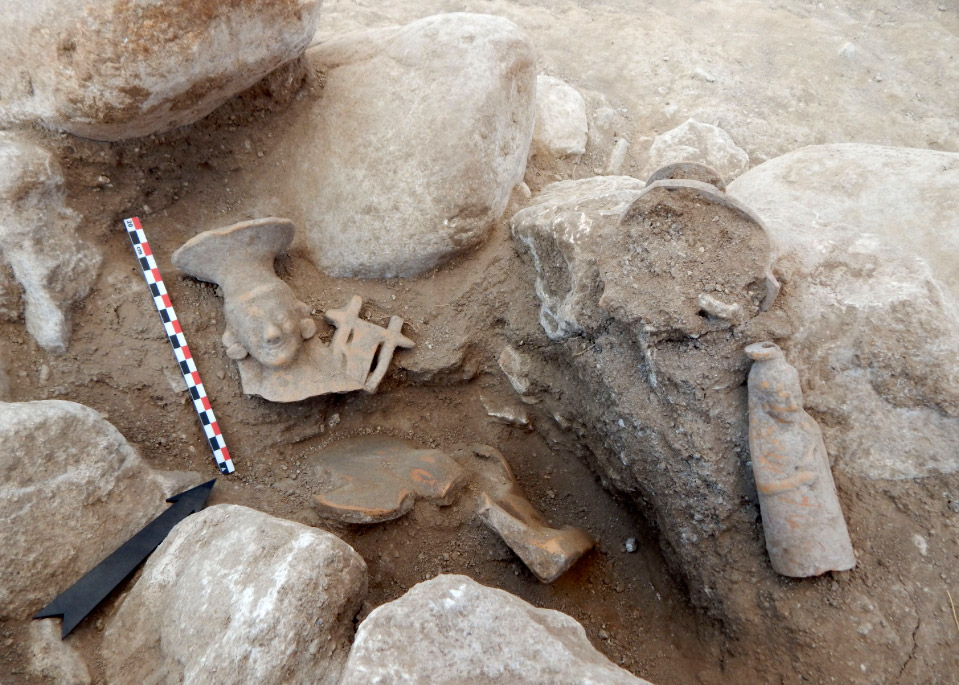 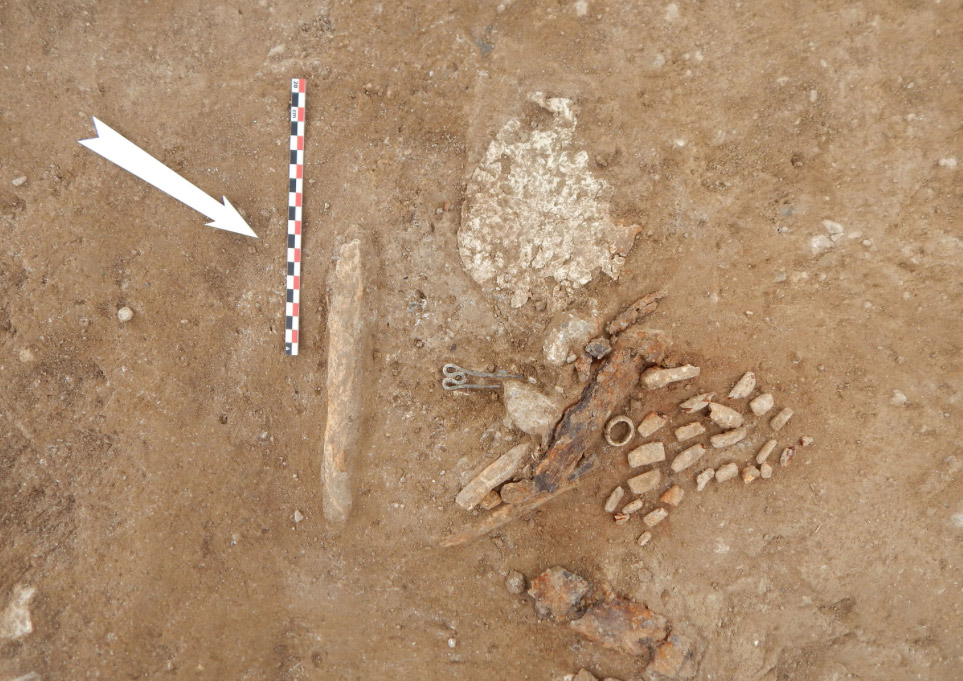 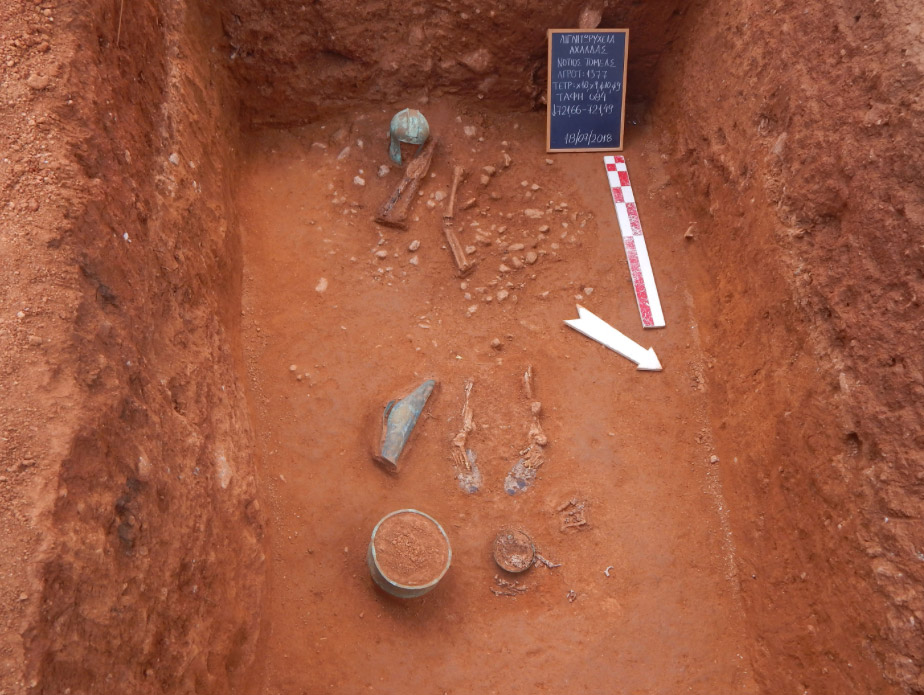 Over 200 burials were unearthed

Over 200 burials have been discovered during a rescue excavation in its sixth year at the archaeological site of Achlada, Florina, which is becoming one of the most important in Macedonia.

Specifically, during the 2019 excavation which lasted for three months, 209 burials were located and unearthed, 131 of which date to Byzantine times and 75 mainly to the Αrchaic period. In the area where this year’s excavation was focused, six burials stood out, demarcated by a burial enclosure of slate slabs and dry stone masonry measuring on average 4 x 3.50 m. In these particular burials the dead had been placed in pits, about two meters below the level of the enclosure, or in rectangular dry stone graves with paved floors. Unfortunately, these are looted burials having attracted the attention of grave robbers because of their monumental size. However, the findings from the specific area that escaped looting testify to the wealth, aristocratic origin, heroic character and leading role of some families of the Macedonian aristocracy in the political and social life of ancient Lyngos during the 2nd half of the 6th c. B.C.

For the first time, a total of four bronze helmets came to light of the so-called “Illyrian type”, differentiating the dead in terms of their armour from the rest of the warriors of Achlada. One partly looted tomb of a warrior stands out, containing among other things an “Illyrian-type” bronze helmet, a single bronze greave, iron spears, the iron model of a two-wheeled rural cart, gold leaf and silver shoe soles.

The practice of secondary cremation was applied in five burials. One was found in a large krater shaped bronze vessel, an outstanding example of ancient metalwork. The vessel is preserved in relatively good condition; it has a diameter of 0.55 m and a sculpted handle which ends in two grips in the form of human hands. It is a secondary cremation of a man, a warrior in fact, as the offerings suggest: namely, two iron swords, two iron spears, and a bronze helmet of the “Illyrian type” placed round the vessel, which was covered by a horizontal slate slab.

Furthermore, for the first time a spherical faience aryballos vase was unearthed along with clay figurines of an enthroned female form holding a dove and an enthroned sphinx with a lyre. Two sculpted vases with a standing female form were also found along with the bust of a mythical male figure, possibly Hercules, with the hide of an animal on his head, dating to Archaic times.

A unique finding is the gold mask discovered in a man’s-pit burial covered with dry stone masonry. Although the grave had been looted and disturbed, the following artefacts were saved apart from the funerary mask: a gold ring, a silver two prong brooch, parts of iron swords and iron spikes, amber tesserae, a bronze basin and a reverse prochous vase.

After the Sindos and the Pella Mansion cemeteries, Achladas is the third region in Macedonia where a funerary mask has been discovered. This finding reflects and partially confirms the literary version, through genealogical myths, of the kings (Timenids, Bacchiads) of Macedonia originating from the northeast Peloponnese, from Argos and Corinth respectively, with Hercules as their ancestral hero, while highlighting, as in the case of numerous other findings from Macedonia, the cultural affinity with the Doric tribes.

The ongoing rescue excavation is being carried out under archaeologist Liana Gelou, in an extensive cemetery functioning across many centuries and already numbering 1,290 graves. The earliest of these date to the Late Bronze Age, the most numerous being between the 6th and 3rd centuries. BC, while extensive use has been found of the cemetery in the Byzantine years. In the southern part of the same archaeological site and partly built over Prehistoric and Archaic-classical tombs, two Roman farmhouse complexes were discovered with production and workshop facilities.

The archaeological site of Achlada lies within the boundaries of an expanding lignite mine belonging to the “Lignite Mines of Achlada SA” company. The Florina Ephorate of Antiquities is monitoring the mining activities and systematically carries out trial trenches and rescue operations.