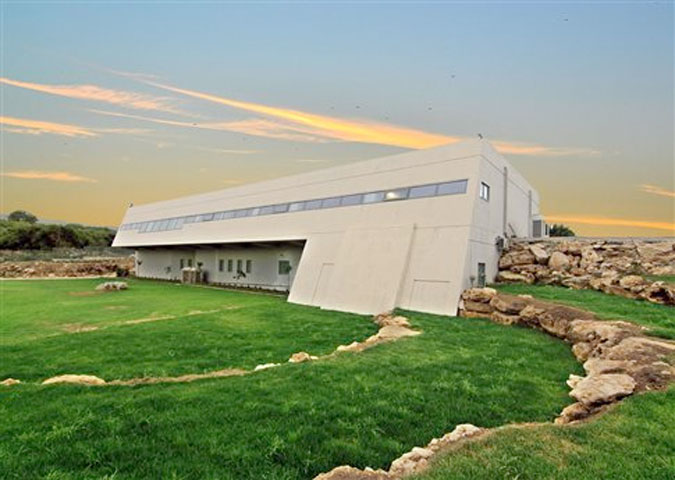 The greater area of Eleutherna is an important tourist destination

The greater area of Eleutherna, in the province of Mylopotamos of the Rethymnon prefecture aspires to become the most important tourist destination on Crete, with its culture as an asset, resulting from the archaeological excavations at ancient Eleutherna and its new museum in the region. Nikos Stambolidis, professor at the University of Crete, whose name is associated with the excavations at ancient Eleutherna and the museum’s construction, focuses on the need to link culture with tourism.

Following the discovery of new findings in ancient Eleutherna, Professor Stambolidis addressed an event of the Daskalandonakis Grecotel Group, on the occasion of completing the restoration of the Rethymnon Conservatory (Neratze Cami), funded by the Nikos Daskalandonakis Foundation. Among other things, he pointed out that Eleutherna is the “heart” of Crete, thus constituting the second important pillar of Cretan culture, after Knossos.

A visit to Crete will now be incomplete, if one does not also pay a visit to the archaeological site of Eleutherna, said Professor Stambolidis. Referring to Eleutherna, he stressed that this is the history of the dawn of Greek culture, of the post-Minoan era; the counterweight to Knossos and to the one sided approach to Crete’s Minoan past.

Following recent discoveries at the most important archaeological site in the prefecture of Rethymnon—Professor Stambolidis’ excavation unearthed two “basilicas – Christian churches”—new data is being created on the area’s culture which to date, had been identified with heroes from the Homeric era.  It will now be interesting to hear the professor’s answer to the question regarding the construction of the basilicas: did the Christians create them by destroying pagan temples and monuments or did they make use of abandoned monuments of the ancient world? “Did the Christians behave like Jihadists or did they simply continue peacefully to leave their own mark?” , wonders Professor Stambolidis.

The Eleutherna Museum welcomes more than 600 visitors every day, constituting an important part of Crete’s cultural events. The museum is not just innovative in confirming Crete’s Homeric world. It also aims to regularly renew its artefacts in the permanent exhibition with both the latest and earlier finds from the excavation. In this way, the public will not lose its interest in a museum that is associated with an ongoing and expanding excavation at the archaeological site. The exhibition is accompanied by innovative and modern audiovisual applications.