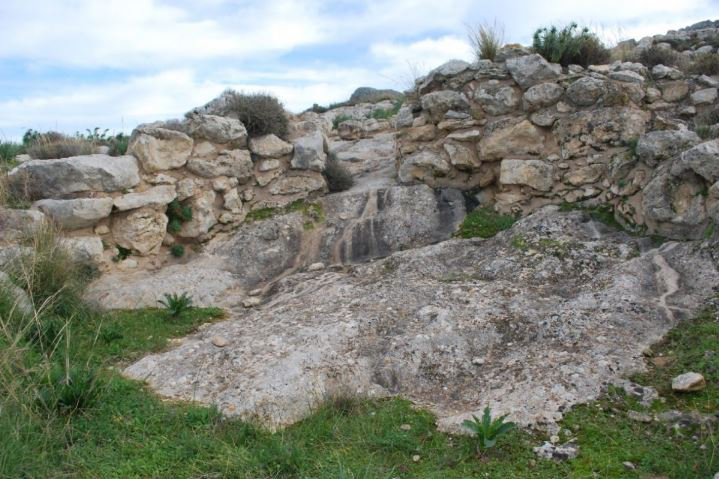 Examining the position occupied by tombs in their landscape in Prepalatial Crete gives us new insights into the role played by burial sites, mortuary practices and the deceased in the living society.

Tholos A at Apesokari, in south-central Crete (Greece) is one of ca. 85 Early and Middle Bronze Age circular tombs discovered so far in Crete. A recently published article contributes to the understanding of Tholos A in its landscape and chronological context, while offering an opportunity to address questions pertaining to community, communal identity, strategies of exploitation of the local landscape, and regional interactions in Prepalatial Crete.

The article, “Patterns of Visibility, Intervisibility and Invisibility at Bronze Age Apesokari (Crete)” by Dr. Sylviane Déderix of the University of Heidelberg in Germany, has been published in De Gruyter’s open access journal, Open Archaeology.

Tholos A was excavated during World War II by August Schörgendorfer, an Austrian archaeologist and officer in the Wehrmacht, but it remained unstudied until a few years ago, when a new research program was started by Dr. Georgia Flouda of the Heraklion Archaeological Museum. As part of this program, Geographical Information Systems (GIS) were employed by Dr. Déderix to examine the possibility that concerns of visibility, intervisibility and invisibility may have influenced the placement of Tholos A in the landscape of Bronze Age Apesokari.

Built on a sloping ledge of bedrock overlooking the Mesara Plain, Tholos A at Apesokari occupies an unusual (and quite inconvenient) topographic setting in comparison with most circular tombs. The article discusses GIS-based viewshed analyses that were undertaken to assess whether such a location was intended to maximize the visual impact of the tomb and ensure (or, conversely, prevent) intervisibility with specific features in the landscape. The results of the analyses demonstrate that, even though Tholos A was highly visible in its local landscape, it was invisible from the habitation site and a second circular tomb known in the surroundings. The choice of location of Tholos A may, however, have been intended to visually control parcels of land located in the valley below and/or to increase the visibility of the tomb from an optimal path traversing the area.

“At the cutting edge of the developing collaboration between GIS analysis and prehistoric fieldwork, Déderix addresses a specific question about the siting of one Minoan tomb to investigate how digital technology can work in the service of archaeology rather than the other way round,” said Lucy Goodison, the Phyllis and Eileen Gibbs Travelling Fellow at Newnham College Cambridge. Read the full paper – Click Here