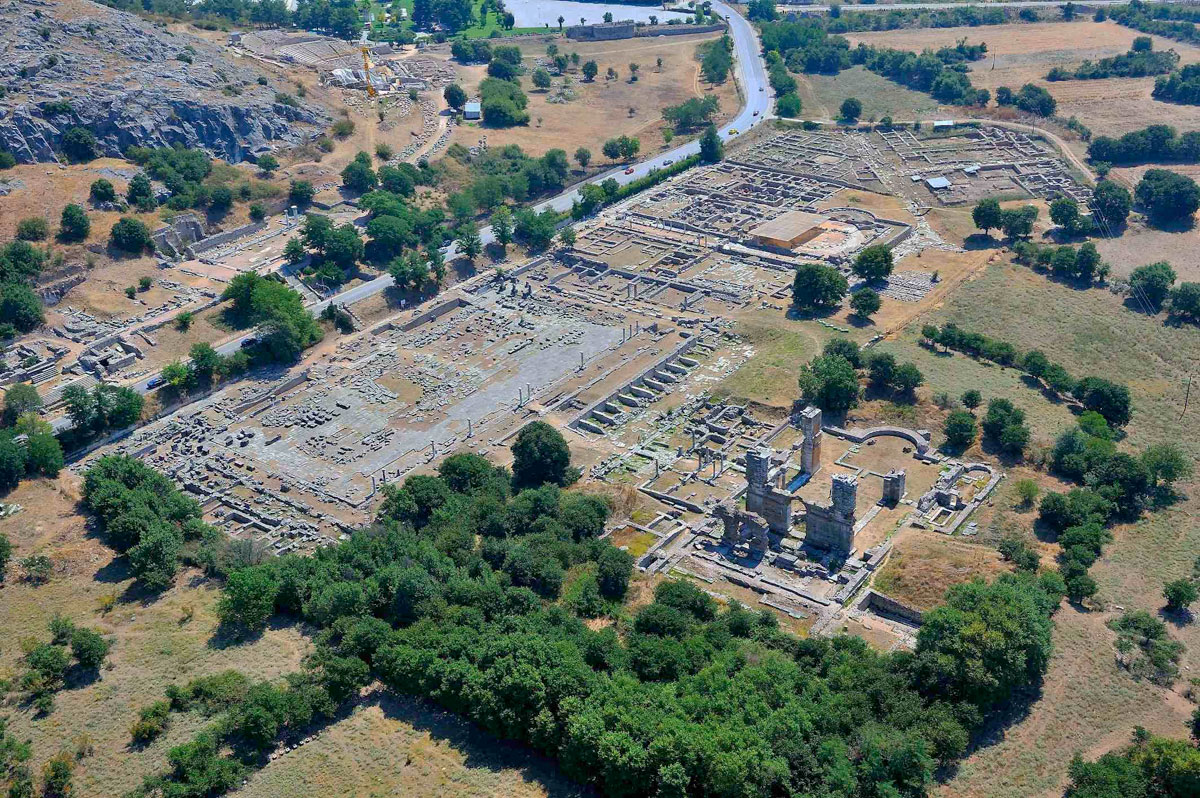 The archaeological site of Philippi is being unified

It is entering a new phase of upgrading

The archaeological site of Philippi, the last monument in Greece included on the UNESCO World Heritage List, is preparing to be upgraded to a large degree and at the same time reveal even more evidence of its long rich history.

After many years, Philippi, the famous city of the king of Macedonia, is preparing to enter into a new phase of upgrading while for the first time the entire archaeological site will be unified. This was the first city in all of Europe fortunate to hear Paul the Apostle preach the gospel in 55 AD and the site in 42 BC of one of the most significant battles that would change the future of the mighty Roman Empire.

Since the 1930s, when construction work began of the old Kavala-Drama national highway, this unique thoroughfare connecting the two towns of Eastern Macedonia had crossed the archaeological site. As a result, dozens of cars, buses and trucks have literally driven through the archaeological site of Philippi every day, with passing drivers and visitors able to admire, although only from above, the ruins of Early Christian churches and part of the ancient Agora.

The works and anticipated findings

According to the scheduling of the works already underway, apart from the removal of the asphalt road surface and the unification of the site, the ancient road network between the monuments is to be excavated to improve accessibility. Soil and rubble will also be removed from earlier excavations, new fencing installed, a new entrance established on the site’s west side, the eastern part of the fortification restored and enhanced, and lastly archaeological documentation made of the findings and necessary information material published for visitors.

Scientific research and historical evidence show that the temples and cultural buildings such as the ancient theatre and other buildings of worship were situated in the upper part of the ancient city of Philippi with the administrative centre and the Agora /Forum being in the lower part.

The authenticity of the archaeological landscape

Two and a half years since June 2106 when Philippi was unanimously declared a Listed World Heritage Monument during the 40th UNESCO Conference on Cultural Heritage held in Istanbul on the eve of the coup in Turkey, the famous ancient city in Eastern Macedonia is entering a new period.

Philippi, distinguished by the authenticity of its archaeological landscape, an element that contributed considerably to its being included in UNESCO, is still, centuries after its heyday,a place full of charisma where Christianity encounters the ancient Greek civilization. The site continues to combine the beauty of nature with a vivid memory of great events that left their mark on world history.