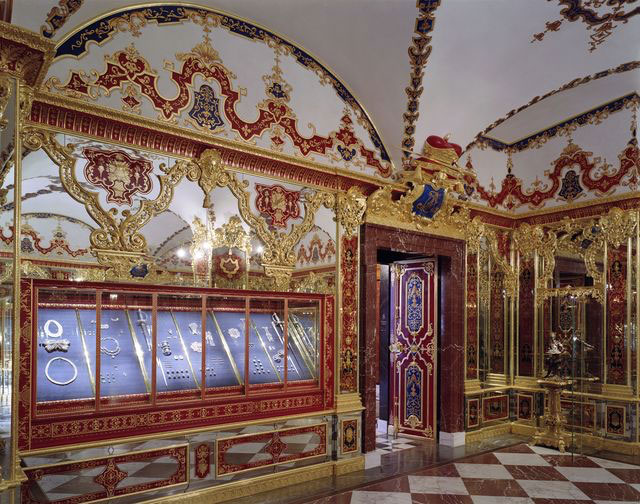 Dresden Museum thieves got away with “priceless” jewellery

From the 18th century

Three sets of diamonds and rubies of “immeasurable worth” were stolen last Monday morning from the Dresden Museum in Germany, announced museum head Marion Ackermann.

At least two thieves managed to enter the museum before 5.00 am (local time), steal three sets of jewellery dating from the 18th century, and then get away, reported police investigators in a press release.

The jewellery was part of the exhibits of the Grünes Gewölbe (Green Vault) museum situated inside a castle in the city and home to one of the most important collections of treasures in Europe.

Images on the surveillance cameras show two men entering the museum through a barred window. They then break into three show cases and remove the jewellery sets inside them.

Just before the burglary, a fire had destroyed an electrical transformer near the museum deactivating the alarm system. The investigators however refused at this stage to connect the two events.

The museum head was not in a position to estimate the damage suffered by the museum. “We cannot give a value to the stolen items because they are impossible to sell”, explained Ms Ackermann, adding that the historical and cultural value of the three sets of jewellery is “priceless”.

Built in the 16th century, the museum is famous for possessing one of the most important collections of old jewellery in Europe.

Part of the museum which is one of the oldest in Europe had been destroyed during the Second World War in the allied bombing on February 13, 1945 and was subsequently rebuilt.

Some of the works had been taken to the Soviet Union by the Red Army, but were however returned to Dresden in 1958.