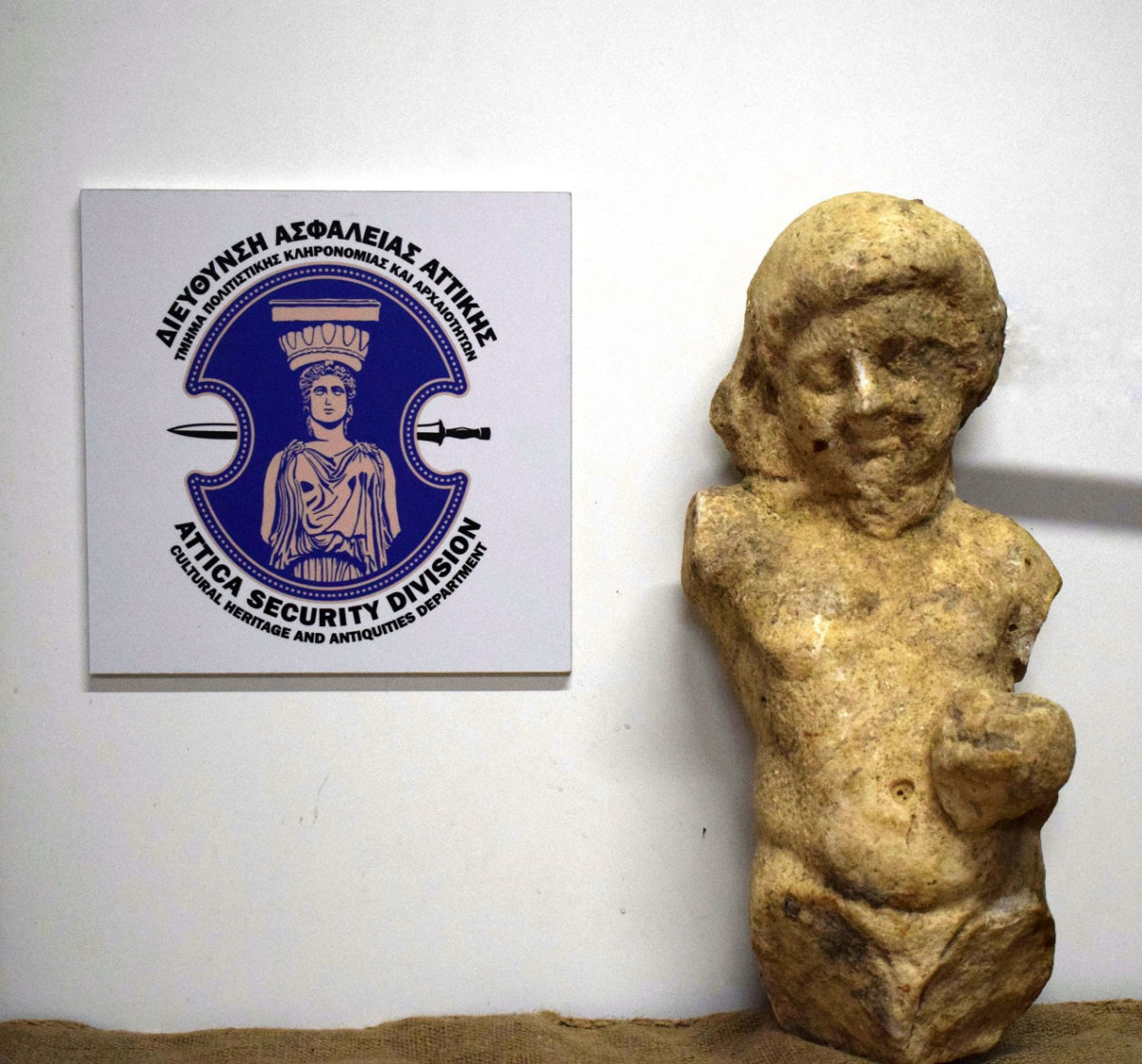 Part of an Archaic statue was to be sold

A man was arrested in Messenia

A man of 34 was arrested on Tuesday November 26 in Messenia by police officers from the Department of Cultural Heritage and Antiquities of the Security Directorate of Attica for the illegal possession of a highly valuable ancient movable monument with intention to sell.

A criminal case has been filed against him for infringement of the provisions of the Law on the Protection of Antiquities and Cultural Heritage in general.

Specifically, while investigating a case of illegal possession of a very valuable ancient statue by a person seeking buyers for the sum of € 350,000, a team of police officers located the man and while searching his home, found and confiscated part of a marble statue.

The confiscated antiquity was then shown to an expert archaeologist from the Ephorate of Antiquities of Messenia, who pronounced it to be subject to the provisions of the Protection of Antiquities Act and Cultural Heritage in general and an object of great value, originating from an ancient provincial workshop. It is part of a marble statue of the Archaic period (6th century BC) with high relief details, 60cm high and 33cm wide, depicting a nude youth.

The ancient artefact will be handed over to the Archaeological Museum of Kalamata for safekeeping and a final evaluation.