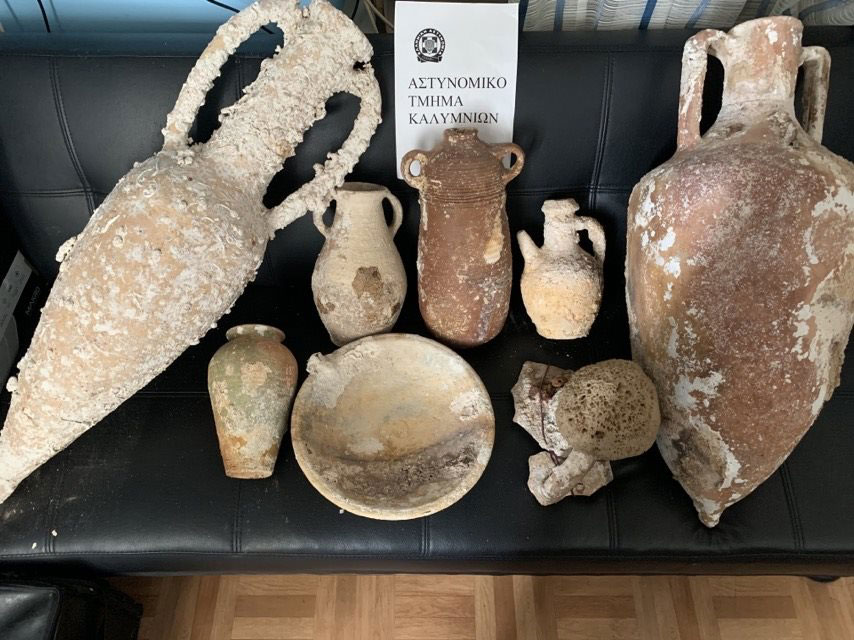 Two arrests on Kalymnos for illegal possession of antiquities

Confiscated among other items were four ancient pottery amphorae

A man of 37 and a woman of 38 were arrested on Wednesday November 27, 2019 on Kalymnos by officers of the local police department, accused of illegal possession of antiquities.

The confiscated items will be handed over to the appropriate services of the Ministry of Culture for further assessment.