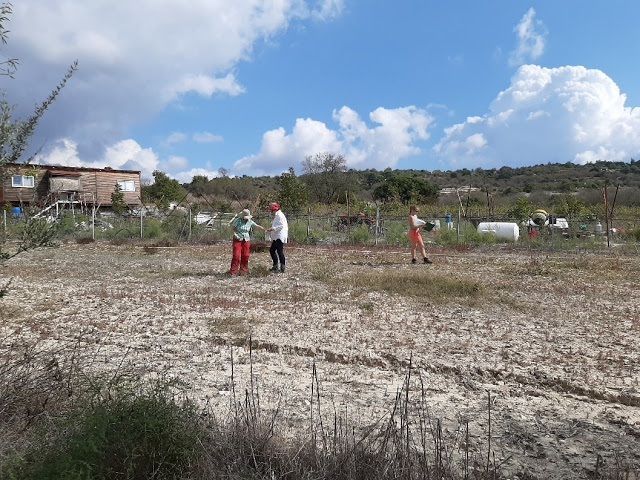 The finds range from the Bronze Age to the Byzantine period

The Department of Antiquities, Ministry of Transport, Communications and Works announced the completion of the first archaeological survey campaign of Graz University (Austria) in Amargeti, Paphos District, under the direction of Dr. Gabriele Koiner. The survey was conducted from 22 to 29 October 2019, in cooperation with the Department of Antiquities and the Cyprus University of Technology.

The survey project aims at the systematic and interdisciplinary investigation of the archaeological landscape and remains of Amargeti, as well as the preservation and promotion of the cultural heritage for the benefit of the people of Amargeti and society in general. The archaeological aims shall be achieved by documenting surface finds, detecting and analysing subsurface structures by geophysical methods and remote sensing.

The first campaign focused on a general analysis of the cultural landscape of Amargeti as well as on intensive field walking at the locales of Asomatos and Petros Anthropos. The collected finds range from the Bronze Age to the Byzantine period.

The survey team was supported by the President of the Local Community of  Amargeti, Androulla Dimitriou, and the inhabitants of Amargeti. The team was warmly hosted by Yiota Kaizer, Kaizer Agrotourism. It is hoped that future fieldwork, which will be conducted in 2020, will enhance our knowledge on the archaeological landscape of Amargeti.