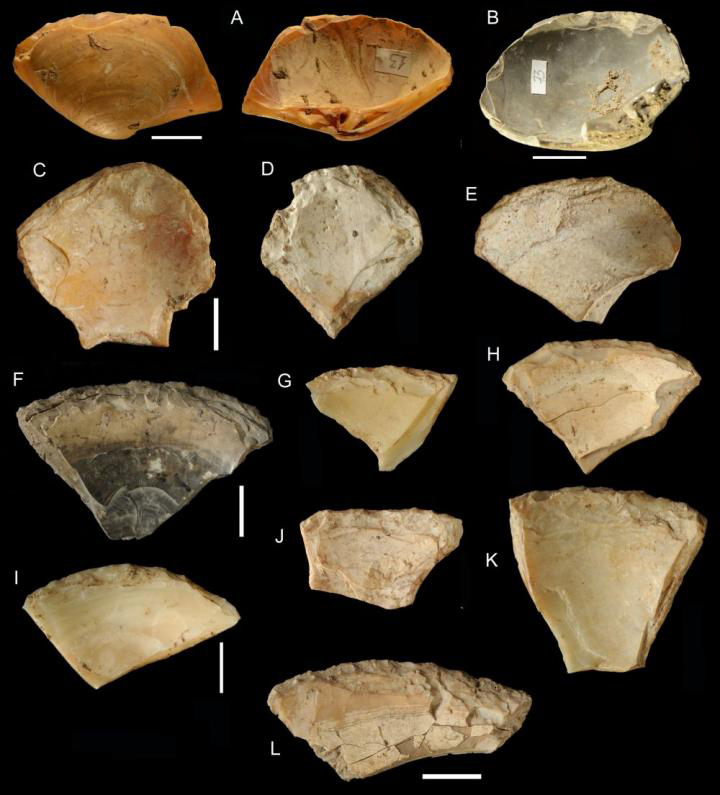 Neandertals went underwater for their tools

They collected clam shells and pumice from coastal waters

Neandertals collected clam shells and volcanic rock from the beach and coastal waters of Italy during the Middle Paleolithic, according to a study published January 15, 2020 in the open-access journal PLOS ONE by Paola Villa of the University of Colorado and colleagues.

Neandertals are known to have used tools, but the extent to which they were able to exploit coastal resources has been questioned. In this study, Villa and colleagues explored artifacts from the Neandertal archaeological cave site of Grotta dei Moscerini in Italy, one of two Neandertal sites in the country with an abundance of hand-modified clam shells, dating back to around 100,000 years ago.

The authors examined 171 modified shells, most of which had be retouched to be used as scrapers. All of these shells belonged to the Mediterranean smooth clam species Callista chione. Based on the state of preservation of the shells, including shell damage and encrustation on the shells by marine organisms, the authors inferred that nearly a quarter of the shells had been collected underwater from the sea floor, as live animals, as opposed to being washed up on the beach. In the same cave sediments, the authors also found abundant pumice stones likely used as abrading tools, which apparently drifted via sea currents from erupting volcanoes in the Gulf of Naples (70km south) onto the Moscerini beach, where they were collected by Neandertals.

These findings join a growing list of evidence that Neandertals in Western Europe were in the practice of wading or diving into coastal waters to collect resources long before Homo sapiens brought these habits to the region. The authors also note that shell tools were abundant in sediment layers that had few stone tools, suggesting Neandertals might have turned to making shell tools during times where more typical stone materials were scarce (though it’s also possible that clam shells were used because they have a thin and sharp cutting edge, which can be maintained through re-sharpening, unlike flint tools).

The authors add: “The cave opens on a beach. It has a large assemblage of 171 tools made on shells collected on the beach or gathered directly from the sea floor as live animals by skin diving Neandertals. Skin diving for shells or fresh water fishing in low waters was a common activity of Neandertals, according to data from other sites and from an anatomical study published by E. Trinkaus. Neandertals also collected pumices erupted from volcanoes in the gulf of Naples and transported by sea to the beach.”