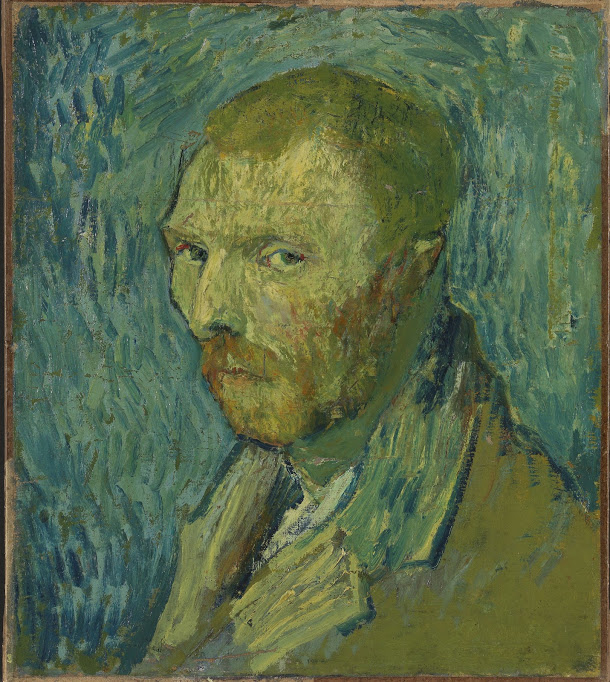 The Van Gogh Museum in Amsterdam and the Nasjonalmuseet in Oslo have announced that the ‘Self-Portrait’ (1889) in the Norwegian museum’s collection really is by Vincent van Gogh.

The work’s authenticity had been questioned for some time, but the Van Gogh Museum has now confirmed the attribution after extensive technical and stylistic examination.

Van Gogh painted the self-portrait at the end of his first major psychotic episode at the Saint-Rémy asylum in the late summer of 1889. For the time being, it is the only work he is known to have painted while suffering from psychosis.

The Self-Portrait went on display yesterday on the third floor of the Van Gogh Museum in Amsterdam and will feature in the exhibition In the Picture that opens on 21 February.

The Nasjonalmuseet in Oslo purchased the painting in 1910, making it the first self-portrait by Van Gogh to enter a public collection. Despite this early acquisition, the work’s authenticity has been openly questioned since 1970.

Its provenance was incomplete and the work was not deemed typical of Van Gogh in terms of either style or use of colour. Experts were unable, moreover, to agree the precise date of its execution, suggesting not only Arles, but also Saint-Rémy-de-Provence and Auvers-sur-Oise as its place of origin.

Additional research carried out by the Nasjonalmuseet in 2006 revealed more about the self-portrait’s provenance: the painting turned out to have belonged to Joseph and Marie Ginoux in Arles, who were friends of Van Gogh. Precisely when the couple were given the work remained an open question, along with the date of its creation.

In 2014, the Nasjonalmuseet invited the Van Gogh Museum to carry out a comprehensive study of the self-portrait. Based on its style, technique, material, provenance and unusual iconography, the researchers have now concluded that the previously expressed doubts were unfounded.

The self-portrait is unmistakably the work of Van Gogh and was painted by him at the end of August 1889. The somewhat unusual type of canvas, the pigments, the sombre palette and the brushwork are all in keeping with his output in the late summer and autumn of that year.

The Oslo painting is the only work that can be linked to the self-portrait that Van Gogh described in a letter to his brother Theo on 20 September 1889 as “an attempt from when I was ill”.

The artist was struck down by a severe psychotic episode in mid-July 1889 that lasted for a month and a half, until 1 September. He was still “disturbed” at the end of the crisis, as he wrote on 22 August, but he nevertheless felt able to paint again.

The self-portrait must have been done shortly after 22 August and was followed at the beginning of September by his two famous self-portraits of 1889, now in the National Gallery of Art in Washington and the Musée d’Orsay in Paris.

Unlike those two latter works, the Oslo self-portrait firmly depicts someone who is mentally ill. Van Gogh portrayed himself with his head slightly bowed and his body turned somewhat away from the viewer. His timid, sideways glance is easily recognizable and is often found in patients suffering from depression and psychosis.

The expression on his face is lifeless and the image as a whole is dominated by a brownish-green, downbeat tone.

“Although Van Gogh was frightened to admit at that point that he was in a similar state to his fellow residents at the asylum, he probably painted this portrait to reconcile himself with what he saw in the mirror: a person he did not wish to be, yet was”, says Louis van Tilborgh, senior researcher at the Van Gogh Museum and Professor of Art History at the University of Amsterdam.

“This is part of what makes the painting so remarkable and even therapeutic. It is the only work that Van Gogh is known for certain to have created while suffering from psychosis.”

Self-Portrait (1889) is currently on display on the third floor of the Van Gogh Museum. It will then feature from 21 February in the exhibition In the Picture, which is devoted entirely to the role and meaning of artists’ portraits.

Afterwards, the work will return to Oslo, where it will be displayed as part of the Nasjonalmuseet’s permanent collection when the new museum opens in the spring of 2021.