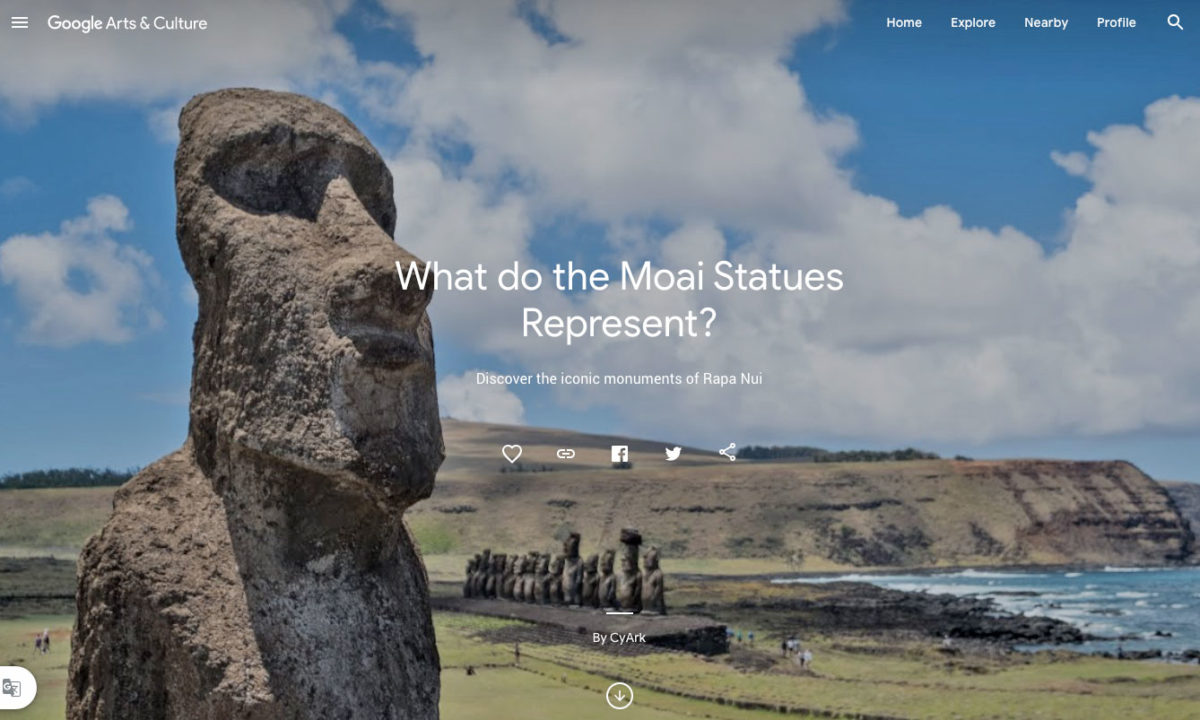 On the “Heritage on the Edge” portal

An online database of UNESCO World Heritage Sites threatened by climate change has been created by the International Council on Monuments and Sites (ICOMOS) in collaboration with Google and the non-profit Organization CyArk for 3D recording and archiving.

The “Heritage on the Edge” portal presents the huge sculptures on Easter Island, Edinburgh, the ancient mosques in Bagerhat, Bangladesh, the city-port Kilwa Kisiwani in Tanzania and archaeological finds in Chan Chan, Peru.

The database analyzes the history of each site with photos, 3-D models, and interviews with experts and residents.

The impact of climate change on the five sites ranges from erosion caused by wave impact and wind forces to rising sea levels that threatens the coherence of rocks and causes ocean acidification and torrential rains.

“Culture and heritage are important to people”, writes Andrew Pots, co-ordinator of the ICOMOS Climate Change and Heritage Working Group, in a blog post on the application Google Arts & Culture. “And when you talk about climate change, it’s a debate about culture, a debate about people”, he adds.

“Climate change is something that scares many people, but there is hope”, says Milagros Flores from ICOMOS on “Heritage on the Edge”.

“It’s about realizing that we have to be alert. To understand that this is the time for everyone to take on their own role so that everyone can plant their seed in this great endeavour ” she notes.

Users can browse photos, listen to audio files, read stories and explore locations. Some pages, such as the one on Edinburgh, capital of Scotland, also include interactive graphics. Heritage on the Edge also offers two augmented reality “pocket galleries” featuring the square mosque of Bagerhat and the Gereza Fortress in Kilwa Kisiwani.