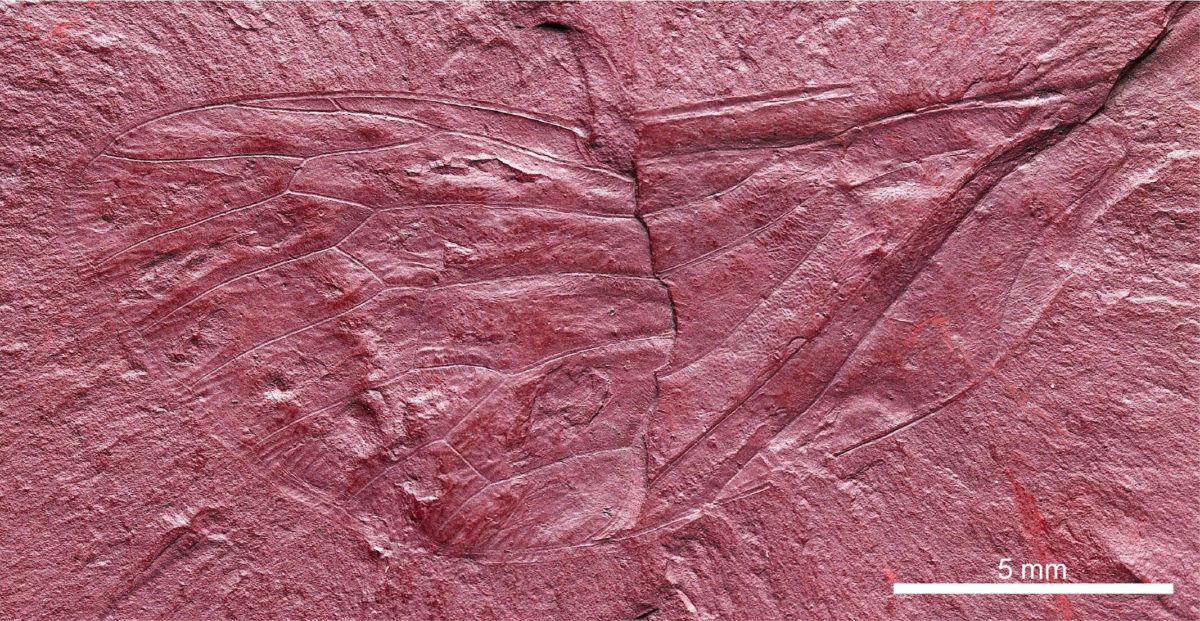 A fossilised insect wing discovered in an abandoned mine in Labrador has led palaeontologists from McGill University and the University of Gdańsk to identify a new hairy cicada species that lived around 100 million years ago.

Maculaferrum blaisi, described in a study published in Acta Palaeontologica Polonica, is the first hemipteran insect (true bug) to be discovered at the Redmond Formation, a fossil site from the Cretaceous period near Schefferville, Labrador.

Alexandre Demers-Potvin, a Master’s student under the supervision of Professor Hans Larsson, Director of the Redpath Museum at McGill, said that a single wing was sufficient to identify the family to which the insect belonged.

“We were easily able to demonstrate that the insect belonged to the Tettigarctidae family thanks to the pattern of the veins we observed on its wing,” said Demers-Potvin, who is also a 2018 National Geographic Explorer.

The genus name (Maculaferrum) is derived from the Latin words macula – spot – because of the spotted pattern found on parts of the wing and ferrum – iron – due to the high iron content of the red rocks found at the Redmond site. The species name – blaisi – is in honour of Roger A. Blais, who conducted the first survey of the Redmond Formation and of its fossils in 1957 while working for the Iron Ore Company of Canada.

“This gives us a better understanding of the site’s insect biodiversity during the Cretaceous, a time before the dinosaurs were wiped out,” Demers-Potvin added. “The finding also illustrates that rare species can be found at the Redmond mine and that it deserves the attention from the palaeontological community.”

“The find is exciting because it represents the oldest, diverse insect locality in Canada. It’s also from an exciting time during an evolutionary explosion of flowering plants and pollinating insects, that evolved into the terrestrial ecosystems of today,” said Larsson.