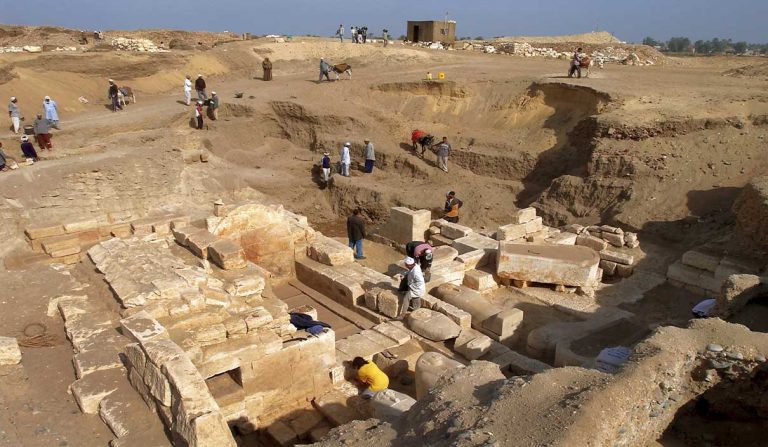 The twenty-eighth excavation campaign has begun

The archaeological mission of Oxyrhynchos has begun its twenty-eighth
excavation campaign on the 14th of February. The mission is composed
by a multidisciplinary team of more than twenty specialists in various
fields of Egyptian research: archaeologists, epigraphers, ichthyologists,
anthropologists, restaurateurs, papyrologists, architects, as well as
Egyptian workers and inspectors of the Service of Antiquities.

Excavation, documentation and restoration work will be carried out for
more than a month in the so-called “Nécropole Haute”. This sector of
the site encompasses a necropolis over a thousand years old, dated
from the Saite Period (650 BC) through the Greco-Roman times to the
Coptic Period. In addition to the excavation of new sectors, the team
will deal with the study of materials unearthed in this campaign and
during the previous ones. Moreover, the team will be taken care of the
translation of texts and of the photogrammetric documentation for the
3D restoration of the monuments and graves found.

The ancient city of Oxyrhynchos, well known for the wealth of papyrus
texts found at the end of the 19th century, was one of the most
important metropolises of Roman Egypt however, its origins date back
to the Pharaonic period. The mission has so far discovered 9 Saite tombs
built with large blocks of stone, containing sarcophagi inside, many of
them epigraphic and with abundant funerary equipment. From the
Greco-Roman Period we highlight, in addition to the funerary structures,
an interesting catacomb-temple dedicated to the mysteries of the god
Osiris.

During the Byzantine period, the city became a provincial capital and
various religious structures were built, among which a large 90 meter
long columnar building stands out, housing a crypt with paleo-christian
paintings.

The work is carried out thanks to the financial contributions of the
different public and private institutions: Ministry of Culture and Sports,
Universitat de Barcelona, Université Paul Valéry-Montpellier III, Palarq
Foundation and the Catalan Society of Egyptology.